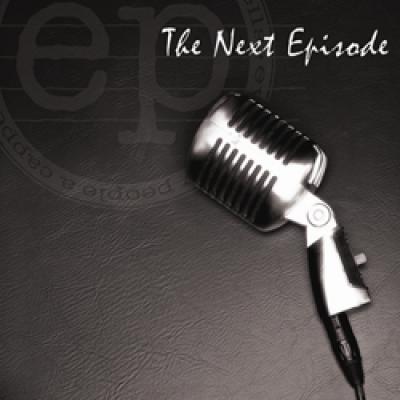 Everyday People, a group of many conundrums. Single entity or collection of individuals? Talented musicians who break down barriers or pretentious bourgeois kids who don't push the envelope nearly as far as they think they do? All of the above, it seems.

Everyday People is/are in fine musical form on this new album. The Next Episode is well sung throughout, with a fine mellow tone that glides from track to track in mostly mellifluous fashion. And yet. Within the first fifteen seconds of this record, I am completely alienated as a Stanford student earnestly declaims that "arts is for the people and by the people" in a spoken-word track that is trying too obviously to impress with its barrier-breaking sincerity.

Stanford is the fourth best university in the United States. "Arts" is not as hard as "Everyday People" to match with an appropriate-sounding verb form, especially if you're gonna go on about "the bouncing molecules of air that make the sounds we hear". So despite the lovely underlay of the chords from You Don't Know My Name (which sound even better here than they do in the subsequent proper track), this group manages to get on my nerves before they really get going.

This is a shame, because there is some very nice singing here. That double-duty track works quite well, as does the slow jam Lay Your Head on My Pillow with its great Pete Borum solo. I even like the laid-back groove on Are You That Somebody, even if they are too mature to indulge in even one incidence of my favorite sound sample from the original (that baby-meets-Bob Wills a-aaah that crackles through the chorus, that you don't even miss until it's not there any more). Only one track falls short — More Than Words, which is pretty out of tune and sounds like it was subsequently ignored in the production process too.

At least the album ends on an up note. I have grown fond of the Phil Collins/Justin Timberlake (via Naturally 7) mashup that closes out the disc. It's a good sound, with good energy. So maybe the next next episode will be better?

Stanford's Everyday People have found and settled into a very precise niche: downtempo R&B. On the one hand, such a well-defined repertoire makes The Next Episode fairly predictable. But what could sound like a weakness is in fact EP's core strength: the group has found a style, pace, and vibe that nicely suits its singers.

The album kicks off with a spoken introduction delivered by Brian Yoo; while it rambles a little, it does set a bit of a lounging hippie tone to the album that works well with the other songs included here. (As Yoo speaks, the group sings the background part to You Don't Know My Name, which makes for a smooth transition into the album's second track.)

Unfortunately, having such a mellow vibe can make for a bit of a repetitive listen. There's not much of a WOW factor in these arrangements, and while the group gives a solid performance, there's no obvious spark to the tracks (with the exception of Are You That Somebody, which has a gritty, sassy attitude to it). On You Don't Know My Name (among others), every verse and chorus sounds identical, which becomes somewhat boring for a listener.

Some of these arrangements are, in fact, downright weak: Ribbon in the Sky is overwrought with all/most of the voices singing words in harmony. Similarly, More Than Words and the Phil Collins portion of I Can Feel it/Losing My Way are both attributed to Naturally 7, indicating a cribbing or transcribing of a pre-existing recording rather than a new take on the songs (although both have arrangers listed in the liner notes).

With all that said, this is still an enjoyable album. The soloists here are outstanding; Makeda Perryman outperforms Aaliyah's original on the sultry Are You That Somebody, Pete Borum has a beautifully-controlled smooth tone on Lay Your Head on My Pillow (though I do wish that his lead had been a bit higher in the mix), and Fahad Al-Saud really nails Used to Love You. There's no arrangement or performance here that will knock your socks off, but The Next Episode is pleasant, well-performed, and consistent. Sure, that may not be enough to keep it from slipping into the background, but that low-key tone seems to be exactly what the Everyday People are going for.

Previously on the Stanford Everyday People: a long history of albums and accolades, including six BOCA appearances and six CARAs. After a five-year hiatus, we finally get The Next Episode, and it was worth the wait.

For our new viewers in the audience, the Everyday People bill themselves as "Stanford's only R&B, Hip-Hop, Motown and Soul A Cappella Group". Not merely content to specialize their repertoire, the group has also fully embraced and internalized the culture that goes with this music. The Next Episode begins with a spoken-word intro penned and performed by group member Brian Yoo. The free verse is fantastic and sets the tone perfectly for the rest of the album, but the underscoring from their own arrangement of You Don't Know My Name would have worked much better with a more seamless transition into that second track. Better yet, why not write some original music to go with those beautiful words?

The other thing that sets this group apart is their pure vocal sound. The blend and tuning are near-perfect with minimal post-production, and the soloists are all in top form. The arrangements are simplistic, never straying far from classic "doo"s and "bah"s, but they provide a blank canvas for song and soul. Slow jams like Lay Your Head on My Pillow and Please Don't Go are well suited to this style because they allow the passion of the backing block to come through, not to mention those delicious major 9th chords. More recognizable crossover hits like You Don't Know My Name and Are You That Somebody are less successful: on these, the backing block sounds more focused on getting the notes right. The one exception is Lawrence Zieske's fun take on Used to Love You, which features some great syllable choices ("hollah!") and smooth percussion throughout.

While it is definitely great to see Naturally 7 on the track list, these covers of covers feel like a cop-out. More Than Words is well executed, but Naturally 7 did it better. (And shame on Everyday People for not crediting the original artist!) The final track, a mash-up of I Can Feel It and Justin Timberlake's Losing My Way, is clever but falls just short of excellence thanks to a lack of energy in the middle of the song.

But wait ... a plot twist! The penultimate track, If I Ever Fall in Love, sounds nothing like Shai's classic a cappella version. Instead, the Everyday People cover the remix, complete with stellar sax solo by Travis Urban and Barry White-esque spoken interlude by Jarreau Bowen. This is hands-down the best track on the album and a solid candidate for the next BOCA or Sing.

In the end, The Next Episode is just that: the next thing from this phenomenal group, no gimmicks required. Even their missteps are better than most collegiate groups at their best. The Stanford Everyday People are the real deal, and their ownership of this a cappella sub-genre remains uncontested. To be continued ...