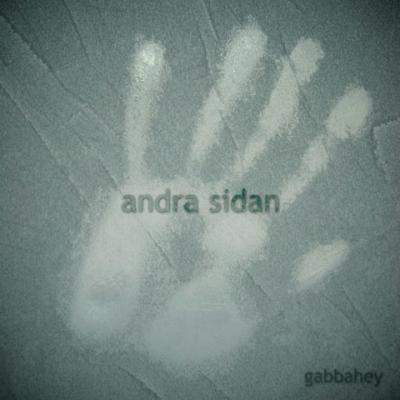 If Muse joined a band of a cappella gypsies who mastered the dark arts of jazz theory, then you might begin to approach the endless invention that is Gabbahey's Andra sidan (pronounced "ahn-drah see-dahn").

Liberal and effective use of effects propels Gabbahey's dark, provocative sound, but the effects never eclipse the haunting leads and fascinating arrangements. Like America's SONOS, Gabbahey's sound is a bizzaro-world, like alternative jazz, but Gabbahey ventures to harsher and more surprising terrain, and for American ears, the sound will surely be more exotic.

Though the album has only ten songs, the simple density of musical ideas more than makes up for the track count as moment after moment pique our interest with off-the-path musical journeys.

For anyone lamenting the utter predictability of pop and pop-a cappella music, Gabbahey is a must-own. Every measure brings something unexpected, something tortured and beautiful or bewilderingly simple and effective. If you plan on releasing or producing an a cappella album, Gabbahey is a guiding light for a defined and original sound.

Gabbahey's Andra sidan is exactly what I've come to expect from any European a cappella album that's made its way to the States. It's on a completely different level from what US-based semi-professional and even some professional groups put out. The group's blend is flawless, its style is uniform and definite (if not always particularly innovative), and the singers' emotion is spot on for whatever feeling they're trying to evoke. This is by no means to say that Andra sidan is a perfect release, but it does say that the group's starting point seems to be light years ahead of much of the a cappella music I've had to review, collegiate or professional.

Many of the moments on this album had me wishing I knew Swedish. More specifically than that, however, they made me wish I had translations, not just transliterations, of the lyrics. I did take the time to type some of the title track's (Andra sidan) lyrics into Google Translate, and they're actually quite good. The opening lines of the third verse, translated roughly, means, "What you remember / of me keeps us together / with love that is stronger / than life itself." (I would expect access to translations from a group that prints its liner notes and "thank you" section in English.) The rest of the song is excellent, and the atmosphere and feeling of the track matches the pleading and forlorn nature of the lyrics, making it probably the best of the original compositions on the album.

Frankly, though, not knowing what some of the words mean doesn't necessarily detract from my enjoyment of most of the music. Plockar undan (tomma glas) will absolutely be stuck in my head for the next few weeks, and will stay firmly planted there so long as I listen to it every so often.

The group's three covers of English songs differ greatly in quality, and seem to improve the deeper you get into the album. I don't really feel like hearing any more covers of Supermassive Black Hole unless they're complete reimaginings of the song ... like Gabbahey's version of Black Hole Sun. The arrangement is an actual reinterpretation, eschewing the recognizable arpeggios and even some of the chord progressions and the groove of the song for a more textural and distinctly vocal approach, and is far more successful. Even further along is Exit Music (For a Film) which takes Radiohead's soundscapes and artfully translates them into a vocal expression of the song's chilling and aggressive lyrics.

One of the only detractions from the album is a lack of bounce or punch. Almost all of the songs make some sort of impact, but — and I admit, some of this is just personal preference — there are only one or two songs with a groove that you could dance to. Most of the songs are slow to mid-tempo, and most of the tracks with percussion are driven by a laid-back kick and rim combo that doesn't do much for their coefficient of boppage (a scientific term). This also ties into my other major gripe, which is that a few songs lie in an awkward in-between of production styles. Plockar undan (tomma glas) is a good example of this - most of the background parts are very dry, while the kick drums are super-processed and sound huge, the snares are a bit wimpy, and there's a guitar amped part hanging out on the left during the choruses. Had they gone for a simpler aesthetic as appears on the rest of the album, I probably would have liked the song even more.

I'm glad groups like Gabbahey exist, and that we here in the US get to hear them, because they remind people that just singing really well and with a little thought creates an album that's starting at a point far and above that of many other groups. If you're into this concept, you're probably going to enjoy this album, and I'd recommend it highly for anyone who needs to hear what "just singing" can do.

Andra sidan, the latest album from Swedish a cappella group Gabbahey, features many of the touchstones of Nordic a cappella - dark and moody feel, brilliant originals, lush harmonic material, and plaintive wailing. Though the language barrier is obviously present, when listening I was transfixed by inventive original songs like Läs inga rader, Sveriges flagga, and the title track Andra sidan. Gabbahey proves that with artistic vision and songwriting ability, a cappella can be elevated above a karaoke medium.

The production on Andra sidan is noteworthy; the album sounds absolutely fantastic. Gabbahey and its engineer Peter Björklund have achieved the perfect blend of vocal power and studio bells and whistles. These bells and whistles aren't superfluous or gimmicky, though; they're always brought out to enhance the emotion and feel of the song in question. I love the vinyl crackling in Sveriges flagga, the vocal guitar effects on Plockar undan (tomma glas), and the warm background vocals on Exit Music (For a Film). Soloists interact perfectly with the backgrounds, the expansive reverb creates a more diverse sonic palette, and the bass and vp sound wonderful.

Arranging is another high point. Låtsas att du förstått has aggressive, funky background vocals that never overpower. Black Hole Sun builds to an impressive climax, with some impassioned power from all the vocalists. I was also impressed with the beautifully lush harmonic progressions of Läs inga rader and Andra sidan, as well as the masterful contrapuntal writing on the album's wordless closer Duo.

The negatives on the album are few and far between. The cover of Muse's Supermassive Black Hole does not stand up against the quality of the other songs on the album, with an uncomfortable feel and a lacklustre arrangement. The soloists do not always stand out, with several soloists sounding ragged against the clockwork precision of the backgrounds, though they almost always achieve the all-important emotion that drives the songs forward.

A cappella groups on this side of the Atlantic, take note: European groups like Rajaton, Basix, The Real Group, Maybebop, Apes & Babes, and now Gabbahey are raising the bar when it comes to inventive and original a cappella. More and more professional a cappella groups are moving towards songwriting and programming original material, and Andra sidan shows what can be achieved with this new focus. To say I was blown away by this album would be an understatement; this is an album that any serious a cappella fan needs to give a listen.

To order go to Gabbahey's webshop at http://gabbahey.se/products-page. Press "Lägg i varukorg" (Add to cart). Then press "Gå till kassan" (Checkout) in the little window that shows up. Fill in your data. 1 US dollar is about 6 Swedish kronor.

This album is also available on iTunes.