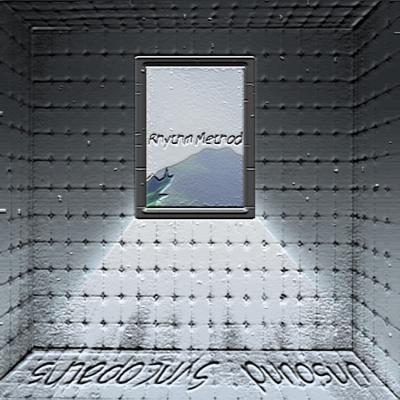 I listened to this album longer than I usually do for a review, trying to figure out why I hate it so much.

What bothers me most is its sound. It sounds like an all-female group trying to sing songs arranged for a mixed group. Now, I have nothing against all-female groups. But the album is awfully thin and trebly. It has no substance, no sonic depth; basses are actually baritones (a tenor like me shouldn't be able to octave the bass lines), and even the vp, even the "kicks" (or rather, the sounds made where kicks are supposed to go) are pitched high. (Damn, I Wish ... is an improvement.)

The group also sounds uninvolved, too shallow, too young. It's amateur hour. Until I read the notes, I thought it was a high school group at best. The girls give very cartoonish readings of their parts, truncated and pinched. A gentle song like Sweet Surrender is ruined by their collective tone (poor Kelly Ulion, she deserved better). The guys are beyond lackluster — the bass line on Free Your Mind is a disgrace. It's so bad I can't even think of an amusing simile. The singers produce more than their faire share of pitchiness, especially opening up songs. On Free Your Mind, each voice gives out at a different time on the first chord.

Part of the problem is the recording. Overall, it sounds distant, unsupported, meatless. Specific engineering choices throughout are best called questionable. The opening soloist on Come Undone is made to sound like Buffalo Bill, the serial killer from "Silence of the Lambs". Breathe, that lovely, haunting love song from the very first BOCA, betrays its lyrics. From the sound of it, the walls of the room are not the sea, but aluminum siding; this track is a great example of how technology can ruin "real" a cappella. The same grating reverb shows up on the VP tracks. The Michael Jackson Medley drowns its lead in girl "ba's". Sweet Surrender's chorus suddenly features whalesong.

Part of the problem, however, lies with the singers and their choices. Many of the soloists do not deserve their solos (Girls Medley is especially egregious). Many of the arrangements seem to hare off into unusual inversions that hobble their songs' energy (the weird bass line opening Come Undone; New Age Girl), or are too top-heavy, lacking crucial middle harmonies. I say "seem" because this may be a recording artifact. I liked the arrangements of Open Your Heart, Listen to Your Heart, and Damn, I Wish .... Is Don't Stand So ... taken from the recent BOCA version? Aside from the Message in a Bottle interlude, it sounds just like it. It's not credited either way.

One final example of inexplicable choices. The liner notes reveal that Rhythm Method was awarded twice at ICCA 2002: best arrangement (for Bicycle Race, by David Levy) and best soloist (Kevin Doherty, on the same song). Even on this awful recording, Mr. Doherty shows why he won; he has chops and personality. But this is his ONLY solo. I don't understand.

It's this kind of choice, made over and over, that makes this album so awful. I can't recommend Unsound Syncopaths at all.

Rhythm Method's Unsound Syncopaths isn't terrible and it isn't good. It hovers in between, with some good elements and some bad mixed together in a slightly below average album. Members of Rhythm Method have put a lot of effort into producing this album, but an "A" for effort does not necessarily transfer into an "A" album.

The arrangements are, for the most part, solid, especially Beautiful Day, Come Undone, and Bicycle Race. Some are cluttered, like Sweet Surrender and Free Your Mind — in the latter, the chorus mixing in My Lovin' (You're Never Gonna Get It) is particularly jarring.

There are also some blatant errors, such as the soloist in I'm Bad, who sings the wrong note on the second "bad" in every chorus. Bicycle Race is a very ambitious arrangement with a good solo, but the group falters a little in the Bohemian Rhapsody addition.

Some of the songs are a little lifeless and pitchy. The group doesn't coalesce in executing the arrangements. Attitude is needed in the Girls Medley soloists and it just isn't there. The production is just OK. Breathe had too much echo, and the soloist could have been higher in the mix in Damn, I Wish I Was Your Lover.

The group definitely has potential, especially in the area of arranging. But this album doesn't bring everything together. Keep an eye out for arrangers Euni Chang and Dave Levy.

Ahhhh, what would collegiate a cappella be without the 1980s? Probably some fringe outfit of infatuated, overly committed, mildly insecure semi-choral singers trying desperately to be cool as part of the newest pint-sized, incestuous copy of the Greek system. Oh, wait. That's "with" the '80s.

Diane Belvin brings that rare quality of timbral character to her solos on Listen to Your Heart, Girls Medley, and Free Your Mind. But beyond the gift of her voice, I'm not motivated to listen to this CD again.

The medleys aren't medleys; they're sandwich songs — two songs slapped together because neither one could quite make it on its own. I can't quite figure out how Bicycle Race won an ICCA Best Arrangement. It brings nothing to the table I haven't heard before from other Queen covers. Maybe I was expecting too much from an award-winning group that's been hyped on the circuit.

Free Your Mind is indicative of recurring problems on the rest of the album. The arrangement is bland, full, and busy without being cluttered, but the performance is barely adequate. Studio effects aren't helpful or appealing. As a cover, it's uninspiring, uninteresting, and only rehashes work that has been hacked to death over the last ten years. Cutoffs, tuning, blend, and an effort at a unified sound are sloppy. A few female soloists try to let loose but are sabotaged by a male contingent that can't keep up. Production is noisy and inconsistent. Vocal percussion is harsh and thin, sounding like a sequenced, quantized drum track that might as well have been programmed and performed on a cheap late '80s Radio Shack midi sound module that never made it out of its testing phase.

This album might have made some waves in the early to mid 1980s, but today it's just one more collegiate album that offers a great deal more to the participants than it does to the listener.