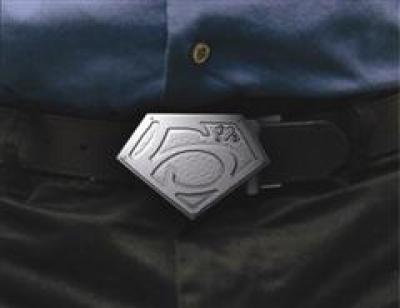 High energy pop fun is just the beginning for Fifth Element. Borrowing heavily from pillars like Rockapella, The Blenders, m-pact, Blue Jupiter (embarrassingly uncredited for its obvious influence on O Holy Night) and the Nylons (also uncredited for their influence on Up On the Roof) Fifth Element demonstrates that they know a good arrangement when they hear (or steal) one.

Not every track is a winner. Forever seemed to last about that long, lacking the intensity that a song this slow and repetitive demands. I Wish is sung well, and benefits from a strong production, but it's not soulful. Consequently, comparisons to Stevie (or the thousand other covers of this track) are simply unkind. As a saving grace, I will say that I very much enjoyed Steve Howe's sky high arranging on this track. But I will then ruin my complement by noting that the "scolding grandmother" background track is an annoying and wholly failed attempt to infuse humor into this classic.

Combining Papa was Rolling Stone, yesteryear's rock anthem of a dysfunctional marriage from a son's perspective, with Golddigger, today's hip-hop/rap anthem of a dysfunctional marriage from a husband's perspective, is brilliant from a lyrical standpoint. And aside from unnecessarily altering one particular melody interval from minor to major in a way which gave me an eye twitch, the music works surprisingly well together. Ironically, Papa Golddigger is a marriage that works.

The live tracks, which make up about half the CD, are good, but don't quite measure up to the studio tracks, despite the ex post facto auto-tuning and studio alterations. But for high energy, I Can Live With That is a standout.

A few gems, a standout VP, an eclectic repertoire and terrific energy are the pros. Inconsistency, auto-tune pitch artifacts, and some bad musical choices are the cons. It's a coin toss. And while buyers decide, Fifth Element can work on a free copy to the Nylons and letter of apology to Blue Jupiter.

The guys of Fifth Element should, by now, seriously should consider becoming a professional group and leave behind the shackles of university life. They have all the makings of being a top group in any classification. Blacks and Blues is simply a fantastic album: strong production values without being overblown, excellent musicianship, fantastic arrangements, mind-blowing vocal percussion and talented singers. To the core, the album contains some of the most solid tracks than I can imagine hearing all year. Plus, what's extra special about this recording is that aside from Fat Bottomed Girls the tracks are all live — proving that they are the real deal, completely in the black when it comes to a richness of talent.

But then, two-thirds of the way through the recording, they disappoint. And I mean they disappoint in a big way. O Holy Night is an utter mess. From the tentative downbeat to the mercifully anticipated ending "hoo", the song almost eclipses the masterful work on the rest of the album. Not a single soloist sounds confident on his line. That's probably the biggest mystery. All of the guys sing lead for at least a part of another song, so for ALL of them to fail so miserably on this song is incomprehensible. It's like none of them had sung the song before performing it before the audience. I really question why they included it on the album. This isn't a holiday recording, so it really wasn't a necessity. It left me blue.

Kudos to the guys for covering some a cappella heavyweights exceptionally well. I think The Blenders, m*pact, Rockapella and Go Fish would be very proud to hear Fifth Element's renditions of their songs. The attention that they gave to the originals, while not fearing to augment the songs to fit their sound, should be commended. I really liked Together — it's the perfect signature song, and succinctly indicates what it means to be in an a cappella group. Other non-a cappella original standouts include Forever, Papagoldigger, Collide and Because.

Get the album, you will be delighted that you did.

I've heard great things about Fifth Element and I'm glad to have finally found the opportunity to try Blacks and Blues, their latest creation.

Well, the first course smells good. It reminds me of a helping of InPulse, but the light studio effect sauce makes me think of early Five O'Clock Shadow circa So There, with splashes of Chakrabartian-esque arranging. Together serves as a nice opener, but it's like good bread; the meal hasn't really started until the appetizers show up. Tracks two through seven feel like the mozzarella sticks and shrimp sampler plate: Without Your Love skillfully runs the gamut of emotions while ending up in full circle with quiet reflective angst. Mysterious Ways and Long Train Runnin' are high energy renditions that easily compare with other high quality versions, although don't contrast much with them. Forever uses dynamics and variations of the melody in the background to create a well-phrased shape for the song. I'm sure this one is a real heartbreaker for those girls that were shouting for Fifth Element to "get [their] a**es back out here!" (Track 12, 2:59) I Wish is fun with little enactments of the lyrics between phrases and thankfully they didn't try to summon the spirit of Stevie in the solo. Papa Golddigger has to be the new anthem for foster care with lyrics about a rolling stone Papa and a gold digging Mama.

The second course isn't as gourmet as the first half. Whereas the previous appetizers were served up from a studio, these next entrées were fast food on a live stage. Sloppy Joes come to mind: a little messy but lots of fun to eat. The Christmas cookie seems a little awkward at this fun backyard barbecue, though, mostly because it was trying to follow in Fat Bottomed Girls's wake by being a power ballad.

Oh, I forgot to mention that this meal is courtesy of the cafeteria at University of Wisconsin-Eau Claire. In fact, the progression of the meal reminds of orientation at a new college; the kitchen pulls out all the stops until the week after the money, I mean, the parents, have left. Then the food becomes a little grittier and it's left on the grill a little longer, but the mystery meat Helga Hairnet serves is so good you still count down to lunch every day.

It's also worth noting that this is the first album in a while that I listened to for fun in between listening for critique.

While not quite at the head of the table, Fifth Element, as Papa Golddigger goes, ain't messin' wit' no broke singers.