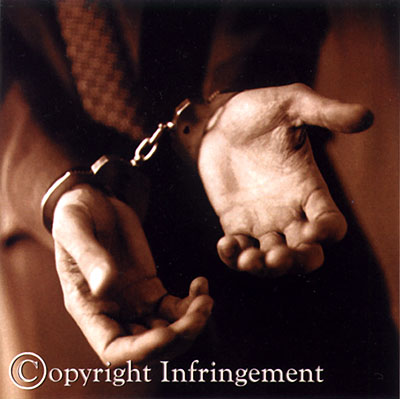 New year, new album, but a seeming dearth of new ideas. The Colby Blue Lights come out with a lot of energy and fail to take their new album anywhere their last one didn't already go. And the last one was more fun to listen to.

Last year, I said the Blue Lights should get credit for choosing to take a new group old-school. I still think that's a legitimate alternative for groups daunted by the complexity of modern contemporary. But it still requires attention and care to musicality when it comes to making a recording. I get the feeling that the Blue Lights are a good group of guys with a nice, enthusiastic following — and in chilly Maine, I suspect that music is not the first concern of the loyal fans. It's just that collegiate charisma does not transfer well to disc.

Pitch and blend are not familiar concepts for the Colby background, who leave their soloists to succeed or fail with no help and often active interference. Those who do put in a good turn (Kenan Cooper being my favorite) succeed on entirely their own merits. Others sound as though they have trouble just making it all the way through, but there's not much for them to cling to as they make their way.

This year's bunch of '80s tunes are at least as derivative as last year's doo-wop favorites, but they are more layered, less naturally bouncy and less forgiving of cavalier musicality. There are a few exceptions — Yoda provides some pleasantly deadpan comic relief, and the original Pub Song shows that the old spirit is still there. Vocal percussion is mostly absent, except for a curiously proficient intro to Zombie Jamboree. Those rhythms are together, relatively original, and vanish as soon as the song proper started. Given their strength in numbers, you'd think the Blue Lights could have left some of the troops on rhythm to hold the song together and make it more interesting. But I guess that would have required a different kind of thinking.

If you are the type to deliberately rent Plan 9 from Outer Space (winner of the Golden Turkey Award) just for the laughs, the Colby Blue Lights' Copyright Infringement is a MUST HAVE. Don't walk. Run. Supplies could not possibly last. It may be some time before you hear an album quite like this again. The singers' (how shall I say?) somewhat blasé, somewhat lackadaisical approach to musical detail evokes a certain (how shall I say?) reaction in the listener more effective than sucking helium. I definitely suggest listening with musically inclined friends. They'll get the jokes.

What Copyright Infringement lacks in musicality, it does make up for in sheer numbers. This CD is undeniably full of songs: 19 a cappella classics. And here, the more songs, the more comedic bang for the buck. Mere seconds shy of an hour's worth of listening pleasure.

To be constructive, I would suggest that pitch, blend and soloist skills should receive first priority in rehearsals, and in all honesty, though the basses are a little bowsery, they do add a lot of punch to the sound. Also, kudos to the Blue Lights for penning an original, Pub Song.

I wish only good luck to this brave, brave a cappella group. (Did I say brave? I meant fearless.) Like Wile E. Coyote, may they never look down.

The big noticeable difference is REVERB! EVERY SINGLE SONG is drenched in reverb effects, to the point where very often it gets in the way of the rest of the song. Maybe they wanted to do this to cover the very obvious and sometimes very painful tuning problems the group pretty much consistently has, but it only works so far for them. The basses are game, but when it gets low for them, it gets troublesome. And some of the soloists don't have the range for their solos, some don't have the style, and sometimes both are true.

But you know, many vocal groups have tuning problems. What makes it stand out more here are the one two combination of song choices and arrangements. At least a third, if not more, of the album features songs that were either made popular by a professional a cappella group (see Zombie Jamboree) or songs that were definitively done by other a cappella groups (see New Age Girl). When you do that, you invite comparison...and that's not a good idea when the performance isn't approaching what the "originals" did...even though they did do different arrangements (as much as arrangements of these songs can differ), they were still very lacking in comparison to what's already out there.

The big issue here, though, is the lack of tuning, even on the simplest of songs. Free Fallin' is not exactly a complex song, and it sohuldn't be that hard for a group to tune. But even with a simple arrangement, the musical issues this group have are in the forefront...dare I say moreso when there's not much going on to listen to BUT the basic stuff. And when you've got a group that is still growing musically, the arrangers need to do something with the arrangements to keep an audience's interest. But there's not much to grab onto here.

Easy, EASY thumbs down on this one. This group needs to address some fundamental issues with their sound...and then maybe look into some new arrangements to challenge them and to fit what they can bring to the table.

The biggest dilemma that faces the Colby Blue Lights is that they are not yet a solid group. They have chosen very simple, straightforward arrangements of many a cappella standards which makes their album boring. (To all groups: if you're going to do Hooked On a Feeling MAKE SURE your arrangement is different, unlike this one that EVERYONE does.) However, if they were to pick more difficult pieces, the entire project would've fallen apart completely. So the group is in the middle of a catch-22.

Like their first album, Laid Back & Funky (95 bpm), the latest release from this group has serious tuning problems, little (if no) dynamics, and transitions that are choppy and broken. When they do attempt dynamics, they fall into the thought process that "louder means press the notes". There are no smooth segues, no chill-inducing chords, and no outstanding soloists. Other than the occasional falsetto singing, we have some baritones, some basses, and a smattering of tenors that all sing ALL over the place in their parts.

Recording technique is very dry, as if they just stood and sang. The group really needs some kind of pitch (or a midi track) to keep them in line. Chords take FOREVER to settle (and sometimes don't settle at all), and each part seems to be in his own world. There is no group emotion behind this music; I don't even believe what they are singing (as in "the lyrics might as well be in Chinese") because a deeper, underlying drive is missing in all of their songs.

Perhaps the Blue Lights acknowledge that they are producing CDs for a very small audience (their school, family and friends), but in order to expand into the larger world of "established" collegiate groups, there needs to be some serious work, focus, and thought before the next CD is thrown into the recording studio.

The last time I reviewed a Blue Lights recording, I was pretty harsh...and as it was under the previous system, that harshness pervaded the review of each track. As memory serves me, I recall pointing out a routine failure to stay on key, tighten the harmonies, keep the beat, and manage a blend. I also pointed out a rather plain repertoire of standards. So the question begs itself: Have the Blue Lights learned from their past recording? Going by their first track, yes...going by the rest of the album, yes and no.

It is still disappointing to hear an hour long CD and cringe on a regular basis to chords that are not tight. I also noticed, particularly in the case of Track #11, that the pace was slow and that the song was extremely measured in its recording; there was no spontaneity to the track. Is it a case of trying to get the repertoire down for memory's sake, or was there a lack of studio time to go over each track and work out the kinks?

To their favor, I do like that they have tried to update the repertoire; while not completely new and innovative, they are putting new spins on some of the well worn tracks. I thoroughly enjoyed their take on Zombie Jamboree even though it IS the most overdone a cappella song known to man (maybe Lion Sleeps Tonight is close to that).

Recommendation to the Blue Lights: 1) Cut back on the number of tracks used for the next recording. Take a page from the Rochester Yellowjackets and knock out one-third to one-half the number of songs. 2) If funds are tight for studio time, really hammer away at the tracks before you hit the recording studio...bring in an adviser from the music department perhaps. 3) Listen for the blend: a true mark that a group does well is when you can't tell it's a cappella any more...here it sounds like a lot of individual voices that are putting together a track.

I will say that you guys are headed in the right direction...keep plugging away at the recording process.

CDs are $12 each, and shipping is $3.20 per order. Please make checks or money orders out to Michael Farrell and send them to