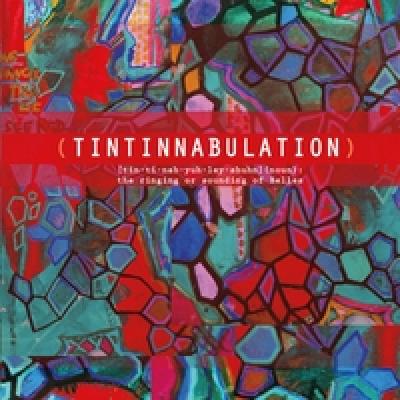 In terms of repertoire, the Virginia Belles have not changed much on their latest album, Tintinnabulation: these singers perform mostly material by female singer-songwriters or groups. But these aren't the same Belles as on their last album, Good Morning, Mr. Jefferson: my biggest issue with the Belles in 2011 was the lack of warmth in their recording, and they've found a way to connect much better with the material on Tintinnabulation.

The album opens well, with an energetic and rich cover of Ingrid Michaelson's Fire, and there are a number of gorgeous songs that follow. The arrangement of Winter Trees is beautiful (kudos to arranger Michelle Gahagan for giving this song so much texture and movement), and Something in the Water has a lilting sweetness that's really quite lovely.

What the Belles lack, though, is tension. They have it in some songs — Ben l'Oncle Soul's take on the White Stripes' 7 Nation Army has a sultry blues flair that soloist Jayne Gallagher and arranger Abena Hagan-Brown do a great job capturing. There's a fun sauciness on Do My Thing that's a good break from the warm ballads on the rest of the album. Still, Tintinnabulation mostly features sweet, tender songs, delivered beautifully: Your Song (incorrectly credited to Ellie Goulding) and Uncharted are both pleasant but ultimately never really go anywhere.

Ultimately, though, the Belles are true to who they are. So many all-female groups seek tension and passion in angry break-up songs, and I'm glad that the Belles have maintained their identity separate from a repertoire of wailing, jilted woman narratives. The songs they have chosen are performed well but understandably will have a more limited audience.

Even so, there is room to improve the Belles' sound and niche. They need to watch their transitions: I Knew You Were Trouble has some rough switches between verses and choruses, as does Rumour Has It (particularly the long extended chord before the "rumor has it!" section; that chord never quite gels and gets a little murky). Soloist choice is also sometimes an issue: soloist Hagan-Brown has a gorgeous low tone, but the beginning of If You Don't Wanna Love Me feels too low for her, and she doesn't really come into her own until the higher belting parts later in the song.

Most importantly, the Belles have shown album after album that they really do have a well-defined image and identity, and they choose songs that fit well with this. Even better, these singers have certainly improved from their last album, which was just as proficient but not as warm; Tintinnabulation is a much more enjoyable album to listen to.

One final comment that I've said before about the Belles and still manages to impress me here: these ladies have some serious percussion talent. Tintinnabulation boasts seven(!!) different percussionists — several of whom also have vocal solos on this album — and not one of them is a weak link. Congratulations to the Belles for continuing to develop such a broad vp base in the group.

It's almost there. Tintinnabulation is almost there. It just, well ... it doesn't quite pop. The 2013 entry of the Virginia Belles is a solid record of execution, production, and sound quality but doesn't seem to have much else to set it apart. The arrangements themselves are pretty good, but aren't necessarily anything you haven't heard before. I think a large part of what prevents the album from being a clear "4" overall is the energy.

This isn't to say that there's an absence or complete lack of energy on Tintinnabulation, but rather not enough to sell the listener beyond the first few tracks. The background singing on a lot of songs is beautiful, clean, and pure sounding, but a bit thin-sounding at times, too. Rumour Has It is a good example of this, where the backing "ooh"s could have done well with bigger swells to give it all more growth and direction.

Solos are generally pretty solid, but a few of them sound a bit neutral and safe in their delivery. Something in the Water is an example of this; I think the arrangement is nice enough, but feel like the soloist is a bit wooden in her delivery. I actually really like the soloist's voice and timbre on the song, but feel she could stand to emote a little more to give the song some personality and character. Without the extra push from the lead vocals to put the song over the top, everything else just falls flat.

Still, Tintinnabulation is not without its bright spots. There's some great solo work: the cover of Your Song and If You Don't Wanna Love Me provide some of the best moments on the whole album. Other highlighted songs to check-out include Fire, I Knew You Were Trouble, and Never Gonna Leave This Bed.

When a group names its album Tintinnabulation, it sets the expectations of the listener pretty specifically. I expected many bell tones and lots of ringing sounds. Instead, this album is full of pretty covers of songs in a mostly non-threatening acoustic girl rock mode. Listening to this album is easy. It's the vanilla birthday cake variety of a cappella: delicious, desirable, yet ultimately not that complex.

Don't think that vanilla birthday cake is bad. Vanilla birthday cake still has textural nuance in the form of quality arrangements and sweet sounds. Vanilla birthday cake has sprinkles of locked chords and solos that soar. But it also means that there is, for example, none of the grit that makes Janelle Monae so compelling in the cover of Do My Thing, or any of Adele's deep soulfulness on Rumour Has It. The album as a whole presents beautiful music that simply lacks intensity.

The Belles have made some interesting rhythmic choices in terms of effects on vocal percussion. On the first two tracks of the album, Fire and I Knew You Were Trouble, the rhythm choices stand out in a distracting way. Fire has an overwhelming reverb on the vocal percussion, and the dubstep subwoofer sounds on the chorus of I Knew You Were Trouble are out of place from the vocals.

The fifth track of the album leaves me confused. I understand that the Belles recorded a cover of Ellie Goulding's cover of Elton John's Your Song, but a note for them: this is an iconic song. This recording would not exist were it not for Elton John and lyricist Bernie Taupin. Since the royalties were (ostensibly) paid to those artists, it is generally considered good form to credit them in the liner notes. What really makes me frustrated is that just a track earlier, on 7 Nation Army, the Belles credit The White Stripes and the specific cover by Ben l'Oncle Soul. The inconsistency bothers me.

Ultimately, it is very clear that this recording was made by talented group of women. The Belles are ringing, indeed, but I wish they were ringing with a little more chocolate truffle cake-style intensity.

This album is available on iTunes, CD Baby, and at www.vabelles.com.