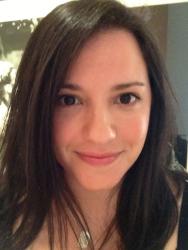 Sara Yood has been a producer with Varsity Vocals since 2003, serving as Midwest Producer, Northeast Producer, and now as Finals Producer. An alum of the Washington University Amateurs, Sara led the Amateurs to their first appearance in Varsity Vocals competition. After moving to New York in 2004, Sara sang with Treble, New York's all-female a cappella group, and then went to law school and directed the law school's a cappella group, The Tortfeasors. Sara also serves as the CARA Award Director at BOSS. Sara graduated from Washington University in St. Louis in 2003 with a degree in English Literature, and from Fordham Law School in 2011. In real life, Sara is an intellectual property lawyer, a marathon runner with Team in Training, and Alto section leader of the New York City Master Chorale. She is very fond of taking pictures of vegetables.