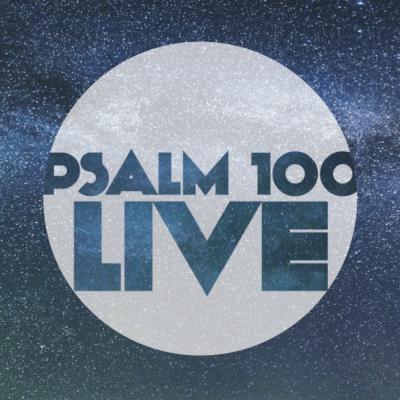 Psalm 100 is the premier Christian a cappella group at the University of North Carolina at Chapel Hill. Because of this, I expected two things from the group's latest release, Psalm 100 Live:

1)   100% covers of traditional and contemporary Christian songs, and

Thankfully, Psalm 100 fails to deliver on either of these counts. Psalm 100 Live is a rock-solid album with diverse song choices. Psalm 100 jumps from secular to sacred with ease, covering Lorde, Coldplay, Ben Rector, and more. The group's seemingly effortless musicality is something to be envied. The sopranos are not reaching for those high notes, the basses sound the low notes with aplomb, and everybody in between knows exactly what they are doing. The soloists rarely repeat, yet each one delivers. The sheer perfection of Psalm 100's live performance is something that many college groups can only hope to achieve, even in a studio setting.

In fact, I was initially suspicious about how "live" this live album could possibly be. In perusing Psalm 100's Facebook page, I found multiple videos of the performances that resulted in Psalm 100 Live. Each member was individually miked, and the performances were done in front of a live audience in single takes. Rather than farm out mixing and mastering, two group members took on the job themselves. Kudos.

Though Classic-I Want You Back has some overpowering percussion and Find You is a little busy, the remaining tracks settle into a comfortable groove. At first, the lush arrangements sound deceptively simple, but on subsequent listens one can unpack the layering that provides such a strong foundation for Psalm 100's soloists. The best tracks are ones fronted by women, especially Yellow Flicker Beat and Oblivion.

All in all, Psalm 100 Live is a wholly surprising, unexpected listening pleasure.

Not many groups are capable of producing an all-live album, nor should most attempt it due to the pressure from live performances mixed with a lack of "studio magic". But, I find Psalm 100 Live to be quite fascinating and on par, if not better, than many studio-produced projects.

What's impressive about Psalm 100 Live is the group's ability to simply perform with such careful detail to energy, phrasing, and cohesiveness. Sound engineers Trevor Kaiwa and Patrick Williford deserve a great deal of praise.

Find You starts off quite solemn, but has life breathed into it by the end due to an engaging duet, strong percussion, and syllable choices that convey a modern feel. Multiplied takes a moment to lock-in due to the layering of voices sounding a bit crowded and chaotic, but finds a steady pulse by the second verse. The lead does a great job of carrying the song over thinner parts and I love the completeness of the rock vibe that comes to life in the bridge.

Roll to Me is a great example of a simple approach being better, as the group is able to showcase great blend and balance with a less complex arrangement. Mercy is nearly perfect, as vowels are executed wonderfully with a nice, warm timbre by both the group and lead. The group is patient with the song, as everyone knows what their role is in creating a gorgeous sound.

The mood takes a 180-turn with When a Heart Breaks. Its somberness and heavy tone allow for an undeniable connection to the pain felt by the soloist. The group is clearly exceptional in conveying deep, emotional convictions.

I was surprised to see Oblivion on the tracklist after its inclusion on Farthest Seas, but I am glad to hear it live. Oblivion, without a doubt, has one of the strongest, most surreal openings of an a cappella cover I have ever heard. The song is extremely polished, high octane, and only breaks in energy to build to more majestic moments.

The Icelandic hymn Heyr Himna Smiður is a nice change of pace that's spellbinding. Though better attention to breathing, togetherness on entrances, and more carrying phrases over measures would strengthen the piece.

While Psalm 100 Live is remarkable, it limits itself to one pace as most songs are heavy on the tone. Roll to Me is the only exception. There are also moments of imbalance with creativity and to a lesser degree, intensity; Sky Full of Stars-Raging Fire and Home suffer from this and do not match up with the rest of the album. And Pompeii-Safe & Sound would have been great as a replacement for Classic-I Want You Back in the sense of style, song flow, and overall effect.

Still, you'd be hardpressed to find another all-live album as brilliant and on the same level as Psalm 100 Live.

Psalm 100 Live from the University of North Carolina is simultaneously one of the best and worst live collegiate albums I've heard. It sounds fantastic and has full, though unoriginal arrangements, and a wonderful energy to the performances. However, it completely eliminates almost everything that makes a live album worthwhile. The only thing that makes this a live album instead of a studio recording in which the whole group happens to be singing together on different microphones is the audience applause at the end of most of the tracks. There's no banter, no intros, no sense of getting to know who this group is. In addition, while I have no problem with tweaking live recordings in post, the obvious pitch corrections and mixing further pulls the "live quality" out of the album.

Looking beyond this aspect of the album, it really does sound great. The production is clean and dynamic. The performances are polished and energetic. The arrangements are safe but for the most part effective — they swell when they should swell and have rhythmic diversity and layering when needed. I just wish more risks were taken to make the songs more than just generic replications of the originals.

That's not to say there aren't some gems in this album. Yellow Flicker Beat could redeem much of this album all by itself. Multiplied is a surprising treat as well. When the marching drum beat kicks in, this song goes from average to inspiring and stays there. Classic-I Want you Back is a solid opener that gets you tapping your feet. The two bonus studio tracks fit rather well with the rest of the album: Pompeii-Safe & Sound in particular closes things out on a high note.

I really think this album is a missed opportunity for a full, more immersive experience as a live show. But the sound is good, the performances are fun when need be and emotional when called for, and the song choices work well together. Not a bad addition to an a cappella collection.

Psalm 100 Live can be found on iTunes, Spotify, Google Play, and Amazon Music