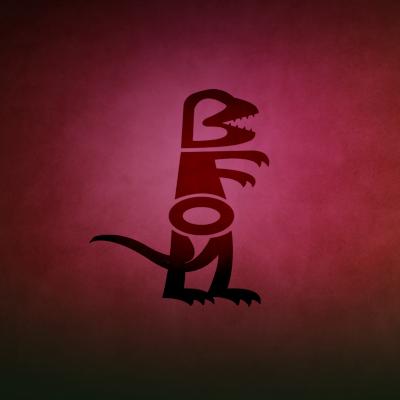 It's seemingly rare — certainly these days — to begin a review with a discussion of production choices but to my mind, any analysis of Just The Brothas, Vol. III from UC Santa Barbara's BFOM (Brothas from Otha Mothas) kinda needs to start there.

This is a self-recorded 7-song release, recorded, edited, mixed, and mastered by the group's frequent beatboxer, David Fowler, and insofar as he is apparently a one-man gang who has produced an album that sounds reasonably polished and professional, meaningful credit is due.

At the same time, whether it's Fowler's personally or the group's as a whole, there is a definite artistic choice that pervades the whole enterprise which I might call "enhanced naturalism". That is, it's unquestionably a sound that has been enhanced in post-production with the use of effects and such, but a distinct effort has also been made to keep the sound more natural/"live" than what one typically hears these days in recorded a cappella.

As an exercise in "musical honesty" (or perhaps "honest musicality"), it's the sort of thing that purists especially would enjoy (at least more than they might enjoy the heavily sampled and processed sound that has become the norm). But as a recorded contemporary a cappella record, by not really committing to one or the other, the results are a tad underwhelming. We have lush choral sections that blend nicely and feel like they have been auto-tuned delicately, yet we have tuning blemishes that stick out in moving passages that have been left exposed (Let's Get It Started). We have a bass drum sound that suggests it's been given a little post-production oomph, but we have rather unsatisfying and extremely sibilant cymbal sounds that don't quite do the trick (Let It Go). We get plenty of reverb when called for, but the balance between solos and backs is frequently out of whack (Dream On).

All of this would be mitigated a bit if the underlying interpretations and performances were virtuosic, but while these guys have passion aplenty, there isn't a whole hecukva lot going on arrangement-wise either. With the possibly exception of the opener (Let's Get It Started), the backs are rarely configured to establish or enhance the rhythm section in an impactful way. Sometimes, as on Into The Dark, we may get a mildly bouncy arpeggiated rhythm to set the mood at the top, but as soon as the vp kicks in, it's generally back to whole notes and word echoes or some combination of both. Couple that with repertoire that is mostly mired in variations on slow to mid-tempo grooves and it all gets a bit repetitive after a while, culminating in the thoroughly unimaginative and almost obsessively transcriptive Circle Of Life.

What these guys do have going for them is a palpable enjoyment of what they're doing and the raw voices to do it well. If feasible, they might consider some or more input from a professional producer and/or engineer — regardless of whether they end up favoring a less or more produced sound — and they might further channel their energies into more compelling repertoire choices and arrangements. At least two of the necessary raw ingredients for great collegiate a cappella are definitely already present, but there is still a fair amount of learning to be done.

Sometimes you get an album that is so alive you feel like you are sitting in on a private concert in some guy's living room at UC Santa Barbara. That's exactly the feeling you'll get listening to BFOM (Brothas From Otha Mothas) on their latest recording, Just The Brothas, Vol. III. It's playful, a little ragged, extremely live, and a great listen before an early evening rendezvous. It's a pre-gaming album, yeah, that's it.

I had the opportunity to work with these guys at LAAF several years ago, and listening to this album is reminiscent of the time I spent with them. The Brothas have a lot of raw talent and truly love each other and what they do. What they sometimes lack is focus and a sense of direction. That sums up Vol. III in their simplistically-named album series.

So for the really good aspect: all the songs are really easy to listen to once you get into the meat of the song. They are all bright and buzzy, with that intense in-your-face concert ambiance. Take Let's Get It Started, for example, and imagine sitting at a party when someone shouts: "Hey guys, let's sing something!" And this is what you'd get — a song that rocks a lot after a pretty shaky start (that long Fergie "leeeeeeeeeeeeeeeet" is difficult for most groups), but you can't help smiling and jamming at the silly antics going on. And Let It Go is nearly perfect. From the arrangement and production by David Fowler, to Alexander Hudson piercing the heart, all of it works to the Brothas' benefit.

But Let's Get It Started also depicts the lack of focus the group has on this recording. With such an energetic start, the next four songs on a 31-minute album/EP shouldn't be near-ballads. Where is the party in that? Now, I'm down. Now, I'm sad. Now, I'm crying. Sniff. There went that "buzz". Granted, Let It Go is masterfully-sung and I See Fire has this captivating energy that is pretty invigorating once it reaches climax. Both Into The Dark and Ain't No Sunshine are a bit rushed, as heard in the arpeggios in the former and the internal metronome of the backs supporting the soloist in the latter.

Dream On is more consistent in what I was expecting as a follow-up to the opener. It is ballsy and driving like a rock song should be. But the best part is that Mason Sperling is not shy about shredding the solo when he needs to. Even Circle Of Life has this quirky energy even though there's no place for it on this album.

My only other quibble is a bit on the production side. I love the fact that this is a homespun album. The next generation(s) of album producers have to start somewhere, and what better testing ground than a group you know intimately. So kudos to Fowler for giving it the old collegiate try on recording to mastering. That's a lot to take on. The one issue here is the use of a clipped ending. It's pretty distracting on I See Fire, Into The Dark, Ain't No Sunshine and Circle Of Life. They end abruptly enough that you notice and try to figure out what you may have missed when listening. In the future, work on thinking of an album as a concept instead of a bunch of singles thrown together.

All that said, you may ask why Vol. III earned a "4". It's because the group earned it. For every slight misstep, there is still an element of drive and vigor and rawness that appealed to me and will probably appeal to a lot of a cappella fans. It's not perfect or excellent, but I enjoyed multiple listenings. Sometimes that's all you need.

I don't know much about BFOM. I know the acronym stands for "Brothas From Otha Mothas", I know they're the men's group from the University of California — Santa Barbara, and I can safely assume that they have released at least three albums. However, I know very little more about them aside from what I have found through cursory Google searching. With a limited amount of information, most of what can be derived about them comes from what is coming through my headphones. With such limited information, I can only come to one main conclusion: with what appears to be an entirely in-house production, BFOM is proving that the third time might be the charm in releasing an album that proves you don't need a big budget to make a big musical impact.

When looking at the track listing, the name David Fowler shows up probably more than it reasonably should, but not without good reason. Fowler recorded, edited, mixed, and mastered all of the tracks on the album. He is also credited for the vocal percussion on five of the seven tracks and arranger of one. That's a lot for one individual to undertake. I then looked into the name a little bit and remembered seeing it a few years ago for his personal work. Fowler has a whole YouTube channel devoted to a cappella multitracking projects, and many of them are quite good. He took that experience and went into recording his collegiate group. The product is a massive endeavor on his part, and while it may not have some of the bells and whistles that some of the big recording companies are known for, Fowler's work on Just The Brothas, Vol. III is quite impressive.

Of course, it's not all about Fowler. There are four arrangers on this album and eight different soloists. Every track is a little different, and it really shows the depth of the talent pool for BFOM. My personal favorite track is I See Fire. Evan Clarke uses a bunch of really cool color chords and an exceptional use of dynamics, and the group just explodes through the headphones in the final chorus. Little flashes of brilliance with chord structures and dynamic utilization appear throughout many of the other tracks, but never quite as well as here. Songs like Dream On — with Mason Sperling absolutely nailing the solo — do well to prove that BFOM has all the ability to repeat this feat, but never quite reach that precipice again.

The only real problem with Just The Brothas, Vol. III is that it's not pushing the envelope. I've listened to every single track on this album performed by other groups. I've personally performed four of the tracks on this album. There is nothing new here, and that's the biggest problem. BFOM isn't putting a new spin on any of these tracks, instead giving them mostly faithful transcriptions of originals with little deviations. There's nothing wrong with transcriptions, but transcriptions of songs done many times over lead to an album with minimal impact. BFOM has all the ability to make an impact in the collegiate a cappella scene with the talent pool in performing, arranging, and recording, but some fresh material in the form of original views on old songs, or tackling songs few people have heard yet, might make BFOM really stand out in a way the group hasn't accomplished yet.

This album is available on iTunes.