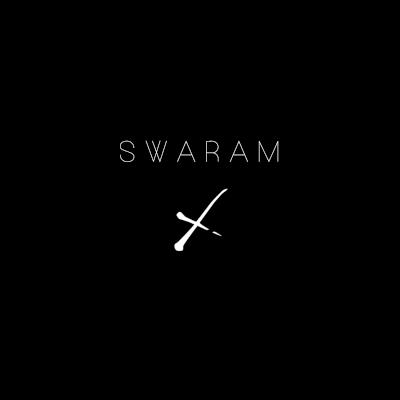 Ah the mashup. Overlaying or intertwining multiple songs is a timeless arranging trick. It opens up a swath of opportunities for arrangers to innovate and demonstrate their cunning ear for synergism. With just the utterance of a transplanted lyric or a foray into a quasi-related melody you can transform a cliché into a masterpiece. Mashups are a staple of collegiate a cappella, especially South Asian fusion a cappella, and Swaram proudly carries on the tradition with six mashups of its own. The group's varied use of this technique gives us a chance to understand how mashups can contribute to a full repertoire.

The first type of mashup on Swaram X, that we hear most commonly from fusion groups, combines a Hindi song with an English song. Sweet Nothing / Tujhpe Fida demonstrates how this can beautifully marry two songs from opposite sides of the planet. The songs match in tone and intensity and the transitions are fluid so that it actually feels like it was all composed at the same time. Photograph / Jeena Jeena and Elastic Heart / Vaseegara are not so eloquent. All four songs are lackluster. Combining them feels like an attempt to generate some intrigue, but it makes them drag even more. It is important to put songs together that enhance all songs involved, not just because you can.

The second type of mashup pairs a Hindi song with another Hindi song. Kay Sera Sera / Manmohini Morey and Malang / Dum Dum are easily the most entertaining songs on this release. Both are filled with addicting riffs, wild feel changes, and charismatic solos. As with Sweet Nothing / Tujhpe Fida, these do not feel like they are comprised of a hook and a filler. They are a series of musical moments that link perfectly together to immerse you in South Asian zeal.

Lastly, Swaram gives us two English songs in Where Are Ü Now / Runnin'. Both of these songs are mopey and mid-tempo and use a lot of the same chords. Technically they go together, but they probably should not. They compound the boring qualities of each other, whereas focusing on either one or injecting a song with some contrast could bring out the more emotional or at least poppy side of them. Sometimes it is not what is similar, but rather what is dissimilar about pairings that make a mashup memorable.

So, does the abundance of mashups add or detract from Swaram X? It is not overbearing, but it is limiting. Soona Soona is the only unmashed song, and there is a pleasant sense of closure that you get from hearing a song all on its own. Since arrangers are caught up in overlaying lyrics or aligning chords in mashups, they tend to flatten the backgrounds and miss out on idiosyncrasies. Swaram has laid out a strong foundation in the melding of English and Hindi, and by fine tuning which songs they choose to mash and which to perform in full they could certainly become a solid force in fusion a cappella.

Swaram X, the newest release from Texas A&M's Swaram A Cappella, has a ton of energy jam-packed into a digestible size. Celebrating the group's ten-year anniversary, this EP packs quite a bit of punch in less than half an hour. With one high-octane track after another, Swaram X is an EP that many will enjoy, but is not for the faint of heart.

When first perusing the track list, I was considerably apprehensive of Where Are Ü Now / Runnin', given that it would provide a double English launguage medley/mash-up in addition to the group's standard fusion fare. But after a listen, I felt it was the strongest track. Abel Mathew's arrangement smoothly blends the two songs together while combining elements of both a ballad and an up-tempo work. The closing track, Malang / Dum Dum, is also strong and features an especially expressive duet between Sarosh Mawani and Joseph Mohan.

For the most part, each fusion track is predominantly fit to some kind of moving percussion groove. This creates a fresh take in the case of more oft-covered songs, but also comes with the potential to feel as though the original was forced into that groove. Sweet Nothing naturally falls into its groove, but while Swaram's cover of Elastic Heart is one of the more unique takes on the tune, it borders on feeling rushed for the sole purpose of incorporating Vaseegara rather than benefiting the song itself. Working with a strong groove certainly provides momentum for the EP, but sometimes takes away from each track's individuality.

I was impressed to learn that the tracks were recorded by a group member in his apartment, later to be mixed by The Vocal Company and mastered by Dave Sperandio. For the most part, this is quite effective, though not universally so. There are a few moments of very noticeable rhythmic imperfection in Soona Soona and Photograph / Jeena Jeena in which voices do not quite line up on the beat. A bit more attention to detail would alleviate those head-scratching moments.

The energy provided by Swaram throughout each number helps to make this one of the more enjoyable fusion albums in this reviewer's recent memory. If you are in need of a quick pick-me-up, I highly recommend Swaram X.

Fusion in a cappella is a very tricky thing. Any time two songs are fused together, regardless of how similar or dissimilar, the knee-jerk reaction is to make the arrangements err on the side of simplicity. It's much easier to have multiple songs coexisting over a basic set of block chords than constantly changing rhythmic patterns. In this way, many mashups become an exercise in creativity for addressing lyrics more than music. The story of two lovers can be told from both sides in the same song, for example. However, the musical identity often gets lost in the backgrounds, as any one of a large number of songs can be added into the same spot.

That's why what Swaram has done with Swaram X is so impressive. In an album that has six tracks that are mashups, it's not always an easy feat to peel apart the songs in each track. However, I say that with a grain of salt. It's obviously going to be easy to notice that a song in Hindi and a song in English were not originally put together. However, in numbers like Where Are Ü Now / Runnin', I know the original songs within that track and it still takes me a moment to remember they are combined in one track. Some of the arrangements are done so well that the transitions are seamless and neither song is compromised for the sake of the other.

This success is made possible by a few key players. First and foremost, this represents some serious work by all of the arrangers. Sahana Suresh, Abel Mathew, and Sarosh Mawani all did fantastic jobs arranging. There's also a lot to be said for soloists that work well individually and together in this style to give a strong presentation. I spent a good minute thinking that Abel Mathew and Cole Eckhoff were the same person in Where Are Ü Now / Runnin', given that their vocal timbres are quite similar. Finally, some serious kudos to the entire group who worked together to make these transitions as smooth as possible.

Conversely, where all of these successes don't line up, there's going to be some problems. In Elastic Heart / Vaseegara, parts stop blending well together, and suddenly the feel of the mashup is lost. It's hard to maintain, and a momentary lack of focus will take away all the magic that has previously been established. It's a hard task, but in a style so driven by the fusion between multiple songs, it's incredibly important to be focused every second because losing that focus will cause all of the work that molds each song together to be forgotten, and then it becomes two songs thrown together in chunks and not beautifully melded as one.

Swaram has discovered how to create an incredibly palatable mix between songs of multiple languages. Now that the precedent has been set for how to do this fusion, it's important that the formula is honed and perfected.