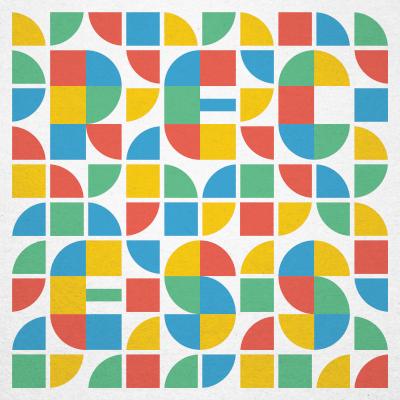 Recorded in 2016, Recess from the Bathtub Dogs delivers a nice little slice of pop a cappella (do we say "popapella" yet?). The album is clear-toned and in focus. With seven snappy tracks and at only 25 minutes, Recess delivers exactly that: a recess-length break of a cappella, perfect for cleansing the palate.

Love On the Rocks is one of my all-time favorite Sara Bareilles tunes. The Bathtub Dogs' cover retains the breezy attitude of the original recording. Even though it is pretty much a straight copy of the original, the soloist Daylan Fargo is so good that the simple gender switch from a female to a male soloist keeps me hooked. This is the track I came back to more than once, for the solost's beautiful tone and the group that matches.

I could have done without some of the dumb vocal "tricks" in Can't Stop the Feeling! — a "wiki wiki" is just never going to do it for me, even if it was in the original. Still, it's a nice move to close out the album with the rhythmic high note of Justin Timberlake movie pop. Paired with the grooving Kiss Me Quick opener (which has another superb soloist in Tyler Cox), these two tracks sandwich the album particularly well.

I commend the Bathtub Dogs for keeping this album short. More groups should put together concise, tightly-edited albums like this that show off their best work. Recess is the album you want to take on a run in the park: bright, bouncy, and bold.

You can't think about the Midwest region of collegiate a cappella and not in some way know about the Bathtub Dogs. These men from Nebraska are almost the epitome of the all-male collegiate a cappella group. The music is a wide array of mostly high-energy songs brought to you by a bunch of quirky guys with an almost entirely nonsensical group name. Recess continues that tradition, resulting in an album that is a lot of fun but isn't focused enough to fully hone the performance.

The general mood of this album appears to be lighthearted fun. Consider Stitches and Can't Stop the Feeling! —  both songs play to the strength of uptempo fun that the Bathtub Dogs have. Both arrangers Josh Huls and Kevin Buglewicz have strong arrangements that use multiple rhythmic background ideas to keep everything fun while remaining interesting. The only major problem with these songs is that there are no major accenting moments demanding attention. I could listen to the album multiple times in a row as background music and not thoughtfully think about it. The tracks, while they have a solid face value, have no lasting impression.

There is one exception: Lost In the Waves is a tremendous ballad on this album. Aaron Zart is both the arranger and the soloist and his work is glorious. The track was included on Varsity Vocals's Best of Collegiate A Cappella 2017, and it deserves to be there. Part of what makes this number so amazing is the use of muted background rhythmic patterns in place of a percussion pattern to keep the forward motion of the song. Simultaneously, the upper voices shimmer in the chords. This song tells a story, and Aaron leaves his heart on his sleeve and delivers. It's not a song with the happiest of stories, but it still leaves a smile on my face.

Overall, this album is very much the standard "yearbook album" that many a capella groups produce. There are no real bad spots on Recess, just relatively little that makes a lasting impression on the listener. I can't call this a major problem, as the group gives its identity to be just that — it's an album meant to be fun. Give it a listen and join in.

Bathtub Dogs's Recess is quite simply par for modern all-male a cappella. It does its job well but also does nothing past that.

Consistency is generally this album's strong suit. Though some songs are better than others, there isn't really a dud among the seven songs. Additionally, strong production and mastering work from Ben Lieberman and Bill Hare, respectively, mean the recording quality is consistently void of distractions. Arrangements are quite smooth and feel natural in the ranges of the voices singing them. Soloists, for the most part, hold their own, and vocal percussion is consistently present and strong without being imposing.

The problem is that Recess doesn't seem to go further than just being good. While the arrangements' background vocals are sung fine with good tone and blend, there is often a lack of energy and intensity in the voices. The sound often feels held back and lacking excitement, even during some of the bigger high points of the album. This is especially apparent on songs such as Can't Stop The Feeling!, which feels stagnant by the halfway point because of a lack of energy in the well-written background parts. The arrangements themselves also play it quite safe most of the time. It's fine to be primarily transcription-based, but an extra layer of excellence is added when a group's character or flair comes through. All soloists hold their own against the background voices, but only a couple truly take full ownership of the lyrics they're covering.

These factors combined make the album feel very vanilla as compared to a stronger sector of the collegiate a cappella world. It's all mostly well-executed, but there is very little identity or character that separates the Bathtub Dogs from another very solid all-male collegiate group.

There are some exceptions to this statement, of course. I absolutely adore Aaron Zart's take (both in arrangement and solo) on Lost In the Waves. Outside of simply singing the solo well, he feels fully invested in the lyrics and melody, and the group behind him is driven by his energy. Kiss Me Quick also has significantly more energy and groove to it than much of the rest of the album. Tyler Cox also does a great job of seamlessly, smoothly switching between his different vocal registers in a way that matches the slick nature of the song. These two songs stand out to me as great examples of what the Bathtub Dogs could accomplish with the talent they have up their sleeves.

As usual, it is important to call out incomplete liner notes when given to us. The Bathtub Dogs include original performers, arrangers, soloists, and vocal percussionists. It is insufficient, however, to list these without also crediting the original songwriters alongside the songs. Their contributions are arguably equal to almost all of the above contributions combined.

Recess is good, but not fantastic. It has a solid foundation without an established identity. It's clean without stepping out of its comfort zone. It's still well above average thanks to its consistency, but I'd love to see the efforts the Bathtub Dogs make in the future to truly distinguish themselves from the rest of the heavily populated collegiate a cappella crowd.