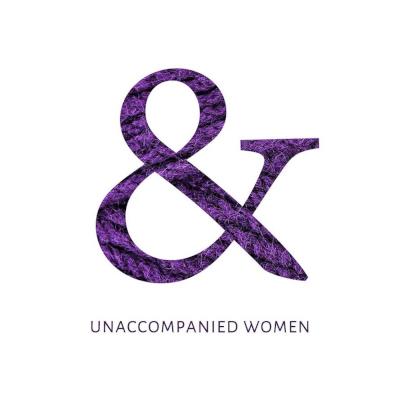 The "Energy/Intensity" category delineated by RARB has always presented a bit of a quandary for me. Yes, it's true that in assigning a score for that aspect of a recording, the best intentions of the performers are almost immaterial and the key component is how that quality comes across to me as a listener. But having spent a fair amount of time in recording studios, I've found it rare that a cappella singers show up with a lack of energy and intensity toward their recording projects. What's more, through the mixing and mastering process — depending on the intent of the producer/engineer — edges can sometimes be softened, grit refined, and reckless abandon tempered such that the finished product is perhaps slicker and more polished overall, but also yields a more compact, compressed, less gripping, less involving sound that pleases but doesn't thrill.

To be honest, I have no clue if that played any part in how Ampersand from the University of Chicago's Unaccompanied Women came into being, but from the repertoire choices to certain isolated moments peppered throughout the album, I definitely get the sense that these performers believe in and feel this music intensely and I have to believe they had every intent to transmit that depth of feeling to the listening audience.

Why then did much of this album leave me feeling just a bit underwhelmed?

Thanks to octave pedals and sampled/looped vocal percussion, as well as an increasing number of first-rate female vocal percussionists, gone (thankfully for the most part) are the days when we can point to lack of a "fuller" sound in all-female ensembles and/or weaker vp. Then again, having octave pedals and sampled vp at your disposal and using it effectively are not the same thing. Ampersand suffers from inconsistency in this regard, showcasing a properly thumping beat for the opening Victorious but seemingly being reluctant to employ a similar — or arguably, what should have been even more thundering — approach to selections like Sanctuary and Bad blood. Similarly, we have songs where the octaved bass fills out the blend nicely, but then we have Falling / Forever where the bass is inexplicably pulled back, leaving the upper voices exposed and sounding a bit too thin.

Certain arranging choices also play a part in undermining the passion with which this music was almost certainly performed. The group is blessed with a healthy number of talented arrangers, but at times, all of them are guilty of overarranging — not so much in complexity, but in failing to recognize that space/silence within an arrangement can be as important and effective as any sophisticated rhythm or complex chord. In the louder, more upbeat, more anthemic material — such as the aforementioned Sanctuary and again in Confident — the vp has been assembled to match the basic beat of the original, but the background voices are often singing through or over the beats that the vp is trying to accent, which then mitigates the effectiveness of trying to establish a backbeat. Groups often seem too afraid of silence in an arrangement, when in fact, the spaces between the dotted kick drum/snare rhythms sometimes are best served by remaining silent so as to help reinforce the beat. There's also nothing wrong with having the background voice rhythms line up with the vp rather than compete against it. Conversely, quiet, contemplative songs can stay quiet and contemplative and don't necessarily need to get busier as the song progresses. They also need vowel choices that suit a mellower vibe and don't stick out as much. There are sections of Much Farther To Go that walk this fine line just beautifully, but there are others — those using a syllable pattern beginning in "jah" — that feel decidedly jarring and out of place.

Matching solos to material can never be underestimated. Consistently on this album, Ri Desta is a bolt of energy in their three solos and whether it's conscious or not, the group's overall energy rises to meet them. By contrast — and without meaning to be unduly harsh — the group's best arranger, Leo Covington, is not ideally suited to the solo material they choose to undertake. While Covington possesses a very pretty high soprano, selections like Sanctuary and Pity Party demand a power belt that eludes them. The notes are certainly all there, but that lack of "oomph" in the solo also contributes to why those songs don't land as powerfully for me as they might.

Lastly, I hope the group chats with its producer/engineer when it heads into the recording studio next to see if these singers can arrive at an overall mix (and/or master) that doesn't feel quite as compressed and contained. If this is the type of material the group chooses to continue to perform, letting the sound get a little more ragged, a little more "live", a little more extreme in its highs and lows, would be a good thing. Or more accurately stated, an even better thing. The Unaccompanied Women are already a solid, promising group and if these voices can build on the best of this album, I'm eager to see what the group gives us next.

There's no mistaking that Unaccompanied Women is an all-female group: there are some gorgeous sopranos carrying the high end of Ampersand, from the angelic lead on Sanctuary to the sassy arrangement and delivery of Confident.

But the challenge for a group with so much high end is to pick songs that will complement that sound. Unfortunately, many of Unaccompanied Women's song choices just aren't a great fit: the angst and energy behind Victorious and Bad blood sound thin without a low end balance, and Pity Party feels like it's just going to float away behind its high lead. Sincerely, Jane is saved by some well-placed dynamics — but even this song starts to get a little samey-sounding and shrill at times.

By far, the two best songs on Ampersand are Much Farther To Go and the album-closing Hold My Heart. Both are beautifully-lilting, are centered right around the heart of the group's range, and just feel well-balanced: not too shrill, not too high, but still lovely and sweet. These two songs are the perfect complement to Unaccompanied Women's roster and range, so moving forward, the group has a decision to make: either pick songs that work with the balance in the group, or adjust the group (through auditions or studio tricks) to match the songs the group wants to sing.

Unaccompanied Women shows some promise for the future here with two lovely tracks, but the rest of the album doesn't gel with the sound and tone of the singers in the group.

Unaccompanied Women's Ampersand features some truly beautiful performances and arrangements. The first two songs on the album are exemplary.

There's an old saying that the first number of anything musical is mainly a primer: it sets the audience up for what it's going to be listening to. Victorious, originally by Panic! at the Disco and arranged here by Leo Bevington, makes for an exciting and engaging opening number. It's quick, punchy, and grabs the listener's attention. Also worth noting is that the background, which is polyphonic and disjointed, is beautifully executed and edited — the background never distracts, and repeat listens only draw attention to how well it's done.

I want to draw particular attention to my absolute favorite track, a mash-up of Falling and Forever, originally by HAIM, arranged by Madeline Klinger and Aliyah Bixby-Driesen, because I think it embodies everything a mash-up of this style can be. Elements of the secondary song, Forever, are introduced perfectly — the "hey you" in the second verse draws attention to itself without distracting from the soloist, and the shift to Forever that functions as a bridge is incredibly gripping. Soloist Rebecca Koppel delivers an emotionally engaging performance, and the thing that gets me every time is that the secondary song doesn't just mesh with the primary song, but adds meaning to it!

As a straight-through listen, Ampersand suffers a little bit from homogeneity of song choices and arrangements. A slow start and a gradual, exciting build can be very satisfying, but many of the songs in the latter part of the album follow this formula. One after the other of the same basic idea risks disengagement from the passive listener, which would really be a shame, as each of the tracks in its own right has something to offer. For example, Pity Party, originally by Melanie Martinez, and another beautiful arrangement and solo by Leo Bevington, didn't really catch my attention upon first listen, but the more I hear it individually, the more I like it. Like most of the tracks, it's got a great arc and the background vocals are well-executed.

The overall arc of the album is an interesting thing to consider in terms of tone. Ampersand begins with an upbeat declaration, "Tonight we are victorious", albeit with an undercurrent of discord in the lyrics. Arguably the last overall upbeat and positive song on the album is Confident, which is sixth in the lineup, the beginning of the end. The rest of the album ranges from sorrowful to disillusioned to plaintive. The final number, Hold My Heart, originally by Sara Bareilles and another Leo Bevington arrangement, is an interesting closer for this reason. It's certainly got an anthem-y feel to it, but the overall tone is decidedly wistful. The final line, "I don't want to let go", brings the group into unison. Letting go, so to speak, of the work as a whole by saying you don't want to let go is a powerful ending, and it speaks well of the group's artistry.

I know I'm overusing the word "beautiful", but this album really is very nice to listen to. The group would benefit from diversifying their song choices and arrangements, as some of the later songs lose momentum when grouped together, but overall Ampersand is beautifully performed and executed, and there are a few real standout tracks.