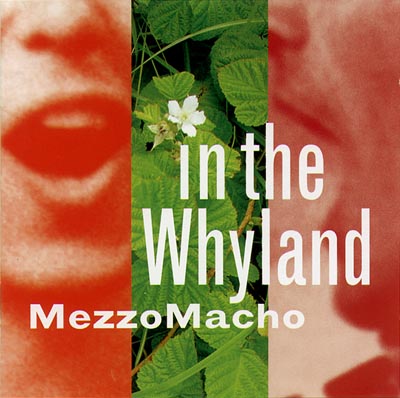 It's hard to explain to my fellow Americans just why this is such a great album. It's just so...Dutch. I'm not quite talking wooden shoes and windmills, here. More like mild-mannered, multilingual and quietly subversive.

The opening cut is in Dutch, just to establish where they're coming from. Dutch is a language that evolved halfway between German and English and is easily understood by speakers of neither. Niet meer naar beneden is fun to listen to and I haven't the foggiest idea what it's about.

Further on come more accessible tracks in German, French and English. Subversive comes in later, in the spiritual medley Brother in Me, for example. Musically, it's a coherent, tasteful medley of contrapuntal lines. Textually, it's got enough in it for two dozen English term papers. I counted 10 or 11 spirituals and hymns, along with at least two, maybe three songs from the Broadway/disco world. These included a startling chorus from It's Raining Men, after a raft of unusual transitions: "Go tell it on the mountain/Let my people go" and "Sometimes I feel like a motherless child/Kumbaya", just to name a few. And then there were the suggestive linguistic miscues that had to be intentional: "I found a brother in Jesus, Jesus found a brother in me. I found a sister in Jesus, Jesus found a sissy in me", just before a grand finish. Not quite four minutes of music, but you could listen for an hour and still find things to write about.

Wilbert Friederichs is the mastermind behind much of the music on the disc. He and his three colleagues have lovely voices, a great blend and a versatile style that has elements of classical, theater and jazz technique. Friederichs wrote a lovely setting of three excerpts from Winnie-the-Pooh that would sound right at home in a program of modern classical music. He also wrote an homage to Bebop that is expertly sung and somehow manages to sound true to its inspiration while being sung in Dutch. And a classical tribute called Achrosticon cites Liszt and Mahler with Dutch lyrics that are probably quite clever.

The group's choices of others' compositions are equally eclectic: Mozart's Der Vogelfanger, from the opera The Magic Flute; Schonberg's Live With Someone You Love, from the musical Martin Guerre; Lennon and McCartney, Ah Girl; a lovely, rhythmic Dejame sonar, by Perin Vasquez, beautifully sung in Spanish; the title track, an Irish ditty, arranged in high Scottish style by Friedrichs and sung by cheerfully non-native speakers of English; an an incredibly gutsy Au Fond du Temple Saint, a scene from Bizet's opera The Pearl Fishers. At five minutes and nine seconds, the last of these is by far the longest cut on the disc and is a startling example of just how much you can do with four trained and dedicated voices.

Despite this range, the whole album hangs together very well. Most of the songs are quite short, so the program rarely drags. The group's sound is uniform enough to give the repertoire continuity, and the diversity of repertoire keeps the sound from sounding the same. The only aberrant sounds come from some trouble with accents. The group's English leads to a faux pas during a pseudo-rap of "Humpty Dumpty" (don't ask), and their French also has a decidedly un-Gallic inflection. But really, In The Whyland is a lot of fun. I'd recommend it to anyone.

In the Whyland from Mezzo Macho is in the tradition of The Comedian Harmonists and The King's Singers: beautifully harmonized and heavy on whimsy. At times these four singers can push beyond whimsy and into preciousness, but more often the result is a delight.

The singers all have light, agile voices. The resulting blend works well for most tracks, but leaves some types of songs lacking in necessary heft (Brother in Me). The group also works better as a group than as group plus soloist; while the singers are all distinctive and practiced, no one voice is commanding enough to lead the others.

The variety of music pulled off by Mezzo Macho is great. A number of medleys highlight the group's tendency toward the eclectic. This note is sounded again in the well-designed if lyrically incomplete liner notes. The pages have the feel of a student-produced college handbook. Particular standouts among the songs include Ein Freund and Poems of Winnie the Pooh.

All told, a delightful effort from the men of Mezzo Macho.

As a reviewer who often knocks groups for taking the easy road, it pains me to knock Mezzo Macho for doing the exact opposite. The Dutch group includes numerous English tracks on their disc (including some creative takes on artists as diverse as Cole Porter, John Lennon, and the Winnie-the-Pooh poems of A.A. Milne) as well as Spanish and French turns. However, it is these admirable attempts which also prevent the group from playing to their strengths and establishing a real and effective musical identity.

It seems unfair to nail the group on enunciation alone, though it is egregious enough at times as to affect blend and tuning on the non-Dutch or -German songs. But Mezzo Macho demonstrates a distressing lack of attention to details, with sloppy entrances and endings, out-of-sync unisons, and painful tuning moments in the majority of the tracks. The pleasant blend of the upper voices was hampered by the thin, tinny bass underneath; better production might have helped remedy this.

Wilbert Friederichs is responsible for the group's musical direction, contributing nearly all the arrangements. His strength clearly lies in the classical arena, with several strong original compositions; the group's sound gelled much more on these tracks. Rather than extend themselves on playful but misguided outings like Poems of Winnie-the-Pooh, Mezzo Macho should do themselves and their fans a favor by sticking to their roots.

Send $20 to Postbank-account 6240892 of Mezzo Macho, Arnhem, The Netherlands and mail your address and any questions to info@wilbertfriederichs.nl.