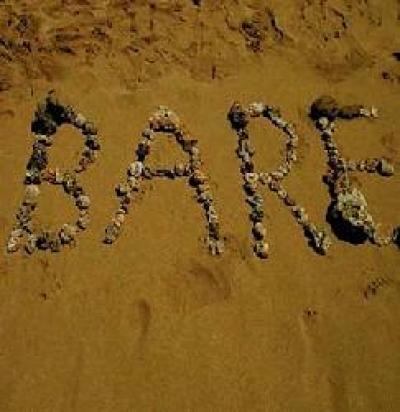 Here's to an album of smart chicks making an effort to rock out. Sometimes it works, sometimes it doesn't, but at least it doesn't suck.

First, two pet peeves: the good stuff is buried and there are too many shared solos. When it comes to resumes and recordings, the good stuff has to go first because most people aren't going to go hunting for it. As for shared solos, they're almost always a mistake. Unless there's some dramatic reason for the split, it says there wasn't anyone talented enough to carry the whole song. A cappella groups get one free pass for the round-robin song, often something from the Do It A Cappella soundtrack, or the Pebbley medley on this album. The Rockapellas split Unpretty, which is maybe justified, and three other songs which are blatantly not. Also, if you're going to have three leads for Superstition, where does it say that all of them have to punt on the melismas?

The Superstition thing gets to me because it's such a good song, and The Rockapellas have unusually good rhythm. Despite the staid solos, goofy percussion, and too many long notes that make every effort to wring out the funk, the song finds a groove. Another Day In Paradise is another "almost better" song — the arrangement has some lovely and well-executed moving parts, but it wimps out into held long notes way too often. And there are two soloists. One other bad thing before I get to the good stuff: tuning on this album is spotty throughout. I blame it on the acres of held long notes, which give you plenty of time to spot the flaws in the chords.

BARE's missed opportunity is You Keep Me Hanging On, featuring a wail of solo from Paula Wotherspoon. It would have made a better opener, and then they could have gone straight to the downtempo Cryin', the best song on the disc. Stevie Nichols sings the hell out of it, gracefully aided by the backing vocals. Another star soloist, Christina Hoe, goes after Round Here, the best thing the Counting Crows ever gave us. It's moments like these that show the simple joys of a good song sung well, without needing the bells and whistles of a zillion-dollar production budget.

The Rockapellas have a whiff of earnest overachievement about them, a trait that is both endearing and counterproductive. They enunciate all the words and sing to the end of every barline, unlike just about everyone else in rock 'n' roll. But they also have good taste and decent voices, which compensates for their limitations.

Inconsistent. This is the one word that sums up the soul-infused fifth album from The Dartmouth Rockapellas. On BARE, the ladies seem to have worked much harder on some tracks than others; the quality varies wildly from the amateurish sound of a new group's debut album to the polished sound one might expect from an a cappella group in its 16th year.

At its best, the group bares its soul during quiet songs with tender solos and gentle, warm background chords. Another Day in Paradise is delivered simply and effectively, with a nicely layered arrangement of sustained "oos" and moving "bahs". Why Should I Cry for You features an open, pretty solo voice that is miked up close for an intimate feel. The mesmerizing arrangement complements the soloist's well-sustained phrases. A Woman's Worth features two soloists with solid R&B voices and style. The arrangement is basic, but the sonic contrast of "oos" and humming is a nice touch. During quieter moments, the group's blend and balance can be very good. The intonation is decent overall, despite some flatness in the higher voices on most songs. The songs that feature more generous reverb, delay and bass equalization are generally higher quality, as though the group spent significantly more studio time on them.

At its worst, BARE reveals ugly rhythm, pitch, blend and balance, often on songs with higher energy and louder dynamics. Sunday Kind of Love, though painfully downtempo, sounds confused, as if the group barely had a chance to rehearse the song before recording. The 1950s eighth note "bops" in the background are hopelessly off tempo and also flat. Chord entrances are tentative and moving chords move aimlessly. Long sustained notes, during which individual singers are easily discerned, sound choppy as singers drop out to breathe. The result is awkward and painful.

Overall, the album feels amateurish. Many choruses that attempt active layering become mired in sloppy chord movements, tentative attacks, and trailing cutoffs. A few soloists deliver performances under maturity level (Build Me Up Buttercup is too cutesy; Cryin' has an awful Steven Tyler impression). The Rockapellas employ pretty old skool a cappella syllables, which isn't inappropriate for some of the doo wop fare. Surprising the listener with some sonic variety, however, would translate to higher creativity and repeat listenability scores.

The Rockapellas are clearly capable of good recording work. Rather than offering scattered nuggets of a cappella beauty, the group needs to bring its full skill to bear on every track. Specifically, work on authoritative entrances and crisp cutoffs (Cryin'). Practice blending and balancing at louder volumes and faster tempos (Unpretty). Lend a critical ear to those sopranos who chronically sing under pitch (Round Here). At a bare minimum, focus on recording 10 solid songs rather than cramming 15 onto the next album.

Bare, the fifth effort by the all-female Dartmouth Rockapellas, plays out more like a Lifetime network movie than an a cappella album. Replete with stories, anecdotes, new members they call "Pebbles", and one of the more interesting choices of medleys I have heard, this album is the epitome of a female concept album.

The CD is aptly titled. Shunning the current trend of extreme post-production, fx, and enhancements, The Rockapellas went instead for a more organic sound. This is really a shame, because they don't have what it takes to create a good album without the help of a computer.

Arrangements are passable for the most part. However, many of the songs completely lose sense of the original. The worst offender is the Aerosmith rock ballad Cryin'. With an almost scat-like opening line and a guitar riff crooned in a suave "no no no no no no" they have turned this edgy powerhouse into a jazz classic. Ironically, they manage to make the Etta James hit Sunday Kind of Love almost poppy. Arrangements are also dreadfully monotonous, with the same basic structure and syllables in most songs.

The arrangements manage to shine like platinum, however, when compared to the tuning of the group. I don't know what they've done to enable their top sopranos to sing a quarter to three quarters off in several songs, but their consistency at staying out of tune is almost remarkable. By far the most difficult song to listen to is Round Here, where in every fourth measure, a sizeable leap in the held out "ooo" of the soprano part never gets high enough. Nor is it ever corrected throughout the song. The song also suffers from tempo problems, with a consistent cycle of rushing and pulling back. Almost as bad, however, is Cryin'. Unfortunately for the passenger who was with me, I was driving in the car when I first heard this song; when we reached the key change toward the end I almost drove off the road, I was so appalled by the lack of tonal cohesiveness. Cryin' is plagued by a number of problems, including a yelping soloist who elicited a sympathetic, grieving look from my feline, Willy, who thought one of his kind was dying toward the end of the song.

Also, what is the deal with Freedom Songs, selected tracks which, according to their website, give them courage and unity? What a song about a homeless, possibly abused woman being ignored by an uncaring man has to do with freedom is beyond me.

The album has a saving grace, however: the fantastic tone, precision, and musicianship of the low altos. The notes they reach are fantastic, and they add an individual flair to every song. In all honesty, the phrasing and unity of the parts are pretty good in every song, but hampered by too much monotony and not enough tuning. If they can get a few more upbeat songs and learn to vary things up a little, I expect much better things the next time around from these women.