Disturbing the Quiet Enjoyment of the Home (2004) 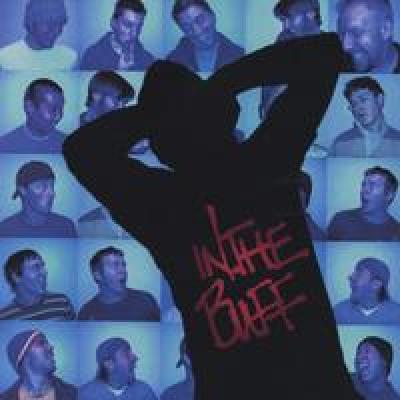 Disturbing the Quiet Enjoyment of the Home has a lot going for it, but it ultimately leaves this listener cold. To its credit, it is generally well sung. It's in tune for the most part, though not always (Walk On goes badly awry) and not without digital assistance (the robots come out to play on Here's to the Night and Closing Time). Also, In the Buff is genuinely funny. Los Suenos Dulces asks the question that I know has driven all of you crazy for years: What if The Eurythmics' Sweet Dreams were an Enrique Iglesias song? And Master Pete's Theater mines the old cliche of reading rap lyrics in a stuffy academic voice to great effect, thanks to Peter Wright's perfect comic timing. Both tracks would have merited higher scores if not for noisy, amateurish live recordings. The singers can be very energetic on the right type of song, such as the fun frat-boy rave-up The Kinks, a medley of You Really Got Me and All Day and All of the Night. While some soloists don't have the chops (or more specifically, the high notes) for the songs they take on (Chad Hutchings and Kynton Chan come to mind), most are quite pleasant to listen to. And the production is pretty solid — punchy and well balanced.

So what's the problem? Arrangements, mostly. Simplicity is the key here, and sometimes it works, as on the aforementioned Kinks medley. But too often the arrangers take what are at heart very dull songs and remove what made the originals radio hits. Take Here's to the Night — the background vocals move in exactly the same rhythm as the melody on the chorus. Rhythmic cross-relations are essential to keep the listener's interest, especially on slower numbers. Exceptions to this rule, such as certain Kinks hits from the 1960s, are so powerful because their monorhythmic technique is the exception rather than the rule. In the Buff's rendition of the prom-night mainstay sounds as though the marching band had to fill in for the DJ at the last minute. I guess better them than Marty and Bobbie Culp. This problem recurs throughout the album — The Freshmen plods, the Collective Soul medley goes nowhere, and Closing Time bludgeons the listener with "Ja! Ja! Ja Ja!". Matt Hoffman's two arrangements, Walk On and Fa Fa, are more complex and subtle; it's a shame Walk On is so out of tune, because Fa Fa is a really nice cut that augurs greater potential for In the Buff than they show on the rest of this undistinguished effort. Better arrangements will take this group a long way.

In Boulder, where I live, there seem to be three main groups of people about town. There are college kids and poor, ex-hippy artisans, both of whom put the "high" in "Rocky Mountain high". There are rich lawyers and engineers who ratchet up housing costs and clog up Route 36 with BMWs, Audis, and Lexi. Then there's everyone else, myself included, who's moved to Boulder to hike and ski and enjoy the climate.

The first group is fun to watch being silly. The second group is nice to have around since they keep town looking postcard perfect. The third group is cordial enough when you pass them on a trail near the Flatirons.

In the Buff's album is as varied as Boulder itself, with live tracks of raucous silliness, alt-rock studio recordings that are shiny and sleek, and sturdy tunes that glide by without attracting much attention. The album's quality varies widely from track to track, seeming to be three albums in one.

Tracks 5, 12, and 13 are awful live recordings of a silly bunch of guys goofing around on stage. Musically, there is nothing good enough for comment. Los Suenos Dulces is "Sweet Dreams (Are Made of This)" in Spanish sung by "Enrique Iglesias". Master Pete's Theater is a dramatic recitation of a medley of gangsta rap lyrics. ITBeastie was clearly an indulgence for whoever thought it would be cool to record a lo-fi beatbox version of vintage Beastie Boys. These three tracks scream "yearbook album". If you're not one of the Three Fs (fan, friend, or family member), I recommend scratching these tracks off the bottom of the CD with a paperclip. I've heard ITB live, and they're way better than this.

Tracks 1, 2, 4, 6, and 10 are mediocre and sound like a typical all guys collegiate a cappella group. Most of these songs have good energy, good pitch, and decent blend/balance. The soloists sing hard with pretty good rock/pop style, but the backgrounds often have rhythm problems. Phrases are often behind the beat (especially Mony Mony and Thank You). The vocal percussion is mouthy but sounds authentic. The perc sounds are reasonably consistent, but not very distinct. There's very little equalization of the bass or vocal percussion and not much in the way of studio effects.

Tracks 3, 7-9, and 11 are pretty good, giving the impression of a well-recorded, tastefully mixed album of solid singing. When you hit these tracks, all of a sudden the rhythm is precise, pitch is auto-tuner perfect, and the higher voices are coated with smooth ‘n creamy blendelicious compression. The percussion loses its mushiness and patterns tighten up, though Fa Fa and Closing Time were too slow. The bass is equalized more palpably, deepening the scope of the voices. My favorite track on the album was the Collective Soul medley, which features several great and complementary solo voices, a very smoothly constructed interweaving arrangement, and a percussion line that complements the arrangement well.

Why am I in such a good mood? I couldn't really tell you on a family-oriented website. But In The Buff should appreciate their part in escalating my happiness. Actually, they had a lot to do with it, because I completely enjoyed listening to their album, Disturbing the Quiet Enjoyment of the Home.

Make no mistake, this is a raw recording — raw energy, raw passion, raw excitement. But that rawness is exactly what's drawn me to this recording. I have developed this visceral connection to the sound they produce and the talent they possess. There is a live feel even on the studio tracks. In The Buff has this amazing ability to project themselves through the ether and perform right in your living room. Even the raw humor of Master Pete's Theater is brilliant. Usually, I get tired of the reading lyrics as high art Performance Studies pieces (a class I actually took in graduate school), but here the comedy continues to grow with each listen. Thank you!

The group is made up of solid musicians with a sense of drive, purpose, and enthusiasm about the music they are making and singing. The overall balance between the sections is excellent. They are truly blessed in the soloist department, with the worst performance on the recording being only slighty below "above average". Extra kudos go to Don Groves and Josh Snyder for their turn on Thank You and to Ryan Driver for his version of Take On Me.

The rawness does hinder them in a couple of instances. Tuning suffers on several tracks, but most especially Take On Me. They stacked their best arrangements at the beginning of the disc (and it worked on me): the second half would have benefited from either stronger arrangements or just a bit more studio magic to compare more favorably with the first tracks.

This album marks In the Buff's tenth birthday. Let's hope that they'll be disturbing us more often during the next ten years.

For ordering information, visit In the Buff's web site.