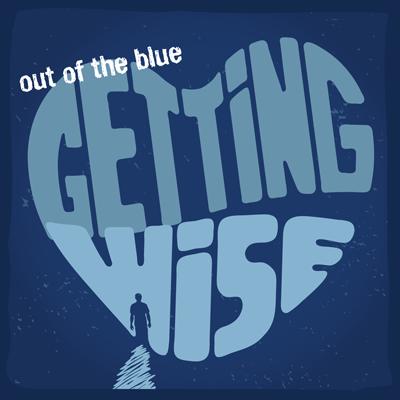 Yale's Out of the Blue is mixed-voice collegiate pop with a quirk. The wry, self-aware quality of artists like The Dandy Warhols, Regina Spektor, Guster, and Feist get the listener properly geared for an album of smart, tuneful, angst set to a 4/4 beat. OOTB can make me an uh-oh-I-think-we-might-break-up iTunes playlist any day.

The trick with covering artists whose personal style dominates their music is that you are either forced to imitate this style or reinvent the song in your own style. The former is skilled karaoke; the latter, artistry. OOTB leans almost universally towards the former.

And that's ok if you can rock the hell out of that choice. But anything less — less original, less creative, less rockin' — is a yearbook effort, not an artistic statement.

To get an album of covers to the level of excellent, a group needs stunning soloists or stunning arrangements. Preferably both. Out of the Blue instead establishes a baseline that firmly sits on the high side of average (thanks in part to the team of seven editors). From there they occasionally crest forward into the realm of the good.

The overall energy is a bit mellow, even when the tempo bounces. It's often suited to the introspective lyrics the group is drawn to, but Getting Wise is more of a driving album than a party mix (exceptions: Never There, Everytime We Touch). However, the soloists hold their own without exception, and Bill Hare's production adds a little technological flash to spice up the arranging.

Favorites: Between the Lines' Hannah Jacobson delivers a touching lead. Love Begins has some arresting exposed voices in the arrangement's opening. Never There is fun, creative and upbeat, with some sly quotes and rich harmonic choices. The Freshmen delivers an unexpectedly interesting vp performance by Ryan Laughlin.

This is one for the fans, and fans of the OOTB vibe will enjoy this generously loaded fifteen-track release of covers.

Yale's Out of the Blue's website cites a quote from Bill Hare among the accolades for Getting Wise which asserts, "This is by far the most progressive album ever released by a Yale group."

Stipulating to Bill's ability to remain objective, notwithstanding that he mixed and mastered the album in question, this still isn't saying much. After all, OOTB's competition is made up of the Whiffs, the Spizzwinks, the Alley Cats, Something Extra, and Whim 'n Rhythm, all of whom seem to specialize in classic/standards with a cheese factor that ranges from mild to pungent. And lest I forget, there's also the niche-repertoire of Magevet — unusual perhaps, but also not quite pushing the limits of "progressive".

That said, any album which includes The Dandy Warhols, Regina Spektor, Feist, Mika, Missy Higgins, Ingrid Michaelson, Cake, and Cascada among its fifteen tracks is surely venturing into unchartered waters. It's a track list to make Off the Beat proud in its originality. But it's also a bit of a letdown, then, that OOTB sallies forth with so little energy and interesting musicmaking to show for its efforts.

It's hard to pinpoint a single culprit, as the album sounds reasonably good and a fair number of tracks are quite good if not outstanding. Tempo might be a good place to begin, however. With barely a few exceptions, every track on this album shades towards a midtempo feel that just becomes monotonous. Especially as a fair amount of the material here might be categorized as having a pseudo-indifferent/alternative/indie-pop sensibility — and is generally mixed with a dryness that further accentuates that aural attitude — there's a sameness that is inescapable as the listener goes plodding along from song to song.

Delving a bit further, the arrangements have trouble with cohesion, rarely coalescing from a hodgepodge of individual lines into a fully-realized background upon which the song comfortably rests. There are nice moments here and there — bits of Happier and Between the Lines come to mind — but much more often, it's lots of running eighth and sixteenth note rhythms, against a very processed bass line and slightly-too-hyper vp.

Lastly, there's the energy factor — or more precisely, a lack-of-energy factor — that cannot be overlooked. It's hard to know for certain what recorder Greg DiCrosta handed over to the all-star team that edited this album (Boyer, Cannon, Bates, Sperandio, to name only some) and to Señor Hare, but if there ever was intensity and energy in the original sessions, it's just gone in the final product, replaced by a certain sterility in most of the background vocals that robs even the best tracks of any verve and forward momentum.

Re-reading what I've written above, I see that I've focused a bit more on the negatives than I might have liked. In a backwards way, perhaps that's because I see real potential for OOTB, not just as a standout group at Yale, but as a potential standout collegiate group in general. A slightly better (and perhaps shorter) mix of repertoire, arrangements that focus a bit less on rhythm and a bit more on texture, and a shot of adrenaline and heart to the singing itself and they could be there quite soon.

As a whole, Getting Wise is a well-executed, thematically-consistent album. Out of the Blue takes the listener on a journey through the many phases and types of love, hopefully coming out smarter on the other side. The group has put much thought into song selection and ordering: the pop and indie rock songs flow nicely into one another, and each song strikes exactly the right emotion at the right time.

The album sounds great, too. Bill Hare's mixing is superb, and studio effects are used minimally for maximum impact. Even the tuning is spot-on throughout.

Even with all this going for it, Getting Wise is still just average. Although Out of the Blue has excelled in what are normally problem areas for collegiate albums, they seem to have neglected the basics: arrangements and solos.

The arrangements are mostly faithful imitations of the originals, and there is not very much going on in the backing blocks. This is actually quite listenable when the group can keep its energy up, as on Bohemian Like You and Never There. Most of the creativity lies in the judicious use of interpolated music, with varying degrees of success. In Fidelity, we barely get through the first verse before the Regina Spektor quotes start flying, and the effect is very distracting. This approach works much better in Everytime We Touch, which does not ask to be taken as seriously and brings in nearly every dance hit from the last two decades. Otherwise, Out of the Blue is not making any groundbreaking statements here, especially with overdone retreads like Fix You and The Freshmen.

All this has the effect of putting the focus on the soloists, but this doesn't really help either. On an album where every single group member is featured in some fashion, the overwhelming majority of the leads suffer from a combination of poor tone and lack of interest, with the women faring slightly better than the men. This album is supposed to be about love, but these singers have a startling lack of passion about their subject matter.

That said, there are definitely some gems here. Ryan Laughlin's wistful yet bitter rendition of Guster's Happier is just right, and Hannah Jacobson's take on Sara Bareilles's Between the Lines is heart-wrenching and gorgeous. Kaitlyn Sanders also does a fine job with Everytime We Touch.

Then there's Love Begins, an original composition the likes of which are all too rare among collegiate groups. It is honest and simple, the three soloists all believe the words they are singing, and the arrangement builds nicely. In fact, Love Begins is so good that it makes the lack of originality on the rest of the album all the more disappointing.

For their next effort, I hope the men and women of Out of the Blue will get wise to the creativity and talent they so clearly possess, search their hearts for some real passion, and give us more where this one came from.