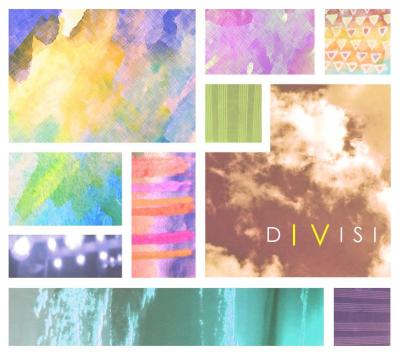 There's much to praise in dIVisi: soulful, full-voiced soloists; a universally silky blend; arrangers that freely depart from the constraints of the original songs with creative harmonies and countless, unexpected twists; full spectrum production, including octave dropped bass; well placed, driving percussion; and a truly diverse selection of songs spanning some 40+ years.

Musically, dIVisi has only one decisive flaw: the singers don't hear their syllable choices the way most listeners do. This may sound like a minor quibble, but in fact, it dominates the experience of listening to dIVisi. If you are the type of listener who appreciates true, out-of-the box creativity in syllable choice, if you feel that backs are as important as leads, then I highly recommend this album. By contrast, if you can be distracted by emphatically enunciated nonsense syllables, if you feel that backs are secondary to leads, then you'll want to approach this album with caution.

A track like This Will Be will either immediately strike you as uplifting fun, or utterly unlistenable, depending on your take. Many the Miles and Eugene press the issue. Carry On Wayward Son and Seen All Good People dabble just a bit in big nonsense, but on balance, are more focused on creative reharmonizations than syllable choices.

Heart of the Matter divides the issue, making very effective use of open vowels, lyrics, the syllable "get", short, percussive "ahh"s, and a terrific "wow" section — a creative and successful balance. But the arrangement also uses other syllables, like a shower of "days", "jabadahdah", and the "sumsum"s to far less success.

Even on songs like Eugene and Fallin', where there are few if any distracting syllables, the backgrounds are still mixed to compete with and even dominate the soloists who must fight for attention and clarity when they fall below mezzo forte.

This review might have turned to the influence of various specific arrangers on the overall sound, but dIVisi's liner notes fail to credit any of them. Who wrote the words and music to any of the songs? These notes won't tell you. And forget hometowns, voice parts or graduating classes, because, aside from soloists, we aren't even told the names of the singers in Divisi. They do credit all the vocal percussionists, even when it's obvious that the percussion track has more to do with the work of a producer than the work of the vp. And while Peter Hollens, Bill Hare, Ed Boyer, Plaid Productions, and Tom Anderson are all thanked, en masse, for recording, mixing, arranging and editing, we don't know who did what on any given track. The 24 watercolored images by Betsy Yates are quite lovely, but the gaping hole of missing information does not show them in their best light. Divisi should brush up on best practices for Liner Notes and at least provide complete credits on their website in the meanwhile.

So many of the choices that work so well in the live context take on decidedly different qualities in the microscopic intimacy of the studio. The talent in Divisi is unmistakable. These are singers you just want to hear more of: rich tone, solid licks, emotional commitment. The issue is whether you'll want to hear this particular project. Despite the talent and generous creativity, the artistic choices here make that a difficult decision.

I've never had my opinion of an album change so radically from my first listen to my actual review as I had with dIVisi, the fourth album from the University of Oregon's Divisi. I pretty much hated it the first time I listened to it, in large part because it epitomized so many things that I generally dislike in contemporary all-female a cappella: overdone songs, overly choral sounds, and bad syllables.

But on subsequent listens, I started to hear more nuance here: these arrangements add something new even to the most overdone songs. There are some incredible layers and echoes on Fallin' that create a sultry drama at the top of the song, and the panted/whispered harmony at the end certainly adds depth there as well. The arrangement for He Lives in You plays up the song's tribal roots and (thankfully!) downplays its musical theatre sound. Speaking of delivering outstanding arrangements, Divisi comes through in spades with Hey Eugene, blending long sustained notes with moving background parts and echoed words. It's one of the less well-known covers here, and Divisi does a lot to make it memorable. Most memorable of all, though, is Lindsay Varien's gorgeous solo on Colors.

dIVisi is not without some shaky moments, though. Carry On Wayward Son is a disappointing way to start the album; the first 40 seconds suffer from some awful syllables that never come close to conjuring the rawk of the Kansas original, which is a common problem for this song in the a cappella canon. The group turns it around with some gorgeous arranging tricks that pull the song into Divisi's sweet spot. They lose me again with the guitar solo. (Attention a cappella groups everywhere: you don't have to do a literal interpretation of a guitar solo. In fact, it's probably better if you don't, especially if your syllables are "diddle-iddle-iddle ah dah".) The syllables on Many the Miles are equally awkward, but the arrangement somehow manages to overcome the enunciation. Awkward syllables get more in the way on The Heart of the Matter, but the group's delivery of the off-kilter rhythms in the arrangement is commendable. There's so much precision in this group and in these songs that it becomes frustrating when certain artistic choices — usually syllables or choral sounds — get in the way.

And that brings me back to my opening comment: there was a lot on this album that I really didn't like when I first listened to it. The album grew on me — a lot — the more I listened, but it is still not without its obvious flaws. There's certainly a lot to listen to and dissect on dIVisi: is this a flawed album with moments of brilliance? Or a brilliant album with some debilitating flaws? Either way, it's certainly worth hearing.

On a separate note, Divisi could really stand to work on its album credits. We at RARB often harp on songwriter credits, and dIVisi is no different. Despite the liner note credits here, India.Arie was not the original artist for the song The Heart of the Matter; Don Henley was, and the song was co-written by Henley, J.D. Souther, and Mike Campbell. When You Come Back Down is credited to Nickel Creek as the original artist, but Nickel Creek's version is a cover of a song by bluegrass musician Tim O'Brien and co-written by Danny O'Keefe. He Lives in You is credited in the album as "Adapted from The Lion King on Broadway", but there's no mention of the song's composer Lebohang Morake, a.k.a. "Lebo M".

More than just songwriter credits, though, the group has fallen short on almost all other credits on the album. While soloist and vocal percussion are credited for every song, there's no list of the singers who performed on this album. Arranging and recording credits are aggregated in the album thank-yous: "Recording, mixing, arranging + editing 'IV' would not have been possible without the efforts of Peter Hollens, Bill Hare, Ed Boyer, Plaid Productions, + Tom Anderson." If you want to know who arranged a particular track, you're out of luck. It's a severe disappointment, since there were several arrangements that truly impressed me, and I would've liked to have praised the arrangers specifically by name here. Unfortunately, I wasn't able to do so this time, and I hope that Divisi will re-consider how to give credit in the future.

It seems that when your reputation precedes you, you've got no choice but to live up to it. In the past few years, Divisi has seen alumni on The Sing Off, the book that chronicled the group's famous ICCA journey made into a movie, and alumna Evynne Hollens' much-celebrated arrangement of Usher's Yeah adapted for Glee. On dIVisi, the girls remind us why their alumni aren't the only ones to pay attention to.

From the first note in Carry On Wayward Son, it was all I could do to not jump out of my seat and shout "hallelujah!" Too many collegiate all-female groups are champions of singing soft and pretty nowadays. The women of Divisi are loud, proud, and not afraid to give it their all in the recording booth. dIVisi is easy enjoyment because of this confidence, and truly a gift to the listener. Many groups preach it; Divisi practices it, and that sets the group apart.

It's a shame that the liner notes don't list individual arrangers. Tom Anderson is credited in a small thank you blurb — did he arrange everything? It wouldn't be surprising given the quality, but it's unclear. Many of these arrangements are standouts of the year in terms of all-female offerings from collegiate groups. For example, the group's choral interpretation of Fallin' is an extremely satisfying take on an overdone song. He Lives in You is incredibly dynamic and its layers unfold in waves that leave the listener begging for more. Hey Eugene brings the fun in a groovy kind of way. And, many bonus points for often using lyrics in the backs! Far less jarring than listening to a hard "jenna jenna jenna" for three and a half minutes.

The variety of music featured here is a big part of what makes the album a win. From Kansas to Sara Bareilles to The Lion King, dIVisi takes the listener all over the genre map and it's a fun ride. When You Come Back Down is extremely effective as a closing track — with so many fast-moving tunes packed into the first half, the delicacy of this arrangement is a welcome change.

Is it any surprise that "Divisi Mamas" — as they're so adorably referred to in the liner noes of dIVisi — are members of Delilah and Musae, two of the most powerhouse all-female pro groups around? I think not. With dIVisi, the women of Divisi have proven that the next generation is ready to fill their shoes.