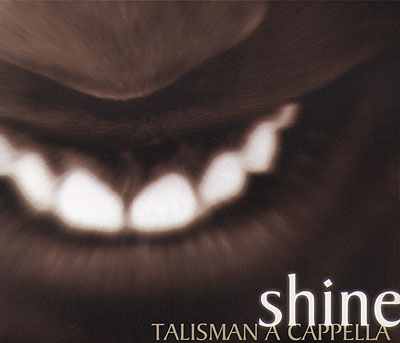 Music is a question of tastes. First question: Do you like amateur classical music? If you do, are you more likely to listen to the local philharmonic playing Rachmaninoff or Ireland's favorites? Now, if you chose Ireland's favorites, are you willing to shell out for the local philharmonic CD? Or would you just as soon narrow it down to a choice between Padraig Murphey's Reel Thing or James Galway with the London Symphony Orchestra?

Those of us who love folk music tend to connect with its spirit rather than its details. We are forgiving of flaws in timing and sometimes tuning, and we also tend to appreciate endless reincarnation of traditional music. But there's still a need for emotion, as well as a certain weariness with chestnuts. Said chestnuts can be particularly wearisome when performed by classical groups, which tend to bring restrained enthusiasm and conservative arrangements. Sterling musicianship can elevate some of these translations to a worthy level, but these interpretations generally suffer from a presumption of guilt until proven otherwise.

Talisman is an amateur classical group, and a pretty good one at that. They are not the college choir of Kings College, Cambridge, but neither are they the Central Oregon Community College chorus. And instead of presenting us with another set of Palestrina's greatest hits, they have instead mined the archives of world a cappella for their set list. Fully 19 of the 32 songs in this collection have the phrase "adapted from" in their arrangement credit line. The other 13 are arranged by the group, and tend to run along the lines of Summertime and Amazing Grace.

Listening to this compilation CD, I find myself most drawn to the songs with which I am unfamiliar. That's certainly encouraging — most listeners likely will be less familiar with this repertoire, and more inclined to enjoy it at face value. But it also worries me. Given that I prefer professional versions of the songs I have heard elsewhere, buyers might do better to seek recordings of this unfamiliar music elsewhere. To name one example, Talisman's version of The Rainmaker is a wonder to behold, but it is still perhaps a hair shy of the original. And The Power of One soundtrack, to name one example, is a much more compelling whole than this two-disc, Talisman extravaganza.

There are, of course, other reasons to buy a recording. If you know members of the ensemble, or have enjoyed Talisman's live performances, then I recommend this album without hesitation. It's an excellent way to revisit past pleasures. Buyers who wish to support multicultural efforts on college campuses might also do well to use their checkbooks in Talisman's favor. This music is underrepresented at US colleges, and high school students might also benefit from such worthy role models.

But I find I harbor a small measure of cynicism toward Talisman's efforts to show itself as a multicultural surviving light, overcoming adversity to carry their vision to future students. The excellent liner notes (a welcome contrast to Anthem, Talisman's previous greatest hits collection with a one-word title) are a well-documented history of the ups and downs of a fledgling student group. But these students are also members of the Stanford student body. You expect them to be driven and talented. Their accomplishments should not be minimized, but neither are they a group of underfunded, inner-city high school students who live in public housing.

Talisman a cappella: talented, soulful kids from Stanford singing world-beat a cappella hits made famous by other people using similar arrangements. That being said, if you are still interested in Talisman, your money will be well spent.

Talisman's Shine is the culmination of a ten-year labor of love. The African and other ethnic folk songs often sound as if they were written especially for this spiritually-attuned mixed ensemble. Sound and silence, lead and ensemble, harmony and unison — Talisman places these in delicate and seemingly effortless balance. I rated 20 of 32 tracks "Excellent", our highest rating. If Afro-world a cappella appeals to you, this CD is an absolute must-have. Shine is simply one of the most finely crafted collegiate recordings available.

The "good" songs may not be "excellent", but they're definitely on the high side of good. And only a few songs (most notably, Zombie Jamboree, but also Summertime) don't quite fit into the mix. Perhaps in a live concert they add variety; here the sound is jarring and Talisman sounds a little ill-at-ease singing them. It is the only time that Talisman seems to reveal to us that they are a collegiate group, a fact that so many other tracks make easily forgotten. But even these song choices, the liner notes explain as intentionally chosen despite their incongruity.

There are too many standout pieces for me to extoll the virtues of even a few, without hinting at disbarragement for the rest. Shine really rings true from first note to last. It may not make you get up and dance. It may not make you sing along -unless you happen to know Zulu, Latin, non-sense syllables, Swahili, Apache, Tuscaran, and Kannadan. But it may open your awareness through moving lyrics, beautiful music and deeply passionate performances. Don't skip this one; it's magic.

Talisman has performed at the Whitehouse, the Olympics, Carnegie Hall, and on television, and it's easy to see why. Their pitch & rhythm are impeccable and their intepretation, of music not commonly performed by college students, is simply beautiful. Talisman performs African and African-American music exclusively (no pop tunes here), while most other collegiate groups seem happy to just cover the Toto song Africa. While rock/pop music is popular, it does not appeal to as large of an audience as Talisman's music. This music can be understood by people all around the world and of all ages.

There are so many great songs in this compilation that it would be impossible to discuss them all here. There is really not a bad track in the bunch. If you are looking for a wonderful set of CDs, this is definitely the one. I just love these albums.

When you take a group with a history of excellence and compile the best of what they've done over the past ten years, you get one great album. So is the case with this one.

Each song is filled with a passion for both the words and music that is very rare in any genre. This group really understands the meaning of each track and translates it to the listener. It is very hard to not get a chill down your back. Each song also carries a positive message. From the uplifting No Mirrors to the emotional Keep Your Eyes On the Prize, one cannot help feeling of great pride after listening to this album.

I did have one reservation about some of the arrangements, however. By reading the liner notes, most of these tracks were adaptations rather than arrangements. Even though they are performed to perfection here, if I was more familiar with some of the original artists I'm sure there would be little difference between the two. The ones that I am very familiar with (Lion Sleeps Tonight, Zombie Jamboree) I was not impressed with at all.

Overall, this is one of the better albums that I've had the pleasure to listen to. I truly enjoyed the vast variety of world music here and felt that Talisman's performance of each song was true to the message. In fact, I liked it so much that I will be adding more of this genre to my collection. Here's to ten more great years of Talisman a cappella.

Perhaps it is fitting that a 10th anniversary compilation album, by a group whose primary focus is music of peoples and countries in conflict, should produce such conflicted feelings in the ears and mind of this reviewer. On the one hand, it takes serious guts (and cash) for a collegiate group to put out a 2 CD set with a whopping 33 songs. As someone who stresses quality over quantity, I'll admit I approached with caution. On the other hand, Stanford's Talisman is no ordinary a cappella group and their repertoire is so vast and varied that perhaps a 2 CD set is warranted, even necessary to cover the breadth of this group's abilities and talents. Perhaps.

Musically, you have nothing to worry about. The ensemble singing, female heavy, is on par with many professional groups and the blend is on the whole seamless. I say this despite that fact that the group averages around 18 members — large, by any a cappella standard, and a fact which made expect rather than marvel at their full, rich sound. Nevertheless, this is why none of the songs rate lower than a "4"; they're all good, and some even better.

On to repertoire. Here is where my greatest conflicts lie. Talisman through the years has chosen to sing music which runs the gamut from traditional/native songs in native languages (many different, difficult languages — how they memorized them I'll never know), to covers of songs by similar-minded groups with an ear for "genuine expression of substantive, cultural music" (as stated by Talisman's founder), to covers and/or arrangements of standard a cappella fare.

When it comes to the native songs, we're all in the same boat. Most of us don't know the originals, so judging the quality of interpretation becomes impossible. On the flip side, perhaps that is music at its most visceral. Do we like the piece or not, having nothing to judge it on but our own emotional reaction to it? For my part, my faves in this category were the lively Siyaya eJerusalema, hypnotic Adiemus and haunting Mahk Jchi.

Covers from other similar groups tend to primarily be adaptations of songs by Sweet Honey in the Rock (six covers included here). All are performed serviceably but frankly, if I wanted Sweet Honey I'd be listening to their album. Which leads to my frustration with their standard a cappella covers. Again, all are rendered well, but do we really need another Zombie Jamboree or Lean on Me. I understand they helped get people to audition initially (as explained in the notes) but they're not needed on this album.

One more minor, random quibble: I'm no expert in African, Native American or Far-Eastern music, but at times I was left wondering if applying Western harmonies to indigenous music ultimately homogenizes the sound and robs the music of its native feel — something to consider.

But safe to say, Talisman has created its own, unique niche in the collegiate a cappella world with an impressive sound and unparalleled variety. If you're willing to stretch your ears a little, this 10th album anniversary is clearly the definitive and most extensive Talisman collection you could ever need — then again, maybe too much so.