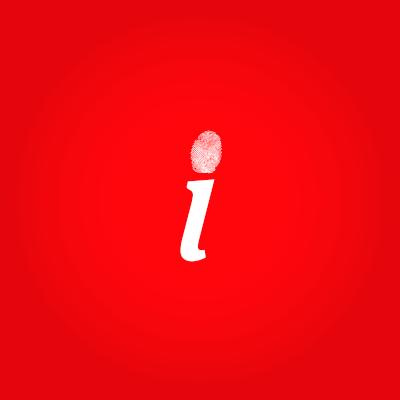 identity is the latest offering from The Innocent Men, a seven-member all-male a cappella group from the University of Wisconsin-Eau Claire. The album design uses a fingerprint to dot the "i" in identity, furthering the notion that this album represents The Innocent Men from line to whorl. And perhaps it does.

However, the identity this group has put forth is a bland one. There are no highs or lows on identity. There are no amazing or terrible arrangements. There are no standout or miserable soloists. Everything is fine. Everything is okay. It's as if something has muted the Innocent Men, limiting them to mid-tempo covers that hover in the middle dynamically and vocally. The soloists sound like they are singing by rote, making sure to hit every note but without much to give in the way of emotion. The arrangements are serviceable and the group performs them quite well. Blend isn't an issue. There is just a lack of excitement. Even pulling in a female guest soloist on Fire N Gold fails to pique interest.

While many of the songs should have "wow" moments (i.e. the vocal breakdown in the middle of Cinema; when the percussion hits in Holy Radioactive Love), the end result is subdued — there is no great distinction between those moments and the rest of the songs.

identity captures a moment in time for The Innocent Men — one the group's friends and family will surely enjoy. The average listener will likely want to pass this one by.

The Innocent Men's identity is a mix of hits and misses, and it leaves me asking if the album really defines the identity of the group. One thing for sure is that all tracks are well-mixed courtesy of Bill Hare.

The first half of the album is not the best representation of the group — it feels like the part where the group is still warming up. The opening chords in Cinema are a good benchmark of how the group sounds on the entire album. I started feeling the vibe of the track in the chorus part up to the rap section. But there are parts of it where I wish there was more energy, enough to deliver the EDM drop effect. I don't know where to pinpoint the cause of the lack of energy. Maybe it's the arrangement, the soloist, the vp, or maybe the background singers' overall singing intensity. This is audible in Born to Be Wild, Holy Radioactive Love, and Take Me To Church.

The second half of the album is another story. Come Sail Away breaks the trend and starts to get to the momentum. The signature, colorful sounds of Tom Anderson magic are present in Fire N Gold partnered with featured artist Alissa Peanasky who sings the solo and owns it. Then follows my next favorite track on the album, JT's That Girl, arranged in a cutesy doo-wop style. Simplicity is key and it doesn't really need a complex vocal arrangement to sing it a cappella and deliver a good performance. White Blank Page falls in the trap of having too much repetitive "da bi da bi" syllabication in the background vocals — it becomes exhausting to the ears and I was hoping it would change towards the end but it doesnt. And lastly, Drag Me Down is, for me, the least annoying arrangement that segues to different songs without getting lost along the way.

I could only pick a few songs that I like on this album. Take Me To Church could have made it to my list but the chord progression in the chorus is not what I expect it to be. Also, the group needs to focus on choosing soloists that best represent the song by owning the lyrics and delivering them to the hearts of their listeners. If The Innocent Men could do this on the next album, only then could the group truly show off its identity.

With one exception, identity is weighed down by below-average soloists, arrangements, and energy. There are no major blunders on the album, but I am left feeling underwhelmed throughout.

I will start with the exception. White Blank Page hits above-average marks in all categories. First, the soloist is well-suited to the song — so well-suited that he could be a stand-in for Marcus Mumford. Jacob Techmeier does an excellent job bringing passion and purpose to his performance. Second, the arrangement does a good job emulating the best parts of the original song. The background supports the solo and adds a nice texture throughout without being distracting, and the dynamics are compelling. Finally, there is a palpable difference in energy coming from the background. The group sounds like it was actively singing. This track is a keeper.

White Blank Page showed me what The Innocent Men are capable of, which is why I was disappointed that they missed the mark elsewhere on the album. The arrangements of Born to Be Wild and Come Sail Away shortened the originals (by about 40% in the case of Born to Be Wild), which may be wise given the length and prominent instrumental interludes in both songs. However, the cuts simply made the two tracks "light" version of the originals. The arrangements cut too much without innovating. Additionally, the soloists and background do not seem invested, with both sounding robotic at times. The verses of Come Sail Away come to mind as an area for improvement, too. These are two iconic songs and The Innocent Men did not do them justice.

I was confused by the group's mashup of Holy Grail, Radioactive, and As Long As You Love Me (and an uncredited reference to Too Close by Alex Clare towards the end). This track is essentially parts of the three songs put next to each other. It is more of a medley than a mashup and while pleasant to listen to at times, the track is not musically or thematically consistent enough to feel cohesive.

Other areas of improvement that come to mind include the solo decision in Take Me To Church, which sounds choppy in parts (the riffs about one minute in on "amen" could be cleaner), and the arrangement for That Girl, which feels cookie-cutter and not engaging.

With this said, there are a couple of spots on identity that are alright. I like the group's decision to feature Alissa Peanasky as a guest soloist, and I think Sam Bijou is a good match for Red Eye. Both brought performances that help make up some of the deficits elsewhere on the album.

The Innocent Men demonstrated the group's potential. For future albums the group would do well to stick to the strengths embodied in White Blank Page while addressing weaknesses stemming from the group's song selection, soloists, and energy.