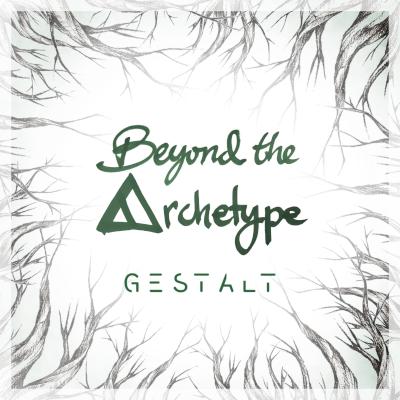 With the group's debut release Beyond the Archetype, Gestalt is clearly on a quest to bring something new to the world of a cappella recording. Just about everything is a little bit outside the box in a delightful way, from song choice to album flow, to the group's approach to many of its arrangements. The most successful moments here rival some of the best a cappella at any level. The less successful moments clock in at solidly above average. Overall, Beyond the Archetype presents an exciting mission statement for this young group and hints at even bigger things to come!

This album is at its best when it allows the individuality of its members' voices to shine through in the arrangements. Trainwreck is an outstanding opening tune, driven by an awesome Ben Bram arrangement that brings forward several group members, both as soloists and in featured background moments, to great effect. The energy that each singer brings to his or her piece of the arrangement conveys a sense of ownership and vitality that one hears more often from professional groups than scholastic ones. It's dynamic, believable, and a great way to get things going.

Selah is similarly successful as it weaves together emotive background textures in support of a great and sensitive lead by Jonathan Walls. Walls' feature on the opposite end of the harmonic spectrum in Lionsong serves to underscore just how much this group understands its membership and is able to showcase the full range of the ensemble's talents. Speaking of Lionsong, lead singer Brittany Russell is without a doubt one of the best and fiercest soloists collegiate a cappella has ever produced. The soul-shaking grit and dripping emotion in every facet of her delivery is a master class in how to turn in an impactful recorded performance.

Where Beyond the Archetype stumbles a bit is when it gets away from spotlighting its members' individuality and instead veers toward a more standard a cappella sound. Old Habits Die Hard and Wait For It are both good, but they sound much more in line with the rest of the college scene circa 2017. Lizzie Frankenthal anchors Old Habits Die Hard with a solid, nuanced solo, but the arrangement doesn't develop as dynamically as some of the other work on the album and doesn't allow individual members' strengths to shine as brightly. Wait For It is just a little too slow and similarly doesn't have the same level of impact as the stronger tracks. The halftime drop in the middle fizzles, when I want it to explode. Again, these tracks aren't bad, they just fail to leave the same impression as some of the more powerful offerings.

As Gestalt keeps on refining its sound, I think the group will find enduring success by continuing to mine the unique qualities of each member's talent, and by crafting arrangements that bring that talent to the forefront. This approach is often what separates the scholastic aesthetic from that of a professional group. It's refreshing to hear a college group aim for real originality by way of its members' unique strengths: a sharper focus on this approach will make Gestalt's sophomore release one for the ages.

Make way, a cappella world, because here comes Gestalt. Barely a year old, the mixed group from the University of Florida has wasted absolutely no time in making waves. These singers placed third in their first-ever ICCA semifinal and followed up with a runner-up finish at SoJam. It stands to reason that the expectation for this album was high to begin with. With Beyond the Archetype, Gestalt has given us a glimpse into its world, and it's filled with power and emotion.

The soloists for this group are top-notch. There are two that really stand out to me: Brittany Russell and Emma Robinson, for two very different reasons. Russell's solo in Lionsong is an unreal explosion of power. It almost feels like it's on the verge of losing control when her voice starts to get slightly raspy, only to be pulled back like a slingshot into the next phrase. The track is just laying the foundation underneath, and it's haunting. Robinson's solo is the exact opposite. She has some serious technique throughout the vocal runs. The pitch changes are slightly glottal, giving a serious illusion of some heavy autotuning. It's darn impressive. Listening to the vocal runs is absolutely mesmerizing. There are all sorts of fascinating things going on in the background, and it's interesting to hear how the juxtaposition of power and technique between the foreground and the background gives one heck of a presentation.

In many ways, I think this fusion between power and technique is what defines Gestalt. The group introduces this style early with Trainwreck. However, Old Habits Die Hard doesn't play nearly as well to the strengths of the group — it makes for an interesting mid-tempo selection to add some diversity to the group repertoire, but it feels out of place relative to the rest of the album. Even Wait For It, which hangs mostly in a groove for most of the verses, eventually explodes in the bridge for the group to release that sound again. My best guess is that this comes from having all but one track — Lionprelude — arranged by someone outside of the group. Gestalt is playing to the arrangements rather than the arrangements playing to Gestalt. I'd pose it as a challenge to the group to create a cohesive sound across all songs, regardless of where the arrangement comes from.

Overall, this is an amazing opening statement for Gestalt. The group has established what its sound is and the potential that it has. The little slip-ups aren't necessarily failures but more opportunities for improvement. With a group that has so much potential and the ability to make it happen, look out for these men and women and watch what they accomplish. Check out Beyond the Archetype, because it's definitely worth hearing.

A listener would have no idea that Gestalt is only a year old from the quality of Beyond the Archetype. The album has strong arrangements and impressive execution from the group. It provides a rich listening experience.

One thing that also strikes me is the track list. It's got songs by Emeli Sandé, Banks, Katy Perry, and Lin-Manuel Miranda, to name a few. The track list is eclectic, making this an interesting contribution to the a cappella scene, and the production team does a good job creating a unified sound throughout. Tracks five, six, and seven (Lionprelude, Lionsong, and Age of Adz) are different from the other five tracks on the album, but they're mystical enough (good job on the effects that sound like wind blowing) to keep me engaged.

Arrangements can make or break a group and in this case they give Gestalt a really nice raft. The arrangements, almost across the board, buoy the group. One way to jump start a group is to bring in experts who have experience and recognition in the field. In this case that means bringing in Elliott von Wendt of The Vocal Company and Ben Bram of Bramhaus to do most of the arranging, and Plaid Productions for most of the production. They deserve as much credit as the group members for the album's success, and all help Gestalt come in with guns ablaze.

The arrangements strike the right balance between providing for an interesting, engaging background while also still allowing the soloist room to shine. Trainwreck, for example, incorporates subtle pulsing sounds, rhythmic and syllable variation in the background, and a solid use of dynamics. The arrangement fills the space with a full sound. Wait For It features nice callouts from the background and effective use of percussion. Selah has a beautiful intro and a great climax around 3:00. These subtleties help set Beyond the Archetype apart. My one gripe with the arrangements is that Rise sounds a bit thin; the fullness achieved in other songs makes this one feel lacking (though it may also be related to a production decision to emphasize the bass and percussion).

Though the arrangements are strong, the soloists do not always match that rigor. Except for Brittany Russell, the soloists could have brought more to the table. Lack of energy, investment, and risk-taking are part of it. Sometimes soloists sound a touch robotic or rigid. The solo assignments may also be part of it. I was hoping for more "oomph" across the board.

Brittany Russell is the one exception, though. She does a masterful job on Lionprelude and Lionsong. She belts her heart out and is willing to leave it out in the open for all listeners to enjoy. It is refreshing to listen to her solos; they are among the top I've heard all year. As the group works on future recording projects, I hope the members will take best practices from Russell's performances.

The arrangements are interesting, the backgrounds are strong, and the effects are ... effective. What more is there to like? Sure, the group has some tweaks to make for next time, but Beyond the Archetype is a strong showing. Watch out, a cappella world!

Beyond the Archetype also streams on Spotify.