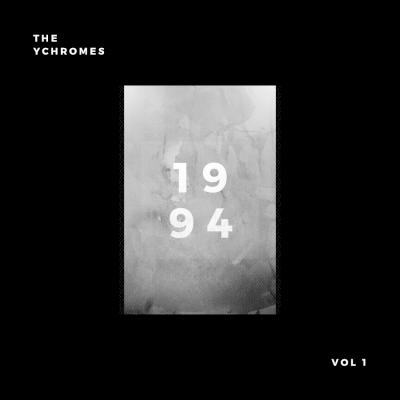 Crazy is crazy. The YChromes hit the ground running with snarling throat bass and an arrangement that revels in its own intensity. The atmosphere expands and contracts through brooding chanted harmonies, punctuated by explosive percussion and a simple yet powerful single-phrase chorus. So patient is this buildup that it takes two full minutes to reach a verse. We get less than a minute of having actually arrived at the melody, and with one final climactic chorus, we are plunged into a choral outro.

The YChromes could have just released this single and I would be a happy listener.

Instead, 1994 proceeds with two songs that make much less of a visionary statement.

Roses and Gone are run-of-the-mill male collegiate a cappella numbers. They open slowly and sweetly. We are serenaded through a verse, then the beat drops and we groove through the rest of our AABA template. Roses airs on the somber side while Gone has more spunk, but both typify the radio-friendly lovestruck crooner.

Technically, tracks two and three are just as polished and precise as track one. The EP sounds good from front to back, and if you want something to hum along to, then 1994 fits the bill. From a performance standpoint, there is less energy after Crazy. Short syllables in Gone are delivered without enough staccato to outline the playfulness of the rhythm. In Roses, the long series of backing lyrics stretched to fit over block chords sound more bored than forlorn. In both tracks, dynamic contrast seems to come from post-production programming rather than vocalized volume. In such a concise three-track release, there is not enough run time to record anything less than your most engaging material.

The score for this album comes down to song choice. Why these three songs? As a collection, 1994 represents a nice range of timbres: angsty, mellow, and upbeat. All three get points for reaching that zenith moment in the bridge. Crazy gets the most bonus points for going out on a limb, while Roses and Gone get points for being familiar and catchy. Being catchy is good, but for me, to get up to a "5" you need some serious star power, and still probably make some bold moves with the arrangements, too.

Arranging a song that doesn't immediately register as vocal-friendly, infusing unique timbres and talents, and audibly having a good time bringing it to life: now that is a surefire way to make your a cappella recordings heard.

Much like the group's EP, my review for 1994 is short, sweet, and to the point. Even with just three songs to its name, this YChromes project is scoring at the higher end of the "Repeat Listenability" scale. This is due not simply to its length, but rather for the quality of singing found throughout.

The lead song, Crazy, is definitely the standout on the EP. It checks most of the boxes for me. The dynamics are intensely focused from start to finish. The background singing is balanced and just as engaging as the lead vocals. The blend is terrific, and the voices have a subtle shimmer to them. The guitar-esque vocal filter effects add just enough grit and aren't too over-the-top. Even the vocal percussion hits almost as hard as real kicks and snares. It's a "5" in my book.

In the second song, Roses, The YChromes continue to put on a clinic in energy and blending. Take a listen to the sequence from around 2:20 to 2:50 as example. Here the song transitions from loud to soft to loud in a matter of moments. The sound crumbles and decrescendos into warm, tender closed "oooh"s. There's a sort of "woosh"-y sound going on in the background that almost teeters on the verge of cheesy, but there's still a subtlety to it that makes it feel necessary.

In all, 1994 proves to be a strong showing for The YChromes. While brief, and not necessarily "game-changing", the project sounds remarkably focused and well-executed. It's a slick, polished product that should wet the whistles of the most yearning of a cappella fans. Hopefully, this is just a small sample of what's yet to come.

Despite paying homage to the founding year of the group in the title, The YChromes have decided to select more modern tracks with the three songs on 1994. While I applaud the group's risks — putting its own spin on recent pop and electronic tracks — the finished product could have packed a little more punch.

Starting with the last track first, JR JR's Gone is the most complete track of the three. Tom Schreck takes command of the solo from the very start with a smooth and passionate vocal. And Eric Brownstein's arrangement allows the backgrounds and percussion to drive the track forward from the very beginning to the very end. Well-timed swells and a thumping kick drum from Zubin Hussain gives the entire track a sense of direction and movement that keeps the listener engaged. It's too bad that Gone is a mere 2:35 — I would love another two minutes.

It is this energy that I find lacking in certain points of the first two tracks. Despite Hussain's slick percussion and a driving bass line, Lido's Crazy is a little too repetitive for my liking, especially during the first two minutes. In order to balance out the repetitive nature of the track and limited lyrics, the arrangement could have benefited from more dynamic changes in tempo and volume across all parts to give the whole song a little more color, or even shortening those more repetitive movements to keep the track pushing forward. In not doing so, certain moments seem to trap the track in an endless loop.

As for Roses, I didn't even recognize that it was the Chainsmokers song until the line "Say you'll never let me go" about a minute and a half in. Arranger Pat Boland decides to take the pop/electronic original and completely turn it on its head, arranging the track as an emotional ballad — an absolutely brilliant idea when you listen to the lyrics closely. However, I wish that the backgrounds were about two volume levels quieter from the start. Malcolm Washington's intention seems to be to start the solo with a sweet and delicate touch throughout the first verses and chorus before building to a dramatic plea at the end, which he does beautifully. However, with the backgrounds starting and maintaining a mezzo forte/forte volume level throughout, the group doesn't allow Washington the creative room that he needs in order to develop that story arc, and it definitely hurts the track as a whole. Remember, if you sing too loudly in the recording booth, there isn't much that production and mastering can do to soften that volume — even with the great work from the team at Liquid 5th Productions.

Despite some of the criticisms that I've addressed about 1994, Roses alone makes me very excited and encouraged about future EPs and full-length albums from The YChromes. These guys definitely have the talent and skill to take their music to the next level. If they focus a little more on the fine details the next go-around, they're well on their way to a "5" rating.