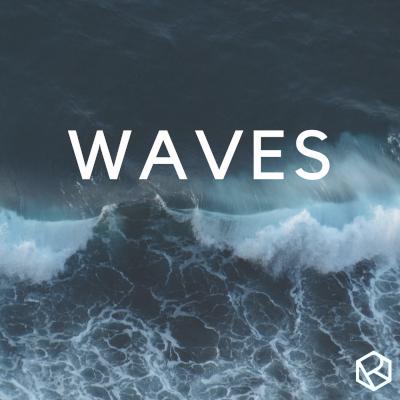 Remedy's water-themed EP is one to behold. These four gorgeous tracks are polished to a shine, either from millions of years of moon-pulled waves rhythmically crashing upon the songs, or skilled arrangers and an audio engineer working with an already-strong group that has submarine-level depth in their leads. (You decide. Maybe both?)

Listening to Kassidy Rosengren churn out Water gives me an existential crisis every time. Apparently her range and register sweet spot covers ... every note on the scale? Why does each lyric she sings, regardless of the vowels or consonants present, sound more enchanted and better shaped, with stronger control and support, than the best recording artists working today? What is today? What is a day? What is young Kassidy Rosengren going to do for the rest of her days? If it's not gracing our radio dials, a record label is making a big mistake.

Hurt Me is a bouncy, sassy, shoulder-shimmy of a song with an empowerment message: "Just cause you're hurtin', don't mean you get to hurt me." Lead Peyton Deffenbaugh delivers Meghan Trainor's tune with her own flair. I also adore the creative inner-song transitions penned by arranger (and RARB alumnus) Rob Dietz; always forward momentum, always something that tips your ear, with singers who unfold his chart beautifully. This isn't pop-lite; nor is GIRL with its smooth groove, powerhouse vocal runs, and finesse from soloist Kimmy Giese.

Looking to close out your day by the water with a chill beach bonfire? You're not gettin' one with Wade Paquin and Mattie Kelton blasting out Walk on Water. What a great piece to showcase the talent of this choir program at large under the direction of Will Griswold. Even the simple "whoa" slides could go horribly awry with a non-Remedy choir recording; the group's strength as an ensemble is all here with this big-bang, full-throat-singin' finish. This is probably the right time to mention the EP's percussionist, Josh Fritz, who is wicked-good. And providing a cohesive, crisp soundscape is Mel Daneke at the mixing board.

Waves is a curious little release from Remedy. This Texas-based high school squad gives us a short four-song snapshot of the group. The singers have a lot to offer, but a lack of consistency across such a small sample size negatively impacts what could have been a stellar release.

Let's start with the last two tracks on the album. There's nothing on the surface that is wrong with these songs, and it took me a little bit to realize what feels just slightly amiss about these pieces. The energy is different from the intention of the music; it's a piano dynamic and forte energy. Consider Walk on Water. This piece is intended to be strong and rebellious. The energy is always strong, but the opening measures feature a quiet drone. To keep the energy, the "ooo" vowel needs to feel almost like a stage whisper, but instead it feels a little flat in energy sometimes. This can soften some of the impacts, resulting in a piece that feels overall slightly dull in energy. GIRL has this same concept, where there is an overall lack of dynamic interest. The piece is solid across the board, with Kimmy Giese giving a solid solo; it just has an overall lack of dynamic impact that leaves something more to be desired.

These pieces are juxtaposed by the opening two numbers. Water offers a great presentation. Kassidy Rosengren gives a solo that is both powerful and sincere, and it's supported by a group that is fully tuned into what she is trying to do with the dynamics and energy to match. Hurt Me is a fun and bouncy piece. It's plainly obvious that the group prefers these two pieces, as they are fully into making every part of these performances shine. The energy is consistent, even as the dynamics change. The impacts hit just a little bit harder because of a larger dynamic contrast. As a listener, I find these little changes to make a noticeable difference between what is good, and what is great.

The biggest challenge when reviewing Waves is that I don't know which is the true version of Remedy and which is the outlier. The solution to answering this question makes me excited about the future. I would love to hear more from this group in a full-length album. I'm confident that Remedy could take a larger set of songs and prove that good energy is the norm for the group rather than a toss of a coin. I'm excited to see just how far these students go — and you should be, too.

Argyle High School's Remedy crafts four songs from contemporary artists into a short, polished EP. While Remedy may hit all the right notes on Waves, the group doesn't always make music out of them.

The release showcases the vocal band's technical strengths. All four songs shimmer when the background voices blend together while singing lush chords, which Robert Dietz and Caleb Moore write plenty of in their arrangements. The treble voices frequently back up the soloists with lovely trio harmonies, particularly in Water and Hurt Me. Remedy's diction and timbre fall on the pop end of the tonal spectrum, but with a warmer tone and relative lack of breathiness than one might expect. The soloists all bring strong individual, expressive performances to the songs. You can hear their attention to details like accented consonants and small swells throughout the album, though the dynamics could have contrasted more. Production by Mel Daneke and Dave Sperandio amplifies the group's singing to create sonic space, most notably at the end of epic Water, and transforms voices into synthesizers in Hurt Me and Walk on Water.

However, I don't always get the sense that the singers know what they're singing about, or let the songs' messages guide their interpretations and performances. Assessing storytelling in audio recordings can be an imperfect endeavor without the benefit of seeing a group's facial expressions and movement. But emotions can still come through both abstractly and concretely in the articulations, dynamics, lyrical emphases, rhythm and tempo play, and timbral affectations, to name a few components of vocal interpretation. Waves sounds gorgeous on the surface, but what emotions lie beneath?

To take one example: in GIRL, the group tunes add-nine chords, creates a rhythmic texture through consonants, and effectively emulates Maren Morris's country twang and instrumental set-up. But as a group, the singers fail to replicate the pain and empathy evident in Morris's tone and the song's lyrics. Soloist Kimmy Giese brings some of the intangibles I mention above and renders an emotional lead performance. In contrast, the background vocals sound as if they're too afraid to truly sing loudly or with strong emotions for fear of losing their carefully honed blend and tuning. This is a consistent issue across the album: Walk on Water never quite feels revolutionary, the climax of Water sounds heavy but not anguished, and Hurt Me comes off as bubbly rather than a dismissal of a toxic person by someone who has moved on.

The delicate balance between tone/technique and interpretation is one that most singers and singing groups struggle with, especially those who are aiming for high-level performance. And some of the emotional distance that I sense may be in part due to the recording and production processes. But as Remedy continues to record, attuning to the storytelling in their voices and interpretation will help take this technically sound group to the next level.