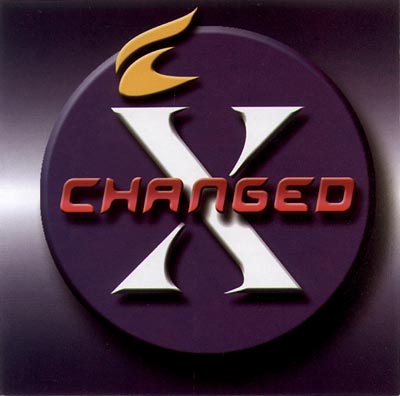 The mixed voice contemporary Christian group, X-Changed, often lacks dynamics and sometimes lacks good blend. When you combine this lack of musicality with their choice of highly repetitious music, and lyrics that walk a fine line between the truly inspirational and the truly insipid, the result is well-intentioned, but inconsistent. However, despite this, X-Changed does manage a few memorable moments.

In How Could You Say No, Laura Ellis' solo is so honest, so passionate and plaintive that she manages to transform what could have been trite lyrics to a deeply moving story. In I Stand Amazed the emotional transition from gentle introspection to outward exultation is handled with musicality and energy.

If you can't get enough of worship set to music then X-Changed won't disappoint, particularly in the second half of the CD, which does get stronger incrementally. But if you want to be inspired by a heavenly release, you may need to keep searching.

X-Changed is a Christian a cappella group from David Lipscomb University in Tennessee. Their self-titled album is a collection of twelve praise songs and hymns. Many of them are originals by the album producer, Keith Lancaster, a great musical talent.

Lancaster has taken the four-chord standard praise song and made it engaging and interesting through his unique arrangements. Awesome God has a fantastic opening and harmonic build. If You Miss Me, an old-time spiritual the group handles with aplomb, has a wonderfully rhythmic breakdown. Two of his original pieces, True Bread and Covenant of Love, have alternating sections and slowly building harmonies that are just beautiful. I also enjoyed his new take on the traditional hymn I Stand Amazed.

The vocal percussion, while limited, was varied and interesting, and used to good effect. There were also a few impressive solos on the album as well, including the vocal stylings of Laura Ellis on How Could You Say No and Ryan Smith on Awesome God.

By the nature of the genre, this is not an album for everyone. But this is just plain, good old-fashioned a cappella. If you enjoy sweet harmonies and want to hear some interesting arrangements of Christian music, this is definitely an album to own.

Tight singing and great energy abound on the self-titled release from X-Changed, a collegiate Christian a cappella group out of David Lipscomb University in Nashville. The songs and arrangements are sometimes too simple and repetitive for the talent of these eleven young men and women, but there is little to fault them for on the technical side. The majority of the songs were written by the disc's producers, Keith Lancaster and Gary Miller, with a gospel and contemporary Christian feel.

There doesn't seem to be a weak link in the group, from the solid basses up to the clear treble voices who have just the right amount of vibrato. The tone is focused, the vowels are uniform, and dynamics are used well. The leads, too, are strong and emotionally committed. Mandy Wilson's turn on Beautiful Lamb is especially soulful, and Laura Ellis has great control of her voice when she solos on How Could You Say No with a tone clearly influenced by the Nashville country style. Jeremy Stroop, too, delivers a couple of great pop-style solos on Medley and More. The guys in the group, in fact, are amazingly solid for a collegiate group. The all-male track, True Bread, is as strong as any track on the disc. Like I said, there's not a weak link in the group.

Some of the songs are amazingly repetitive, and that hurts the repeat listenability. Be Strong and Courageous, for example, bores this listener to tears, even though the energy is high. It cast a shadow on my first listen to the contemplative Beautiful Lamb. If this song had been placed later in the order, Awesome God, Beautiful Lamb, and Medley would have made for a much stronger introductory trio of tracks.

X-Changed's energy is contagious. They keep up the intensity on the slow songs, and sound joyous and excited throughout the upbeat tunes. I Stand Amazed shows how their energy works across tempos, from the slow beginning through the vibrant, rhythmic end. I can almost see these guys clapping along with themselves (they don't), and I can certainly hear them smiling. Good work!