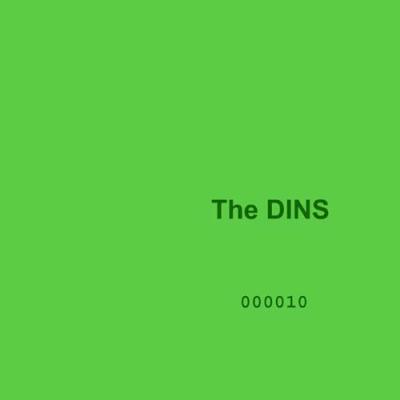 Collegiate groups continue to overwhelm the a cappella world with sub-par albums. They continue to sound like a function of their school, and not as a musical group giving the world their creative insides through song. I find The Harvard Din and Tonics falling into this category. This albums was a "has been" before it was ever recorded.

Negative comments aside for a second, here's the kicker: These guys are good, damn good.

I have never heard an average album come so close to being a "best-of-show" album in my life. If these guys would record a 12-track album with just a hint of the production capabilities available to them today, I'd almost guarantee that you'd see them on the top of everyone's a cappella "to buy" list.

The majority of tracks on this album are good, but sloppy. Tuning, blend, transitions, and rhythms are all seemingly hit or miss. The soloists aren't as consistently strong as they were on their previous release, Freshly Squeezed, but there are still some first class leads. Eric Hughes and John Shumway are phenomenal across the board. I just can't figure out if John graduated in '01 or '02 because of inconsistencies in the liner notes ... John? Buddy? Too much time with the appyhay ottlebay?

Aside from the songs, what I love the most about these guys is that they actually "get" the music. They know how to use dynamics as a function, not just as an afterthought. This is an obvious testament to the many efforts of their music director, as well as each man's individual musicianship.

These guys have all of the necessary skills in place. They have the ability and opportunity to record an album worthy of many awards and perfect reviews. Unfortunately, this isn't that album. It's going to be up to them now to make sure that their next release isn't just another average album like this one. Give the world the masterpiece that you're capable of producing.

When I last heard from the Dins in Freshly Squeezed, the group had decided to forego a professional recording studio in favor of Harvard's performance halls. This time around, the group does record in a studio — and with great results. The Green Album is the tenth release by The Harvard Din & Tonics.

While collegiate a cappella is dominated by technology-heavy production and thumping percussion, The Dins are a continuation of traditional East Coast a cappella: voices in their pure form singing oldies but goodies.

The Dins have let the studio enhance but not dominate them. The balance between group and soloist is great, and I enjoy the rich sound of most of the tracks. The best songs are clear and crisp in performance, although a few tracks had too much reverb (Smile, Summertime).

These are very talented men with great vocal ability and a smooth style. While there are a lot of repeat tracks from the last album to this one, I give major kudos to Eric Hughes, who contributed 8 of the 10 new Dins arrangements and turned in multiple solos. Joseph Keefe is another soloist star — With You was especially beautiful.

While I really enjoyed McDonald's Girl (from the Barenaked Ladies) and Sh'boom, those tracks lost some clarity because they were recorded live. One of the funny lines from McDonald's Girl: "I'd like an order of fries, a quarter pounder with cheese, I love that look in your eyes, will you go out with me please?".

There was one odd track choice, a Boyz II Men medley that was done quite well, but didn't fit with the flow of the album.

The Green Album is miles ahead of Freshly Squeezed. If you own the latter, buy the former and you won't be disappointed!

Focusing on jazz standards, The Green Album is standard fare from a run-of-the-mill old-school a cappella group.

The Great American Songbook is, of course, difficult music to sing, and it's to these guys' credit that they mostly pull it off. They've got a first-rate scatter in John Shumway. He is featured on multiple tracks, and on the closing Stompin' at the Savoy, Shumway, Wayne Fu, Joseph Keefe, and music director Eric Hughes accomplish one of the most difficult tasks in all of music: a four-part scat. The Dins rehearse long and hard, and it shows.

Speaking of Eric Hughes, he is one of the most brilliant arrangers I've heard in any collegiate group. The album is about roughly divided between new charts arranged by him and older pieces the group has been singing for years. Check out the nifty use of bell sounds in Ring-a-Ding-Ding, or the way the hook rises through the various voice parts later in that same song. He also wrote several hilarious new verses to Johnny Mercer's Glowworm. His arrangements stand head and shoulders above such pedestrian charts as Georgia on My Mind and I'm Beginning to See the Light. It's a shame he graduated.

Does that mean you should pick up this album? Unfortunately, no. First of all, while The Dins are clearly a dedicated group, their tuning needs serious work. It usually sounds good on ballads (though Smile is a disaster), but on uptempo songs, the chords seem to go by too quickly for the group to really nail them. This is most evident on Nice Work If You Can Get It; the whole track sounded off, and I couldn't tell if it was just really out of tune, or the arrangement made no harmonic sense. I'm being too harsh — their tuning is actually pretty good for a college a cappella group, but the music they sing demands perfection. Soloists are solid but interchangeable, none standing out in any way except for Shumway's consummate scatting.

As for the Dins' forays outside the jazz idiom...oy vey. The listener is treated to an insanely fast performance of the overdone McDonald's Girl, The King's Singers' obnoxious I'm a Train, a mostly inaudible live rendition of Sh'Boom, and a Boyz II Men medley so awful it must be heard to be believed. Maybe these are fun in concert, but they don't belong on CD unless The Dins can infuse them with some musical credibility.

The real problem with The Green Album, however, is that it's boring. The Dins and similar a cappella groups have been singing this same music for eons, and it's just old hat. And the charts are good, but they all sound pretty much alike, never an asset for an album that's 22 tracks long.

You know what I'd really like to hear out of the Dins? You say you're a jazz group — how about really dedicating yourselves to vocal jazz? The glee-clubby sound you employ doesn't work for jazz; listen to groups like Sixth Wave and Vox One, and ape their brassier blend. Take songs that aren't jazzy and jazz them up; take standards and make them your own. Eric Hughes shows a great flair for interesting, creative arrangements, and this disc has far more new charts than albums by this sort of group usually do, which suggests that The Dins are on the right track. But even he couldn't break out of the stylistic rut in which this group is caught. So, Dins, I beg you, try something new next time. Just, please, no more Boyz II Men.

For ordering information, visit their page at Collegiate-Acappella.