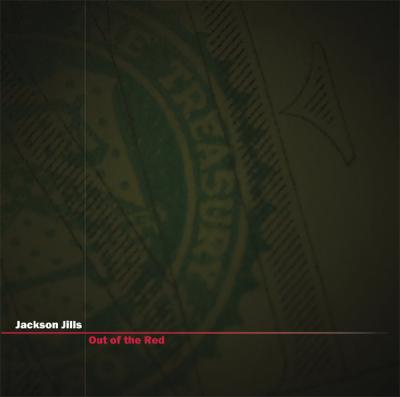 Comparing The Jackson Jills to collegiate all female a cappella groups would have yielded higher scores across the board for this talented group, now (amazingly) celebrating their 40th anniversary!

However, RARB guidelines mandate that we compare this young, energetic talent with everything out there: collegiate, professional, mixed, male, female — all of it. That can seem like a forced comparison of apples and oranges in a situation like this.

Out of the Red lacks the filled-out low frequencies of bass and VP that other groups regularly deliver, whether by voice or studio enhancements. The song choices and styles demand a more meaty sound than The Jills give us. The arrangements provide for kick drums and low alto parts, but they lay so low in the mix that they lose their power and effect. The result is a trebly CD of mostly gentle pop music.

In all fairness, I might have felt a little differently had the CD been mixed, arranged, and programmed with a natural unaffected sound in mind (as is the case, for example, with many barbershop recordings). But The Jills' tracks make liberal use of effects. If chorusing, flange, reverb and delay are appropriate, I'm not sure why an octaviser was either omitted or mixed so low as to be irrelevant.

The arrangements also lack contrast. The goal seems to have been to get everyone singing ASAP and to keep things that way. So though the chords are full, the arrangements rarely give the listener a chance to breathe and anticipate a fuller sounding chorus, or be drawn to an intimate delivery on a bridge or fill. Dynamically, the songs are very inactive. Many arrangements are also too rhythmically busy for my tastes. A little less singing would have provided a lot more musical interest.

All that said, I can't imagine any fan of the group, or even of female collegiate a cappella, not enjoying this quality recording. The voices all sound clear and the recording is pro enough to allow a fan to listen repeatedly, even if non-fans might choose not to.

The liner notes read "With classic Jills energy...we bring you Out of the Red." Indeed, if there's anything that can be said about the past work of the Tufts Jackson Jills, it is that these girls do not lack energy and enthusiasm. I wasn't always a fan of their penchant for odd syllables (particularly on unnecessary guitar solos) or the blend and tuning issues that sometimes ensued from their approach, but I always respected the commitment and excitement they brought to the fray. Numerous BOCA appearances and CARA mentions over the years seem to corroborate this view.

Out of the Red continues in the spirit of The Jills' tradition, although there seems to have been a few stumbles along the way. This album is…fine. Nice. Pleasant. But there's not a lot to make anyone outside the existing Jills fanbase bother with it. Songs like You're an Ocean and Canned Heat suffer from busy, boppy arrangements that border on frantic, while mid-tempo tracks Tonight and the Rest of My Life and Snow on the Sahara drag listlessly. It's not that The Jills can't produce good stuff; Celebrity Skin and I'm Outta Love don't quite capture the edge of the originals, but come reasonably close. And what is often a snoozeworthy track (Kissing You) becomes a lovely ballad thanks to a sensitive arrangement and lush solo by Jolie Chan. But ricocheting between the highs and lows, including a painfully unsoulful version of Fallin' and an awful take on an awful song (She Bangs), leaves the listener ultimately unsatisfied. The energy level seems to drop in particular on the slower tracks, which is a shame because it was always here where The Jills shined the most (see exhibits 1 and 2: Bethlehem and Leavin' On a Jet Plane from past albums). And even the faster songs lack the edge and near-ferocity with which past Jills have attacked their music. Solos are generally capable but unremarkable. Tuning is solid but not spot-on. And so on, and so on.

It's a great disappointment to see a group like The Jills, who have done so well at standing out from the throng in the past, put out an album that sounds from start to finish like so much of what's already out there. The Jills' past work made me discount the stereotype that women's groups can't kick ass. Here's hoping that their future albums will make me disregard it again.

The Jackson Jills, an all-women group from Tufts University, have completed an altogether too average album in Out of the Red. For this listener, the songs sound so similar they seem to run seamlessly into one another, and despite a repertoire that breaks convention for women's covers, the album is utterly predictable.

The percussion, banal background, and bass are the three biggest problems holding The Jills back from anything more than mediocrity. Allow me to comment on each briefly.

Female percussion need not be limited to out-of-tune kick drums (Tonight and the Rest of My Life, Question Everything, and more) and weak "ch-chicka-ch"s throughout an entire CD. Particularly in I'm Outta Love and Rearview Mirror, the major percussive element of each measure is a forced "dmmm" that only detracts my ear from the other vocal parts sung by the soloist and backup singers. Given the studio production values, I would have appreciated greater emphasis on the percussion as both a tempo moderator and a burst of excitement from the engineer.

As for the backgrounds, despite having seven different arrangers, the pieces here are achingly repetitive. Most pieces do not make use of varying dynamics and changing syllables to achieve a sense of rising action. Voice-manipulated "bows" and "wows" are used both in the opening guitar solo of the rock anthem You Give Love a Bad Name (Shot through the Heart) and in Question Everything, its opposite in emotion and tone, in addition to the "jows" in Rearview Mirror. There's also too great a gap in most songs between the lowest voices and those in the middle.

My great qualm comes from the confusion between bass and percussion. If the percussive beats in each measure have any kind of intonation at all, they become dissonant to actual chords meant to be sung. She Bangs would have benefited from the kick drum following an actual chord progression, changing the character of the piece considerably. Even with a simplified bass line, (a tonic-fifth-tonic change, for example), the song's tone would have dramatically improved. In this way, bass can double as a percussive element, as indeed it does in many forms of music.

Audibly and musically, there's nothing wrong with Out of the Red, but it's not something I would classify as pushing the envelope or breaking new ground for women's recorded a cappella. I had the pleasure of performing a show with The Jills in early 1999 and much admired their stage presence, talent, and energy. I only wish it could have translated better to this album.

Available online from Mainely A Cappella, or by mail by following directions on the Jackson Jills' web site.