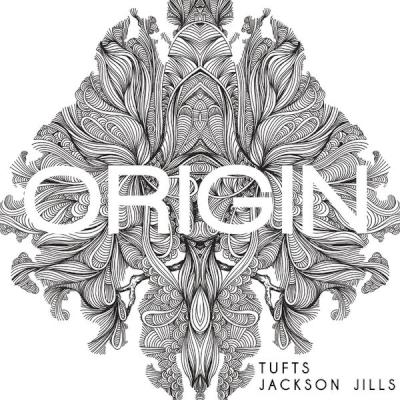 Sometimes a good album will be a simplistic one, which is exactly what's been delivered by the ladies of the Tufts Jackson Jills on their latest album, Origin. Spanning three classes of Jills from 2012 to 2015, the album won't win any awards for innovation or creativity. But what the Jills lack in terms of songs that will advance the artform, they more than make up for in solid musicianship and quality of singing. It's an album of "ahh"s rather than one of "wow"s. Nothing wrong with that, but nothing great about it, either.

The major thing that Origin has going for it is consistency. Even with the liner notes saying which tracks were recorded by which Jills, the seamlessness both stylistically and sonically makes it hard to discern. In fact, without this prior knowledge, there would be no indication otherwise. That is a major feat that speaks to the level of maintaining control over a group's sound through the years.

But unfortunately, it makes for a boring overall listening experience after 40 minutes. That boredom all rests on the shoulders of the arrangements. There is nothing here that is exciting to listen to or challenging for the performers. Lots of block chords, lots of group singing, lots of easy percussion, lots of emphasis on the downbeat, lots of similar dynamics and basic syllable usage give this album a very average feel. Honestly, it's a lot of rudimentary a cappella with some excellent singing on top of it.

That excellent singing is what makes judging the album so difficult. Except for the aberrant "chew/chu" and the forced A2/Bass sound on several of the tracks, it's hard to find fault with intonation, blend, or precision. It's all there. So they had a good recipe, but forgot to add any of the spices necessary to make it an exciting dish to be served.

The one time they did venture off the beaten path, they excelled and the listener is treated to some fine dining. Elastic Heart is by far the best track on the album. I'm still entranced by the repeating "I won't give up, I won't give up" used at critical moments of the song. The sequenced drums give an extra punch that's not apparent on any of the other tracks. And then there is Honeymoon Avenue. I love the jazzy and natural opening of the song. Completely hooked. I was not familiar with the Ariana Grande original, but am with her particular vocal eccentricities. Andrea Bresnahan carries them over here in her version of the song. Buzzfeed writer Reggie Ugwu explains it in his article "Rise of the Indie Pop Voice". Regarding the changes of word pronunciation by current singers, I first noticed it with the certain inclusion of "meh" in the late '90s. Here, the words "ahead of us" comes out like  "ahehdohwus". Even though it is a bit of a negative, I've listened to that track countless times because I became fascinated and obsessed with the lyrics.

The Tufts Jackson Jills have released a solid album, just not one that is very exciting or memorable. You should pick up the album if you like clean and easy singing. Otherwise, you may have to wait another three years to get past Origin.

Origin is the latest in a series of yearbook albums from the Jackson Jills, full of songs from 2012-2015 incarnations of the group. While this continues to show how strong the Jills are musically from year to year, this album strategy is still not producing the exciting recorded work that I think is within reach for this group. Origin is another solid "line-drive", as Leigh Holmes Foster said in her review of the group's last album, Moonlighting. But the stale song selection makes me continue to wonder where the Jackson Jills are going long-term.

This becomes incredibly frustrating when listening to the individual tracks on the album. The more interesting song choices (Don't Wait by Mapei, Find My Way by the Gabe Dixon Band) stand out because they are different, but also because the arrangements are great (credit to Cat Abbot, who seems to show up in many of the more interesting spots on the album). There is so much talent in the ranks of the group, with many of the soloists knocking songs absolutely out of the park. But if it's a song no one wants to listen to for the 10,000th time (hello, Royals and Pompeii), what's the point? And in the instance of Elastic Heart, the arrangement is outstandingly lush and layered — I want to swim in it — but the weak solo suffers from being absolutely upstaged by the fantastically complicated background. The Jills do better with the slightly more upbeat R&B tracks, such as Honeymoon Avenue and What Goes Around - both of these tracks have driving beats, and they groove in a way that makes me think this genre is their wheelhouse.

So I renew my request from Moonlighting - I really want to see the Jills focus their efforts on making a more unified musical statement. The potential is there, because it exists in the brilliant spots of this album. I truly have confidence that this group, with its strong legacy and great resources, has the potential to create a great album.

With Origin, the ladies of the Jackson Jills present another multi-year album. Recorded by three generations of Jills, the tracks tend to stick to a sampling of hits from those respective years, and offer pretty standard fare.

It's worth mentioning that all the tracks on the album were recorded before the reviews for Moonlighting were published, so instead of harping on our previous comments (which couldn't have been incorporated in this album), I'd like to build on them and offer even more specific suggestions for future waves of the Jackson Jills.

In particular, I have a specific challenge for the group on future recordings: aim for an entire album free of "d" background syllables. No "da-da-da"s, "dum"s, "den"s, "doh"s, "doo"s, or otherwise. Consistency can be a nice trait for an album, but the Jackson Jills suffer here from both the lack of variety as well as a collection of syllables that ultimately prevent their background singers from filling any sort of emotional space.

Unsurprisingly, the tracks that resonate with me as a listener are ones where the backs have more expressive power. These are generally the ones that avoid the previously mentioned "d" options, like Don't Wait, and Elastic Heart (although listeners will note that the two songs open with a "den" and "doh" section, respectively).

I also encourage the group to work on discovering its own sound and style, and aiming to capture that in each track. All of the songs on Origin are pretty straight lifts of the original recordings, and while there's nothing egregiously wrong with any of them, it doesn't give listeners any feel for who the Jackson Jills are, or what they want to communicate with the album. The technical strengths of both Moonlighting and Origin lead me to believe that the group is capable of much more, and I would love to see the upcoming generations of the group make that an intentional focus for their future projects.