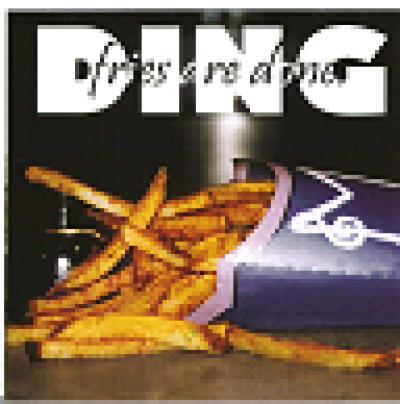 Melica's arranging style and overall sound are flaccid as a soggy french fry. The group favors fluid curves rather than hard lines, and its arrangements lack backbone. The rhythms of would-be rockers like Hit Me With Your Best Shot dovetail smoothly instead of generating any impact or energy. The group strings together syllable phrases like, "hit me with, bah nah nah nah nah nah nah nah" instead of creating something more jagged and rockish. Melica's syllables are either tried & tiresome or repetitions of melody lyrics. The album's arrangements generally do not build well, sometimes climaxing prematurely rather than sustaining the listener through the end of the song. Halfway through most tunes, having heard all there was to hear, I was ready for the next track.

Bland arranging aside, the background singing is quite good. The ladies tune their chords and blend their tone very well. The group tone is creamy, sounding heavily verbed and compressed. Unfortunately, all the emphasis on smoothness drains any assertive singing out of the album. Listeners are left with a polished, musically correct sound but zero intensity. Fast Car provides the best example, with well-rounded and well-balanced chords that repeat over and over and over. This plodding, minorly-keyed interpretation is like a dirge or chant.

Most of us can forgive a boring arrangement if the soloist grabs our attention. The bad news is that most soloists on Ding! Fries Are Done! won't impress. Many soloists on the album suffer from that dynamic duo of weak breath support and chronically flat pitch. From the opening track, the soloists sink progressively more flat until Material Girl. Let It Be is the sole exception to the rule, with a soloist that energetically cranks out some well-sung R&B turns. The soloists on She's So High and There She Goes are woefully under-supported, sounding nasal and high schoolishly headvoiced. The soloist on Fast Car sounds like she's barely awake, while the soloist for Just a Girl projects at a shouted, almost pitchless, volume from the song's beginning to end.

Entrances and cutoffs are clean, though the group often drags out of sync with the vocal percussion. The vocal percussion is pretty darn good and is definitely the best I've heard on an all female album. Like the background singing, however, it's too safe. The percussion is mixed quietly and with almost no equalization. The result is impressively clean vocal percussion that gets buried and therefore has almost no ability to energize a song.

After puzzling over the greasy, stringy french fries in the center of Melica's album cover and briefly perusing the grey-text-on-black minimalism of the album's liner notes of Melica's Ding! Fries are Done, one could reasonably expect to hear an unconventional girls' collegiate a cappella album. Perhaps more raw, more...artsy or self-effacing? More...dirty? The artwork is anything but pretty - perhaps the singing inside might be uncharacteristically non-girly as well?

Unfortunately, while "Ding! Fries are Done" ranks solidly among the top half of female collegiate a cappella discs, it also solidly ranks among the most typical. It's an album one can listen to once and forget completely about having heard. On the scale of the rest of recorded a cappella, the performances only occasionally push the upper limit of mediocrity. There are a few good soloists, and a couple of peppy numbers, but most tracks never get off the ground due to dull, repetitive arrangements which fail to enliven and create moments where one is reminded why a cappella music is not only fun to do but also worthwhile to listen to on disc.

Kudos to the producers of the disc. The engineers did a fine job of providing a close, thick set of group backing voices, stable percussion, and never-too-loud-nor-too-soft leads in the mix. Tuning was good and clearly the tech helped a bit in that department (which is fine). Regarding blend, it was apparent that the arrangements didn't seem to provide a clear showcase what these ladies are capable on that front.

The disc is suitable for the group's friends and family, but it is does not earn a strong recommendation for the discerning a cappella listener.

Sorry, girls. The fries aren't quite done yet.

Listeners, think of this album as female barbershop with added percussion. From the opening Hit Me With Your Best Shot and all the way through to There She Goes, these songs are nearly all cheerfully arranged with parallel chords (oh, how my Music Theory 101 teacher would cringe!) in the background that resolve into the tonic. Fame is the exception, with a transcription of the popular UNC Loreleis' arrangement that definitely features some off-kilter chords. There is also a real overuse of lyrics as background syllables on the album.

Many of the tracks appearing here would fare better without any vocal percussion. For example, the kick drum added on the refrain before the chorus in She's So High (on the lyrics "Somehow I can't believe" and "I know where I belong") draws unnecessary attention to tempo. Only Just a Girl has a layered background, albeit not too complex, that provides some texture against the soloist.

The soloists range from weak (Just a Girl, She's So High) to average (Material Girl, Fast Car). Interestingly, the soloist on I'd Do Anything, Mia Smith, offers an all-too-average performance on that track, yet shines on the drably arranged, nearly metronomic Let It Be, which would be a complete bore without her sweet solo. Speaking of soloists, the artistic license that Bridget Albin takes on Material Girl is too far-fetched. The beauty of Madonna's syncopation against the beat in the verses is that it creates a kind of mechanical feel that audibly depicts how the material world has captured her. Here, Bridget slows down each verse to a more lyrical and legato interpretation, which doesn't work for me. Most of the songs originally performed by male artists aren't carried off well, including There She Goes, with a too-sweet solo by Karli Eddinger.

I don't know much about studio recording, but all of these tracks sound as though they were produced against a click track in the girls' ears, or else produced using a repeated track in the mixing room. Fast Car is especially conscious of its own tempo, and is so practically perfect and altogether repetitive that I'm bored to tears.

I was tempted to give Melica a higher score than they deserve because there's nothing quite audibly wrong with the album, but as a whole it's too fake for me. The percussive tracks are rather invasive in their rigidity, and the arrangements are not creative. Next time, I'd encourage the group to be less concerned with production perfection and really let their natural talent shine through. It seems as though Melica hasn't quite found their vocal niche, and is working with songs in the normal college a cappella repertoire instead of exploring different genres that work with their arranging and performance styles. Right now, "Ding! Fries Are Done!" deserves a "dong" to go with it.