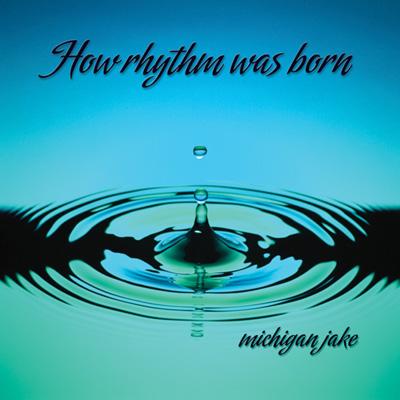 The men of Michigan Jake formed their group in Kentucky. The group's name comes from the Warner Brothers cartoon.

That's about the only confusing aspect of their new album, How Rhythm Was Born, and I think you'll agree it's a pretty minor point.

If you're a barbershop lover, you owe it to yourself to buy this album. It's borderline flawless. If you're not a barbershop aficionado — and count me amongst your ranks if you're not — you owe it to the a cappella world to buy this album, not just because it won two very well-deserved 2005 CARA's including Best Barbershop Album, but because it very well might change your mind about the perceived limitations, sameness and overall lack of creativity in barbershop singing.

Look, four guys singing in as tight and technical a style as barbershop DO in fact have certain constraints placed upon them, lest they risk stepping too far outside the bounds of their chosen musical style. But first off, the men of Michigan Jake sing and blend so wonderfully and so effortlessly, sounding so much like they're just having a blast and enjoying each other's company, that you can't help but get swept up in the good feelings and positive energy that they radiate (Lord, I sound like a self-help commercial).

Gone is overdone, over powering, constant fortissimo, slathered-on cheesiness that, at least in my experience, typifies the good, but not great, barbershop ensembles. Abandoned, or at least expanded, is the rigid adherence to the formality and staid sound that I suspect is the source of many folks' disinterest in barbershop. As a Broadway lover, a Sondheim geek, and someone who once conducted "West Side Story", I dreaded the opening track, Something's Comin', and I couldn't have been more pleased. The tight harmonies and ringing tone were there, but so was a willingness to spice up barbershop with a dash of vocal jazz and a touch of Broadway. For those who make it through the album and are still naysayers, check out the final track. I defy you to tell me that these guys couldn't sing anything to which they set their voices (though the King's Singers did the same gag better with Masterpiece, but that's pretty heady company to be in).

Sure, there are plenty of classics. Half the tracks are splendid if relatively straightforward and typical of the style — but the desire to experiment a bit and push the envelope just a smidge bodes well for the future of barbershop in the a cappella community. Not that I was worried about barbershop's viability — it was around before so-called modern a cappella and perhaps will survive long after we're all gone — but hopefully other groups (it will have to be "other" ones, since these four gents retired last year) will seize on the potential to make barbershop, dare I say it, cool.

Not your average barbershop.

There's a reason this highly acclaimed favorite out of Louisville won the 2001 International Barbershop Quartet Championship. Even for this listener, who's mentioned in previous reviews that her musical tastes incline toward pop and classic rock, How Rhythm Was Born is a perky, refreshing change from other four-part harmony singing I've heard.

It may be because the album opens with one of my favorite songs from musical theater with some sassy jazz chords and a cool slide near the end in which the voice parts cross one another within the chord. Or because not one of the tracks reminds me of Lida Rose (although member Mark Hale did sing in "The Music Man" quartet in high school, according to the group's website). The recording is clean, with no audible breath sounds, and even though the blend is tremendous, I can still pick out each voice part, which I actually like to hear. Cutoffs are clean and enunciation is crystal clear. Hey Good Lookin' is a fun, swinging arrangement featuring each singing on leads at different points. I had a moment of personal revelation when Look Me Up When You're In Dixie reminded me that I really have moved to the heartland of America: "I don't know where I'll be, but you can look for me in Carolina, Georgia, or in Tennessee." Indeed, I can almost picture Michigan Jake performing in striped vests and straw hats on the mainstage of the commons in the quaint North Carolina town to which I have recently moved.

There are some corny points, however. I'm not usually a fan when background vocals repeat or echo the melody. When there's only four vocal parts, it grows to the point of irritating, but this happens rather infrequently. Additionally, my brain tunes out during the slow pieces when all four men sing together; I'm more used to contemporary a cappella. This is inherent to the genre, though, and I shouldn't fault Michigan Jake for not singing to my particular likes. The only musical issue I found on the entire disc is in Tangerine when the lead vocalist holds out the word "face" and his voice cracks ever slightly, flattening the note. This is more than made up for in Once In A Lifetime, where the lead solidly holds a note for a ridiculously long 23 seconds.

Even for the inexperienced, Michigan Jake offers a charming, delightful album in How Rhythm Was Born, evocative of every barbershop stereotype (in a good way). This CARA-winning album (for Best Barbershop Album and Best Barbershop Song) is a pleasant and appropriate welcome for me to the heartland of America and its signature music.

Barbershop is a strange beast. Even though it stems from a way to keep popular music accessible, both to the African-American communities in which the style originated and later to the rest of America (and the world), barbershop seems to have stagnated since the '50s. Michigan Jake even alludes to this fact in the final song of their new album, How Rhythm Was Born.

The album embraces this oddity, though, to a great extent. The group follows the rules of barbershop almost to a tee, and excels every step of the way. Only one of the songs on the album was written after 1960 (in 1961). Only a couple break out of the homophony so common in barbershop. None of the songs ends on something other than a long, held-out chord. But these chords (like every other note on the album) are perfectly in tune, perfectly blended; just perfectly sung. These guys are good at barbershop, and they're not afraid to show it.

The problem with this is that we can't tell if they're good at anything else; they just don't give it a chance. Their opening track, Something's Coming, from "West Side Story", is as far from mainstream barbershop as they get. This brilliant arrangement avoids steady homophony and takes the guys on a whirlwind of styles and textures. That they open so powerfully might be their biggest downfall, though: it's really tough not to compare the rest of the songs to the energy, exuberance, and virtuosity they exhibit in their opening track. They set the bar too high for themselves, because after that, every song seems flat and emotionless.