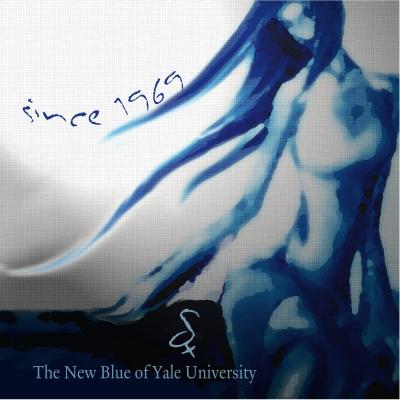 With 23 tracks, Since 1969 from the all-female New Blue of Yale University certainly provides you with enough material for your money. Sadly, unless you're an alumna of the group, a friend or family of an alumna or group members, or just a really big fan of theirs, you're still likely to feel shortchanged.

Celebrating their "coral" anniversary — that's 35 for those keeping score at home — this CD is essentially a trip down memory lane revisiting highlights of the group's repertoire of at least the last 20-25 years. Unfortunately, with one or two exceptions, the lasting impression made is that even all these years later, the group's arrangements have never evolved much beyond the simplicity that was more typical of collegiate a cappella arranging 20 years ago — back when doing a pop song a cappella was in itself novel enough to sustain listener interest.

While I love a nice deconstructive arrangement now and again, I think it's safe to say that today's a cappella demands a certain level of sophistication that simply cannot be found anywhere on this album. Almost exclusively of the "ooh"/"ah"/"bum" variety and entirely devoid of vocal percussion, the arrangements fall into one of two categories: 1) unison rhythms with perhaps a slightly divergent bass line to anchor — these are more successful (with Why being the best of these) since the girls do sing nicely as an ensemble though there are a far amount of tuning issues throughout, as well as voicings that are suspect (high sopranos and low altos at the extreme ends of their ranges with no one left in the middle) and even some chord choices that left me scratching my head (verses of Ya Gotta Be most notably); or 2) arrangements made up primarily of "filler" parts, be they counterpoint rhythms, echos or the like with little consideration given toward creating a harmonic foundation at the center upon which the lead vocal can be layered (Shadowboxer was particularly troublesome but there are other examples as well).

It's not just the arrangements, though, that do in these ladies. As a group, their most appealing asset is their "sweetness' of sound — a tone that feels very straightforward, pure and wholesome. That should work in their favor for a song like Fire & Rain (and it does to a point, though these ladies seem almost too formal even for James Taylor) but the pronounced lack of any edge or grit to their voices undermine them even before they ever start singing tracks like Natural Woman, Ya Gotta Be, These Boots are Made for Walkin' and others This issue hits him even more when listening to the soloists — especially the altos — who show some attitude and groove to their voices that inexplicably disappears when they're part of the ensemble. Would that they could take the energy that comes through in their solos and find a way for it to wash over the whole group.

Last but not least, these ladies need a real studio and a real producer. Maybe there's a bit of reverb on the mics but short of that, it sounds like someone threw a switch and left the room. The basic sound quality is OK, but there's plenty of ambient noise to be heard, especially at the beginning of tracks, and the overall mix doesn't pay any attention to bringing out the parts that need help.

All in all, a lovely memento for those associated with the group who can "remember when". But for the rest of you, you won't be missing much.

I don’t get it. If I play Since 1969 backward, do I hear “Paul is dead”? Is the album used as a torture device for prisoners against the state? Maybe it was meant to be played on a record player and that makes up for the inept tempo upkeep. With arrangements that don’t even feature the melody in the chorus (Black Water, Schoolhouse Rock Medley), soloists who are so whiny that actually made my dog howl like I’ve never heard him before (Shadowboxer, Killing Me Softly), and a track list that’s so ridiculously long I actually felt like I was being held against my will, the recording is pretty much awful.

To get it out of the way, the one thing that The New Blue does have going for them is that their arrangement and recording style lends itself to hiding flaws in the backup vocals. Using block chords and a whole lot of oohs and aahs, voices blend a little better as they are distanced from the mike. Still, when an entire section is flat or sharp (These Boots are Made for Walkin’), no amount of distance is too far from the mike.

But to be fair to our readers, I will say in sum that I have never come across a worse album in my three-plus years of reviewing. There is truly not one redeeming track in the entire 23-song collection. Since 1969 has more simplistic arrangements, uncontrollable soloists, and pitch issues than more than half of the high school albums I’ve received. I feel myself reaching for the stop button on the CD player and tossing the disc out the window before even half of it is finished playing (although that doesn’t seem like the most creative way to destroy the disc forever). If I could have given it a zero on the repeat listenability scale, I would have. But if my dog chases after it like a Frisbee, Since 1969 will at least have been useful for something.

You've no doubt heard the expression "greater than the sum of its parts." Well, if Since 1969 is any indication, The New Blue of Yale University is the complete opposite. Twenty female college students with great individual singing talent somehow came together to create a boring, uninspired and poor sounding a cappella album.

There is no question that these girls have good voices, as not a single soloist ranks below average. Anchoring the top of the spectrum is Lauren Koehler, who is mesmerizing on Fields of Gold, and Bianca Gersten, who exudes raw emotion on Can't Stop Thinking About You.

So how can so much talent go so wrong? In this case it all comes down to two aspects: the arrangements and the follow through. The arrangements don't take advantage of the girls' singing talents and don't show them off. The background is too busy on some songs, not busy enough on others, and is sparse or nonexistent on the rest. They are slow and boring, and the girls sound bored singing them. It actually sounds at some points as if the girls were forced to make this album against their will. It is never more apparent than the countdown in the middle of the opening track, Black Water, when a member of the group says "two, three, four" signaling the switch to the breakdown. She sounds unmotivated and half asleep. More evidence can be found on I Want You Back. I've never heard such a slow and uninspired version of the Jackson 5 tune before, and I've heard a lot of them. There is just no energy from the background or the soloist. Come on, this is the Jackson 5! Where is the fun? The energy? The mockery?

Pointing this out serves another purpose: to show how The New Blue hasn't grown or changed in its 35 years of existence. Half of the 23 songs (which are more than anyone should have to sit through) were arranged by members who graduated prior to the turn of the century, yet they all sound as if they were arranged a long time ago. Without looking at the song information, it is near impossible to tell which songs were arranged in the ‘80s and which were arranged by current group members. I imagine The New Blue sounds the same now as they did when they started in 1969.

There is hope for a brighter future, however. Despite the poor arrangement, Fields of Gold is a very enjoyable track (they should have let this song sit nicely on held "ooo" and "ahh" chords instead of "bop, bah, dah, bah," but at this point, I'll take what I can get). The voices and chords in the background sound really good, and the aforementioned Koehler does a great job on the lead. The New Blue should stick to these kinds of songs: pretty, slow ballads with strong leads and simple backgrounds that aim to show off the girls' vocals. An entire album of Fields of Gold clones would have made a great romantic and relaxing album, perfect for a cold winter night, sitting in front of a fire sipping hot chocolate with that special someone. (Further examples of this can be found on Why and Can't Stop Thinking About You.)

Unfortunately, these few highlights can't save Since 1969. The New Blue must figure out how to arrange to its strengths and better utilize those talented voices if they want to improve.