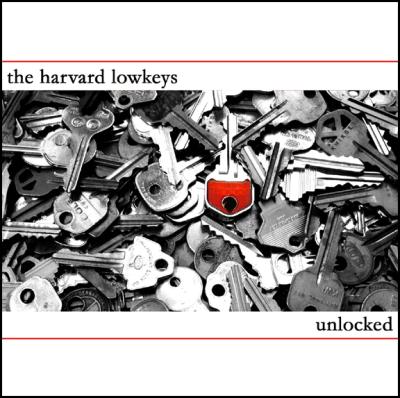 Clean-cut college a cappella lives on at Harvard, where the LowKeys have produced a sweet, if unthrilling, collection of pleasant tunes. This is a Nice Recording, full of doos and bahs and ahs, backed by snappy — if basic — vocal percussion.

Tuning on this disc ranges from decent to great, which I suspect may mesh with production values. Some of the songs have a little more studio about them, like the great-sounding Lovefool. Others have a little less, like the ho-hum Here With Me. There, the blend sounds blurrier, burying the LowKeys in the sea of decent but unmemorable Dido covers.

All of the solos are pleasant and cute. None of 'em really grab me. The most successful are the really girly ones, that are supposed to sound pleasant and cute, so I guess that figures. Ditto for the arrangements, which all have a poppy '80s feel for them — like we were all trying to sing 10 years ago, except with more rehearsal time and better production expertise.

Still, you gotta commend the LowKeys for keeping it simple. They did a nice job and probably had a nice time, and anyone who ends up with this disc will have a nice listen.

With Unlocked, the LowKeys deliver a nice pop sampling from the last ten years or so. They know the strengths of their leads, and, though none blew me away, most were quite nicely suited to their appointed tasks. While I enjoyed producers John Westin and Andrew Lefkowits' programming and clean effects choices, I was frustrated by the disparity between how present and forward some leads were as compared with others on the same CD. The lead in Strong Enough is almost too much in the listener's face while the lead in Lovefool disappears into the background. It's quite possible that some listeners wouldn't even notice or care but I found it very frustrating to be forcibly refocused towards the backgrounds. As the overall quality of a cappella continues to increase, it's issues like these that keep scores a little lower than they might have been just a few short years ago.

Like many groups, the LowKeys have opted for perfect tuning even when it creates the occasional artificial sound. I think that's the right choice when the alternative is poor intonation. The best result is natural sounding perfection, but that's a tall order. The same approach goes for VP. Just how perfect is perfect and when does it become artificial? Tough calls, especially when many of the original artists use drum machines themselves. Here again, the LowKeys and VP Ben Niles have made some good decisions. Ben drives the songs with strong tone colors and creative fills, making particularly good use of vocal toms on several tracks, Here With Me being a standout.

I occasionally found the arrangements to be a little too busy for my tastes, but reasonable persons could definitely differ on this call. Thankfully, the VP acts as a unifying element, pulling together a busy arrangement. When the lead is mixed prominently enough, the background intricacy lives in a subtler space where the listener can choose to get involved, but isn't overwhelmed by the activity. It's a delicate balance requiring arranger, producer, soloist and VP to all be on the same page.

Fans should adore this CD. It's got good energy and shows off the leads, VP and ensemble in the best possible light. It's not a breakthrough release for a cappella enthusiasts generally, but so what? The LowKeys proudly hold their own with a solid release.

The co-ed group Harvard LowKeys has unlocked the closet of mediocrity that most new groups present in their first slate of recordings. Solid, polished, passionate yet unassuming. Unlocked may not be the album of haute couture that redifines the collegiate a cappella runway, but it is a nice ready-to-wear line from these neophyte designers.

Looking at the track listing, you can see that the group isn't out to surge in a new direction. They merely want to put out a good album of songs that people will enjoy listening to. And with this album, they've succeeded. The production is top-notch, even when the innovation is very average. You enjoy listening to what their singing. And isn't that the basis of a good recording?

For the most part the soloists are extremely pleasant to listen to, Joseph Fishman's nasal attack on Otherside being the only deviance from the lush and mellow tonal colors of the other soloists. Where Fishman does excel is with his jaunty arrangements. Penning five of the ten arrangements on the album, he is equally adept in range from the sweeping balladry of I'll Be to the driving force behind Fast as You Can.

The liner notes don't credit the original artist (and yes, that's code for what we really mean). Tsk. Tsk. Other than that, this young group is poised to make beautiful music in the future.