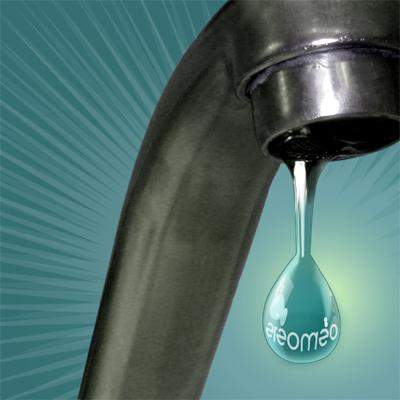 Reverse Osmosis reminds us of a key truth in its excellent new album: a cappella sounds best when it occasionally dares to go really a cappella. This new album rediscovers the joy of unaccompanied moments. It also brings a cast of great soloists, interesting arrangements and groovycool textures. All in all, it's an experience to enjoy and an example to remember.

Rumbling guitar lines and crashing vocal percussion have their place on this disc, adding depth and energy to rockers like Separate Ways (Worlds Apart) and Sweetness. But the best part is when that background noise falls away. The group harmony chorus is such a powerful tool! Somehow, it's fallen out of fashion, after winning most of us over to the power of voices in the first place. Reverse Osmosis engineers this excitement back in on songs like Climb On, Proud Mary and Sugar, We're Going Down, while giving us other breathers like the opening verse of Someone To Fall Back On.

Tuning isn't everything that it could be on this album, but the blend mostly works. The men sing low and the women can sing high, which really gives the backgrounds a lift. It's amazing what some range can add to any arrangement, especially interpretations like these that rely on sonic variety. The cascade in the middle of One Angry Dwarf gets more fun with each listen, a literal centerpiece for what could have been a pretty uninteresting song.

All the soloists are convincing, another great help. Ryan Kawika Chun is my favorite, for his beautiful baritone take on Someone To Fall Back On. Baraka May storms through Proud Mary, Marisa Esposito helps us enjoy the repetition of Sugar, We're Going Down, and Jackson Lanzing gets three cheers for a dead-on Meatloaf power tenor. Just goes to show you — good singers plus good arrangements of good songs adds up to a really good album.

Taking a wide-angle view of their latest CD, it's fair to say that Reverse Osmosis features energetic ensemble singing of wide-ranging repertoire, with a definite preference for heavy processing of the lower voices, a penchant for vocal effects overall, and stronger-than-average soloists.

But narrowing the focus a bit, there are some real issues to discuss, some positive and some less so:

Do you absolutely need to own this album? Probably not. Most of the material has been done better elsewhere. Would you still enjoy this album? I think so.

Something very intriguing and engaging occurs when listening to a Reverse Osmosis recording. You are drawn in by their exuberance and joie de vivre. Even if the song isn't any good (as several on their latest self-titled disc are not), the listener will get caught up in the excitement of it all. As a group, these boys and girls from the University of Southern California are unmistakably charismatic — the passion for what they are doing is evident.

Yet, unfortunately, that passion does little to hide the fact that most of the tracks are more than a little boring, dull and bland, which is very puzzling to this reviewer. I fell in love with the quirkiness of this group when I first heard them. All of the intricacies and coolness seem to have been beaten out of them. Parts don't line up, arrangements and voicing seem hollow and ill-conceived, blend suffers. They still have an excellent percussionist in Joey Payo and a few strong soloists, but otherwise, the group has retrograded. And I was really ready for them to progress to the next level.

In the past, the arrangements were stellar or at least artistic achievements. On Reverse Osmosis, they are pedestrian at best, and plebeian since I'm feeling a bit generous. Standard block chords on ah, doom, bah, doo lead into occasional doh and digga arpeggios. Where are the brilliant tracks like of Ugly Girl, Table for Glasses, I Can't Make You Love Me and I Believe She's Lying from Fifty Million Reverse Osmosis Fans Can't Be Wrong?

Two of the better attempts seem to come from Jon Byron's back catalog. One Angry Dwarf and 200 Solemn Faces achieves a jazzy snap during the bridge which breathes some life into the album. And his Climb On (A Back That's Strong) is technically interesting considering the rest of the album. It still sucks as a Shawn Colvin cover.

The District Sleeps Tonight is the exception from an arrangement standpoint. Multi-textured and focused, The Postal Service cover has been served well by these kids. All three aspects — the arrangement by Carl Petrillo, percussion by Jackson Lanzing, and Payo proving that he has some vocal chops as well — make for the best song on the album. But, unless you are a die-hard fan, you wouldn't have made it to the last track to hear it in the first place.

My two favorite tracks have excellent soloists in Ryan Kawika Chun and Petrillo. Chun's turn on Someone To Fall Back On is mesmerizing. Being a fan of Jason Robert Brown's, hearing his music covered by an a cappella group is a true treat. And Petrillo brings the sexyback with the Journey cover of Separate Ways.

Hmmm, maybe this is a good piece of advice. Unless you are Madonna, Janet, The Beatles or Bon Jovi, if you can't think of anything better than to self-title an album, consider holding off until there is better material available for you to sing. 'Tis a bit bland, which is what this Reverse Osmosis album is.