Welcome To The Paradise Lounge (2010) 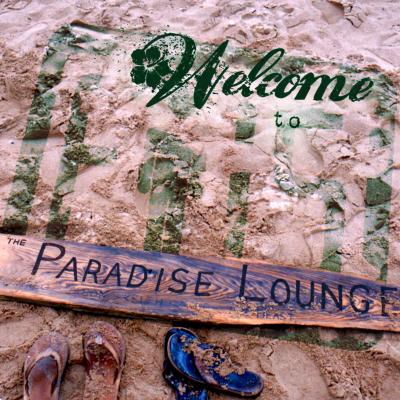 To say that The Freshman Fifteen from Northwestern University have come a long way since 2008's The Green Album might be a bit of an overstatement, but the eighteen gentlemen featured on 2010's Welcome To The Paradise Lounge have definitely come, well, a way.

What was drastically overused and overpowering vp and processed bass is far more tastefully applied this time around, with both elements generally sounding far more "human" (for lack of a better word). Yes, there are a few flashbacks to arrangements of old — Just the Girl and Falling for the First Time are good examples — where the bass and/or vp do much too much of the heavy lifting against a rather limp, often unison background of block chords and word echoes/harmonies. But more often than not, the rhythm section is much more deftly integrated — syllabically, harmonically, dynamically, technologically — into the mix than what's been heard from this group before.

When that bass/vp work is then folded into an arrangement with solid solos and multiple additional moving parts that manage to stay inventive and engaging all the way through, the results — as you may be able to tell from the scores — are terrific tracks like By the Time and Home. Both songs are inherently repetitive and perhaps even a bit monotonous, so they present an even greater challenge. By the Time solves this with a slow build that adds layer upon layer upon layer into an atmospheric, almost ethereal feel. It draws the listener in and holds his attention until those layers are stripped away at the end. Home — a song that for me has already has its definitive rendition by Transit against which most versions suffer by comparison — finds its solution in new and unexpected treatments of each section of the song, including some nifty mouth/cheek-popping, a vp "breakdown" section and some energetic wailing towards the end by the soloist which despite being a bit over the top is still inescapably fun.

It must be noted, however, that this level of creative excellence isn't quite sustained throughout the rest of the album. Sure, there's plenty that is enjoyable here and nothing that could be called poor or bad, but there is a sizable amount of material that is just plain, garden variety "good". The singing and blend is generally first rate, and the production work is top notch, but once again the arrangements just aren't all that sophisticated in many instances. But whereas on The Green Album, the individual parts often proved detrimental to the arrangement as a whole, on Welcome To The Paradise Lounge, the whole is greater than the sum of its parts.

As a side note, the group has curiously (and humorously) chosen to include in the liner notes not the solo lead lyrics, but the background syllables and lyrics. For me this may not have been the best choice as the fact that one can actually follow along very closely and accurately with the background block just drew attention to how little is often going on in the arrangement to begin with.!

If history is any indication, we should be seeing another new CD from the Freshman Fifteen in about two years time and based on the progress they've made since 2008, I'm very much looking forward to it. In the meantime, I can't recommend this CD as a must-own, but if you're someone who likes to keep tabs on the up-and-comers, FF could well be a group to keep your ear on.

Northwestern's Freshman Fifteen seem to fall into the classic role of the goofy guys group and that's the personality that comes across on Welcome To The Paradise Lounge. This starts with the liner notes, which credit each member by nicknames like "T-Bagg" and "Slutkin B." and list the "lyrics" for each song as the generally nonsense lines sung by the backs — "Dim (x16) nee oh eh doh no oh way oh. Shoo you knew ne oh weh doh oh way oh JOH WAH NAH (x2) Ah." This also exposes of some of the jokes going by in the background, such as in Falling for the First Time, where the basses go off on an extended riff about Star Wars, Deal or No Deal, and Flight of the Conchords.

The trouble is that comedy is sometimes at odds with quality. The Alma Mater at the end of the album concludes with one member going off-script on a jazzy scat solo followed by the whole group cracking up, and it turns the track into a lame joke. The same tendency leads to humorous background syllables that force themselves to the front, whether it's "nipples" in Falling for the First Time or the unison "She is a hot babe" in Just the Girl. One gets the feeling that these parts are fun to sing, and probably accompanied by amusing bits in concert, but on CD they often become distracting to listeners. Even when not shooting for comedy, many of the more ambitious arrangements tend to feel overstuffed. For instance, Dancing Machine skillfully weaves in elements of Ladies' Night, but the song then takes a sharp left turn into Play That Funky Music, which feels like a totally different track.

The strongest moments on the album are in the songs that leave comedy and gimmicks at home. A Change Is Gonna Come, featuring a nice solo by Tim Cooper, is a fairly simple jazzy R&B arrangement, but well performed. Mary Poppins' Birds, if occasionally seeming to strain for the high notes, has a fun energy and groove. I Try brings out the inherent jazziness of the song, led by Alberto Roldan, who turns in a solid interpretation that wisely doesn't even try to imitate Macy Gray. But on the whole, there's nothing particularly groundbreaking here — "nice" and "solid" is about as good as this album gets, and even the best elements don't evoke a strong emotional reaction.

The Freshman Fifteen clearly had fun putting this album together, and I have no doubt that their shows are a rollicking good time. According to the note included with my review copy, their "aim is just to have fun and make audiences do the same!" But while there's something to be said for not taking themselves too seriously, I hope for more focus in the next album. Harnessing their goofy energy into more cohesive arrangements would help these guys prove that quality and fun don't have to be at odds.

Freshman Fifteen is a very charming all-male a cappella group from Northwestern University. Not too goofy, but also not excessively serious, they come across as being a fun-loving group with excellent musical sense. Their latest release, Welcome to the Paradise Lounge, showcases their charisma and talent. It's a polished, solid album.

The album is filled with wonderful moments: the joyful choral backing of A Change Is Gonna Come, the moving ballads Awake and By The Time, the moody and inventive intro to Sweet Dreams. The vocal percussion, overall, is quite strong. Musically, there's very little to take issue with, as Freshman Fifteen has an excellent sense of intonation and blend. Soloists are talented and are presented in a professional and clear fashion.

If there is a problem with the soloists, it's that they never get dirty. I Try, originally by Macy Gray, features a sanitized solo that doesn't approach the grit of the original. The raucous Home is an improvement for sure, but it still could use even more soul. Some of these songs require an emotional commitment from the soloists, who are already at a disadvantage by being recorded, and the soloists on the album do not rise above and beyond. Like I said earlier, the soloists are clearly talented vocalists, but a little more power may be needed in the solos to really elevate them to the next level. (Two exceptions: By the Time, which has a beautifully heartfelt solo, and the truly impressive countertenor melodies on I'll Cover You)

On the whole, the arrangements are strong. The aforementioned Sweet Dreams is a nice example of how a strong arrangement can save an overdone song. The arrangement brings in widely divergent influences: Gregorian chant, eerie Radiohead-esque effects, hard rock riffs; and it manages to blend everything into a cohesive whole. Awake and By the Time layer lush vocals with skill. A Change Is Gonna Come, Home and I Try benefit from strong arrangements as well. There are some times when the syllables come into the forefront and distract from the soloist: the too-crisp backgrounds in the verses of Falling for the First Time, the "joh joh ja na joh" line that permeates Just the Girl, basically all of I'll Cover You.

Production is a bit of a mixed bag. While the album sounds great overall, the bass is produced in such a way that it comes off as robotic. Of course this can be a desired effect, but there's really no song on the album that avoids the robotic bass sounds, even if it doesn't enhance anything. It's really jarring to juxtapose the heartfelt emotion of I'll Cover You with a bass that sounds better-placed in dance music. This is just something that really stuck out to me: it's great to have octavized bass hanging out way down there, but will the unavoidable electronic sound interfere with the rest of the arrangement?

Welcome to the Paradise Lounge is a good album for sure. The group manages a high level of energy in their backgrounds that doesn't quite carry into the soloists, but the overall package is well worth buying.

To order this album, visit iTunes or the group's website.