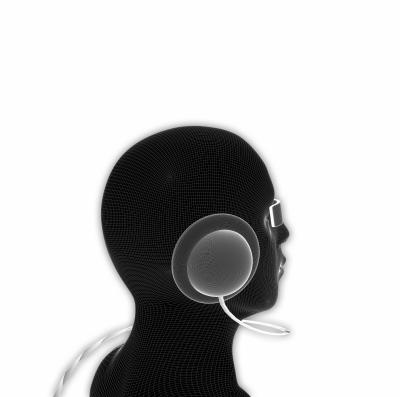 bOObOOm explodes with boundless raw talent, but some elements of Project J Management could have benefited from more attentive managing.

The album experience — at least initially — jumps between visual and auditory. We listen; we read. We combine imagery and sound. We put all the pieces together to form a tapestry of impressions and knowledge.

The cover says "Project J Management". There's no period after the J. Is the title a name, like "Alfred E. Newman" or a name plus title, like "Bill S. Preston, Esquire"? Look online: Reverbnation.com credits Project J Management as a record label. Keep listening: the lead singer in Hey Yawl 2) says, "Hey, this is JKB".

Aca-insiders will quickly decode that JKB is Rockapella's high tenor, John K. Brown; Project J Management is his solo project. And the savvy listener's constant thought: if Naturally 7 and Rockapella had a love child, PJM would be it.

Pretty much every song has a hot R&B feel, a great tenor lead, creative, expressive back-ups and that crazy, driving, yet organic-sounding percussion that, despite being uncredited, can only have come from the singular Jeff Thacher.

Though electronic processing abounds, hardly any pitch or rhythm correction is noticeable and quite possibly none has been used. If so, PJM goes where few singers dare to tread, and that's also to be praised.

John's lead performances bring a wow factor, not only due to the immense talent of his rifftastic, dynamic, and rangy lead voice, but also because of the unusual balance of organic and electronic energy on the record. It's a combination that works.

Purists, while most tracks deliver a bass sound like an electronically octave dropped singer (JKB? Jeff Thacher? George Baldi? Barry Carl? We're left to guess), I strongly suspect that the bass on a few of the tracks is non-vocal. It isn't distracting, but listeners may find their eyebrows raised.

More critically, the songs of bOObOOm, while largely original, are more of an opportunity for a great singer to strut over hot beats and Rockapella-esque arranging, than a particularly arresting artistic or dramatic journey. Titles like My Baby's Heartbeat sound like promising substance, but the album's strengths are much more rooted in rhythm and style.

Reading the liner notes' we do see nonspecific "Thanks" to both Rockapella's Scott Leonard and Jeff Thacher. Listen carefully for the tell-tale character of these famous voices and we suspect that while JKB sings all the leads, Scott Leonard may have sung or arranged some back up harmonies, and Jeff Thacher clearly both beatboxes and engineers (his mix work is credited under "Jbeat").

The bOObOOm musical experience has fireworks galore and makes a welcome addition to the all-too-limited R&B a cappella world. However, while not often a subject of RARB commentary, the album art and liner notes are also a part of the purchaser's experience. Though their importance admittedly pales in relation to the music itself, a little time must be devoted to their strengths and shortcomings.

Cover art: a bald, robotic silhouette wears a large pair of (wired) headphones. He looks into the distance. In a serif-rich font, appropriate for prison tattoos and bikers, it says "bOOm" both in front and behind our futuristic android figure. Robots and tats? It's a great concept and makes the reader curious as to who designed it. Traditionally, the inside flap would answer that and many other album who-dunnits.

Unfortunately, PJM provides merely song titles and the footnoted claim to have created a new style of music called "fusion". Not only is the album art uncredited, but no credit is given to lyricists, composers, composer's societies like ASCAP, SESAC and BMI, labels, original artists, arrangers, VP, band mates or anyone else.

Perhaps such lapses are forgivable as an artsy, minimalist choice on an entirely original album. That's just not the case here. Several of the songs are obvious covers.

Even the song titles themselves don't give us the information we need. What PJM calls Your Love Rebound is unquestionably the lyrics, melody and chord progression of (Your Love Keeps Lifting Me) Higher and Higher, the R&B hit originally performed by Jackie Wilson in 1967. The arrangement is creative, but hardly deserving of independent song status.

The album's inner image is of the charismatic John K. Brown, dressed in boardroom-appropriate suit and blue button-down shirt, eyes closed, singing passionately. It's a nice shot. Unfortunately the image has the large stamp "Super Six 1" blazoned on it.

Of course, the logo is the photographers' brand. And while crediting the photographers would have been appropriate (they aren't credited; but it's either Erica Deel or Rachel Rodriguez, both longtime Rockapella devotees), displaying their blurred logo across your album photo is not the most professional design choice.

Luckily, we live in the digital age. Project J Management can at least provide the missing information on iTunes, Reverbnation and on its own sites. And that is something that in good conscience should be done. When you sing as well as John K. Brown — and believe me, this guy can really sing — when your world-renown Rockapella band mates had a hand in the project, when you've sung on Broadway and toured the world, you are a professional. Part of professionalism is treating the artists upon whose shoulders you stand with respect.

Back to the praise. We know PJM is extremely talented, but is bOObOOm right for you?

Well, ask yourself these probing questions: Do you like sky high, soulful tenors on both lead and back-up? Can you get down to lyrics like "Hey, y'all. Pump it up, y'all."? Is any (aural) glimpse of Rockapella a beautiful sight? Do you enjoy referring to your special someone as "boo"? Should "y'all" be spelled "yawl", "aqui" be spelled "aki" and "attached" be spelled "attach'd"? And most importantly, if it has a great beat, would you give it a ten?

If you answered "yes" to these, then you will indeed adore the R&B stylings and incredible talent of Project J Management.

I'm not really sure what to make of bOObOOm from Project J Management — a.k.a. Rockapella's John K. Brown, who appears to be solely responsible for what's heard (more on that below). Is it hip-hop? Rap? R&B? Funk? Contemporary a cappella? Individual tracks are often one or more of these, but overall the album is none of these. To paraphrase the famous adage, bOObOOm tries to be a master of many trades and ends up as a master of none. Or maybe one.

That one is vocal percussion. bOObOOm shows such terrific chops that I couldn't help but wonder — due to an absence of detailed liner notes — if it was Mr. Brown's work or perhaps that of Jeff Thacher, Mr. Brown's singing mate from Rockapella. Either way, I suppose it doesn't matter. Squarely in the beat-box, hip-hop vein and rarely straying from that pocket, it's layered, sophisticated, and interesting, and forms a solid backbone for nearly every track.

In case you were wondering, that's more of reality and less of a compliment.

Indeed, my single biggest issue with bOObOOm as a contemporary a cappella CD is that it operates in an almost topsy-turvy world where the VP elements often take center stage, relegating the compositional, melodic and harmonic elements to a distant back seat. Where voices sing in harmony, they sing very basic "ooh ahh" and/or word echos. More often, we hear the vp punctuated with the occasional harmonic ornamentation — the vocal equivalent of a punchy brass section riff — while the bass and vp drone onward. What's more, any number of tracks might really be better termed "musical ideas" rather than true "songs" as they riff ad nauseam on the same basic structure, showing little in the way of sophistication, development or variation except, perhaps, for ever-present, hyperkinetic VP.

There are exceptions, reflected in my scoring, which are the only tracks I may re-visit from this album. The title track, bOObOOm, is probably the best of the bunch. It showcases a more layered arrangement that melds the percussive techniques with a more conventional arranging style that builds an enjoyable texture and anchors the sound. Or perhaps it's the crossover "fusion" sound featured on this track and Hold On and noted specifically within the liner notes. I can't really articulate what "fusion" is, but to my ear it amounts to strictly electronic vp mixed with digitally manipulated and sampled vocal vp.

If I sound overly cynical about all this, I don't mean to. All these years after Bobby McFerrin and Todd Rundgren, there is a small and interesting niche that has been carved out for modern-sounding "one-man a cappella recordings" by well-known names like Scott Leonard (who is thanked in the liner notes), Andrew Chaikin, and others. And to the naked ear, there are quite a few tracks on this CD that would probably prove infectious, enjoyable and perhaps even danceable. But there just isn't all that much going on here beyond the beat and I need more than that for my a cappella dollar.

You have probably heard John K. Brown, even if you haven't heard of him: he sings in a little group called Rockapella. He is a professional a cappella singer, and he is very good at what he does. This is why bOObOOm, his first solo effort, is so disappointing.

Emphasis on "solo". He thanks several individuals in the liners, including band mates Scott Leonard and Jeff Thacher, but ultimately this is The John K. Brown Show. He has done all the arrangements and written ten of the twelve songs. His name or initials pop up frequently in the music, and he clearly thinks very highly of himself; the two Hey Yawl tracks even feature Brown as a radio DJ introducing and praising his own music. bOObOOm is a vanity project, and as such it is extremely off-putting. The music should speak for itself, and Brown should not have to tell us how good it is.

It's also a mess, from the album art to the arrangements to the mixing. The overall sound somehow manages to be both chaotic and sparse. He uses only two or three vocal parts in addition to his solo line, but also adds unusual sounds like baby giggles. The genre is decidedly hip-hop, but it is also very experimental. Unfortunately, Brown is having all the fun. The studio techniques may be innovative, but this novelty wears off very quickly. What's left is a set of repetitive, derivative songs that all sound the same.

Even at a relatively trim 35 minutes, this album is way too long. bOObOOm would have been better as an EP with the handful of tracks that are actually decent. The ska-heavy version of Rockapella's Shemibos is fun, Ain't No Sunshine Remix and Your Love Rebound are interesting covers, and Right Here (Estoy Aqui) actually manages to distinguish itself from the rest of the album. Nevertheless, even this pared-down selection would be merely average. I don't think Brown should quit his day job just yet.

To order this album, visit Project J Management or CDBaby.com.