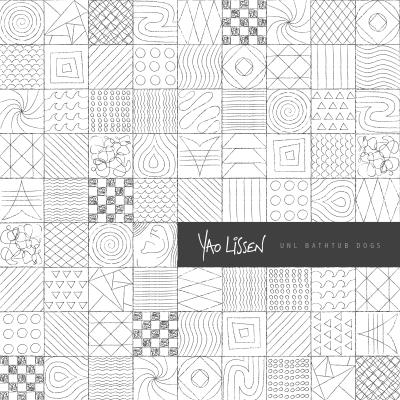 The Bathtub Dogs lack a certain self-awareness. Stilted, emotionally flat, and uncomfortable performances sit alongside inspired and majestic singing. Thoughtful and supportive production choices, and impressive vocal drum machine programming consistently raise scores, while awkward syllable choices and miserable insider-only "hidden tracks" drag them down. When the Dogs venture into new territory, or perfectly cast their solos, leaving weak imitation behind, listeners will be electrified at their innovation (A Little Less Conversation, My Girls, City Of Delusion and P.Y.T. Pretty Young Thing). But when the group tries to be funny, miscasts the lead, plays copycat, or fails to get out of their own way as arrangers, they have to bite and scratch to hold on to average scores.

There's a division in collegiate a cappella over the role of background syllable choices. Some believe that this is an area ripe for creativity, and that the more the syllable choices diverge from open vowels and dentalized consonants, the better. Others, like myself, believe that songs are stories, and background syllables that draw attention to themselves without furthering the story distract the listener and detract from the song. Your reaction to Yao Lissen will depend heavily on which camp you fall into.

Skipping Stones and Little Lion Man are literally drowning in a distracting torrent of emphatically punchy "jen"s. My scores generously credit the production and leads, but the tracks get a '1' for repeat listenability. No matter the leads' talents, the song experience is dominated by the word "jen" to the degree that it might as well have been the title.

My Girls is sung with such uplifting and beautiful emotion that it easily rates a '5' for its excellence. That is, until the funny-to-no-one-but-the-group hidden ending plays. This conclusory snippet has nothing to do with My Girls. It is instead a deliberately hackneyed, out of tune, and out of tone version of Twinkle, Twinkle Little Star set to group members' first names and a note as to when cosmic bowling will take place. RARB rules mandate that this be included in the score for My Girls since both comprise one single track. The overall '4' awarded in this review is generous.

A Little Less Conversation boasts a killer lead and an exciting arrangement. But this track also ends with a deliberately weakly sung comic tune, this time a barbershop ditty, If You Wanna Be My Bathtub Girlfriend. And so another bit of weak humor drags scores down.

Even if the group thought that these bits were hysterically funny (and to insiders, they might be), why not put them on their own tracks? Did they really imagine that every time a listener chose to jam out to A Little Less Conversation that they would always want to hear this goofy tune stuck to the end of it? Separate tracks would have at least allowed the songs to be used in appropriate playlists, which is after all, the way most listeners experience music today.

The Bathtub Dogs must also be taken to task for failing to credit any of the composers in their liner notes. A Little Less Conversation was not written by Elvis Presley and thankfully, the Bathtub Dogs do not even sound like Elvis Presley when they sing the song. So nothing at all of Elvis Presley exists on the Bathtub Dogs' album, yet there he is in the credits. The two people whose work does appear are Mac Davis and Billy Strange. We can thank them for all the music and lyrics. Without them this track would not exist at all. They are also the people who must get paid 9.1 cents for every copy — digital or physical — that the Bathtub Dogs make, regardless of whether the group sells the album or gives it away. But I digress.

The Bathtub Dogs have more than their fair share of excellent, emotive lead singers. They know enough to hire Joseph Bates, Tom Anderson, and Ed Boyer to handle a good portion of their arrangements, and Dave Sperandio to handle the production. When the alignment is right, Yao Lissen delivers some gorgeous music. But when the vision fails, as the saying goes, all the king's horses and all the king's men aren't enough.

This is the 4th studio album for University of Nebraska-Lincoln's Bathtub Dogs, but since they never submitted their first to RARB and I've never heard it, I'm reserving the right to say "third time's the charm."

Finally, with the somewhat oddly-titled Yao Lissen, we get a disc filled with arrangements and performances that consistently show off the best of the talent and energy this group of gentleman has to offer.

To be fair, the best moments on Yao Lissen owe a debt of gratitude to professional arrangers Joseph Bates, Ed Boyer, and Tom Anderson. There's a reason these guys are the best of the best and their contributions stand out accordingly. In particular, Bates' take on A Little Less Conversation is a true gem, not just for the inventive, smoldering slow-jam opening, but for the accelerando that brings the song up to traditional speed and then the last ninety seconds of funky deliciousness.

But in Jake Ramsbottom, the Dogs seem to have an in-house talent who is a step above the less successful and often pedestrian arrangements of albums past. He has a hand in four of the arrangements featured here, but Animal (teaming with Tom Salistean), in particular, would serve as a solid primer for other collegiate arrangers on the use of variation between first and second verses, the importance of dynamics, proper treatment of a bridge, and how to build into the final repeated choruses. It's a most worthy choice to open this album.

Also deserving of recognition is the team at diovoce who have done a masterful job of varying the treatment of each tune to match its feel — from the almost metallic-sounding Animal, to the lush, reverb-y richness of Song About Love. The vocal percussion is also expertly sampled and tracked, so much so that even in the moments when it's so overwhelmingly superhuman (Break Anotha comes to mind), it still seems right and tasteful and not distracting. And then there is City Of Delusion, which is just brilliantly put together from top to bottom — arrangement, performance, effects, mixing, mastering, the whole shebang. A real collaborative effort with wonderful results.

But even with the help of some expert pro talent, the Dogs deserve a great deal of the kudos for raising their standards and committing to delivering the material with energy, precision, and dedication. There's a real energy to this album that was lacking in the past; a real ebb & flow in the song order. While I do wish they would credit the song writers and not just the original performers (as I believe they are legally bound to do), the repertoire is well-selected with a nice balance of recent hits, somewhat lesser-known material, and a few that were even unknown to me (Shine, Skipping Stones). And though the soloists can still veer towards the slightly legit/cheesy, those moments are fewer and farther between than ever before.

Yao Lissen is a most welcome album to start off my 2013 — a chance to see real development in a group that always had talent, but hadn't yet found a way to put its best foot forward. Whether you buy the whole album or just pick and choose the tracks that scored highest is up to you. But do yourself a favor and check out the Bathtub Dogs, if only to discover one more enjoyable thing that comes from Nebraska besides corn, Omaha steaks, and Marg Helgenberger.

In nearly all creative fields, the success of the artist depends at least in part on a successful collaboration with other talented contributors. A transcendent performance by Al Pacino would mean nothing in a film with a terrible script, cinematographer, director, etc. Conversely, Scorsese's direction and Charlie Kaufman's screenplay are wasted if the actor simply can't act (insert Keanu Reeves joke).

For their album Yao Lissen, the Bathtub Dogs surrounded themselves with top-notch collaborators, using six arrangements coming all, or in part, from talents like Joseph Bates, Ed Boyer, and Tom Anderson. The album is edited, mixed, and mastered with style and verve by diovoce. The real question, then, is this: can the Bathtub Dogs sing?

The answer is an unequivocal affirmative: hellz yeah. Yao Lissen is an energetic, fun, and diverse album with a little something for all "lisseners". Bright, shimmery pop and rock abounds on the oft-covered Animal, Keep Your Head Up, and Michael Jackson's P.Y.T. (Pretty Young Thing). Dark, moody electronics and guitar simulations weave throughout City Of Delusion and Break Anotha.  The grooving A Little Less Conversation actually features aspects of both styles, starting slow and sultry (think the many covers of Marc Broussard's Home) and speeding up halfway through. The song selection is thoroughly satisfying, with a balanced mix of popular and slightly more obscure (or reinvented) songs that are consistently well-sung and well-produced.

A few miscellaneous thoughts. First, college groups (including Bathtub Dogs) take note: we know you like to throw inside jokes and skits which seem hilarious in rehearsal onto the end of tracks or albums. Be advised: it generally doesn't translate well, and will rarely be appreciated by anyone other than yourselves. When I go to put the grooving, rocking A Little Less Conversation onto my next playlist, my first step will be to remove the tag at the end. Second, college groups (excluding Bathtub Dogs): listen to this album and take notes when you pick the track list and order for your own album. Without breaking it down song by song, I can summarize it by saying that Yao Lissen flows just right; it never feels redundant stylistically and never sags.

Most of the solos fall somewhere between good and very good, though the real star of the album is the excellent Jack Christie on A Little Less Conversation, P.Y.T., and My Girls. He's got range, soul, and he exudes personality in all three tracks, each of which is a different style, making him one of the best soloists I've heard on a college album in quite some time.

High-energy and talented singing, with innovative arrangements at this level are rare in the collegiate world, but this type of album is the reason why groups like the Beelzebubs, the Clef Hangers, On the Rocks, and VoiceMale are always in the discussion for being the best at what they do. With Yao Lissen, the Bathtub Dogs are making their bid to join the big leagues, and it's hard to argue with their application. This album is an excellent package of great arranging, production, and most importantly singing; I'm "lissening", and so should you.