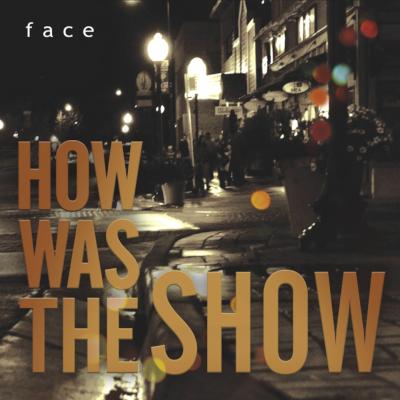 Fans of The Sing-Off's Season 4 winners, Home Free, would do well to add the music of Face (The Sing-Off Season 1 alums) to their playlists. This is country-infused rock with belty, heartfelt leads and a midwestern sensibility. Even pop covers like Some Nights just can't help but gravitate towards this Middle America sound. There's a touch of the Eagles in Face's sound: familiar, comfortable, right down the middle.

How Was the Show Last Night and One More Time are both original tunes and album standouts. There's an earnest, straightforward quality that makes these tunes especially endearing. Feels Alright also has an ending that rivals the best of the tracks.

While the last original, The (Hu)Man Dance, might be a crowd pleaser live, it's an out of character track for a group that otherwise has a very clear and consistent identity. The track isn't produced as a dance track, or rapped as an R&B track. And nothing about it says country, other than the idea of line dancing. It's fine, but it doesn't fit.

Sometimes outliers just feel off, like they don't belong: that's The (Hu)Man Dance. But sometimes outliers do work, magically and against all odds. That's The Parting Glass, which should have felt stilted, forced, and glee club-ish, but instead becomes a touching, timeless, and majestic anthem. Face may just get a tear going on this one.

I'm sure that the mixer, Tony Huerta, was told to keep things simple, and he does. The sound is clean with few frills, just little touches. Some modern listeners may compare collegiate fare and find Face's overall sound a little thin at times. But purists have the joy of exposed voices and that will surely please fans who don't want things too slick.

The album's final gem is Mark Megibow's gritty belt on Sunshine of Your Love. Like many vocal percussionists he's often too busy spitting to take up singing duties. But listeners will be thankful he made the time, as his whiskey-rich baritone sounds just perfect on this straight-up rock tune. A few more leads for this guy wouldn't be such a bad thing.

Fox News' so-called "real" America doesn't get its fair share of attention in contemporary a cappella. Face is your big opportunity to get a taste of the middle.

There's a good-natured spirit and pleasantness that is infectious on Face's How Was the Show that makes it a difficult album to dislike. But those positive vibes aren't enough to make it an album that I like all that much either. It's a polished, professional, and reasonably well-conceived, if conventional, effort, but it's not one destined to break into my listening rotation anytime soon.

In some ways — based on this effort at least — it feels like Face is mired in the professional pop a cappella of twenty-plus years ago. It's a bouncy sound, relying on hyper-articulated, crisp group rhythms or precise arpeggios, often employing slightly-too-quirky syllables that stand out a bit more than they should. Not a lot of layers to be found, nor a lot of variation in the backs as they progress through a song. The energy is fun and upbeat but never feels entirely natural — like those smiles you may have been taught to plaster on in show choir, it all feels a little forced and/or overdone. The are feints in the direction of dynamic variation, but more often than not, these guys have never met a fortissimo they didn't love and embrace full throatedly. The always-reliable Tony Huerta does a nice job with the production work in general, but it's almost all super-bright irrespective of the material being covered, and that gets to be a bit much after a while.

And all of that is a problem on much of the material covered here, albeit to varying degrees with each song. Play It Loud seems to primarily be an exercise in speed and precision, but it's so clean in fact that the hardcore rawness of the original is nowhere to be found. Standing Outside the Fire is as generic an arrangement and performance as I've heard in some time and Some Nights is just another version of Some Nights that starts loud and ends loud and really doesn't find much to do in between that is terribly interesting. The mash-up of The Sound of Silence and Hey You does work surprisingly well, but with the ever-increasing volume towards the end, the song really wants to wail and this version never manages to do so.

Not surprisingly, where the group fares a bit better is with its original material. These are not particularly innovative melodies or profound lyrics but they at least have the ability to stand on their own without the benefit of comparison to their source material. And in that regard, the country folksiness of How Was the Show Last Night and the Blenders-era attempt at funk with One More Time prove enjoyable. Feels Alright fares less well with its meandering melody and reggae-infused feel and The (Hu)Man Dance is probably an adorable concert bit but falls very flat on a CD.

I mention the Blenders above and it's not an inapt reference; had Face been making this sort of a cappella back when the Blenders were getting going in the early 90s and Rockapella was breaking out, they might have been in the mix as another upper-echelon group on the growing US professional a cappella scene. But more than two decades later, their sound — the syllables, the arranging style, even the vocal percussion at times — can't help but feel a little dated and quaint for a group that wants to cover legit rock material. There's little question that these guys have the goods to be terrific, but How Was the Show? Just so-so.

When I think of Face, I have certain expectations. I expect high energy, edgy, dare I use this pun, in-your-face rock. How Was the Show, the group's latest release, falls a bit short for me. Don't get me wrong, it's a fine album and in many ways, a more polished product than previous efforts. Yet it feels like a step backward in the group's style and in arrangement sophistication.

Since I mentioned arrangements, let me clarify my stance. Harmonically, these tracks are tight. Smooth voice-leading, interesting progressions, the whole shebang. But hearing the bass sing "diggadiggadigga" and the upper harmonies using syllables like "jaow" in basic and predictable rhythmic patterns feels like a collegiate arrangements from fifteen years ago. There are definite exceptions. The Sound of Silence/Hey You is a fantastic mash-up, filled with delicious tension and innovative layers. Sunshine of Your Love gives us the live feel and shows the kind of energy Face can bring out. The (Hu)Man Dance is simple but very effective in the vein of Safety Dance, which Face is well-known for — it's a worthy younger brother of that classic. The Parting Glass is also elegant in its simplicity. Yet, Some Nights, which practically screams "rock out" in the original, comes across as sterile. How Was the Show Last Night, which the album is titled after to some degree, is by no means edgy or in-your-face, but simply cheesy and a little sparse. The rest of the tracks fall on various levels along the scale. Standing Outside the Fire is pretty good, and Play It Loud has the syllable issues I mentioned but has the energy I crave.

As far as production goes, this album could be better, but it's still pretty solid. The pitch correction is far too strong and obvious for my taste, but it feels like real voices the whole time. Blend and balance are exactly where it should be. The performances are never lazy. These guys commit throughout the album.

To be fair, my reactions stem partially from an expectation I harbored going into this review. If Face were presented to me as a down-home, almost country-flavored, retro kind of group, I'd say this album achieved its goal. I'd still not love some of the arranging choices, but the album as a whole would have worked better for me. The group is tight and they clearly deserve to be The Best Band in Denver for 2013. I'm glad Face is going strong, but I can't wait for the next album.

Orders can be placed through Face's website, iTunes, or CD Baby.