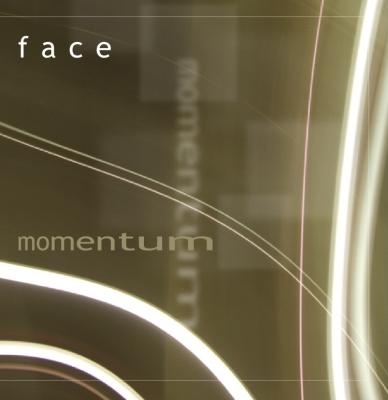 Face. This is a group with all the potential in the world. Great leads, fun arrangements, great bass, solid VP. What this group lacks is a producer willing to cut good and even great songs that just don't represent who this group really is. In the biz, they refer to this ineffable quality as a signature sound. It's what lets you know, on chord one, that you're listening to a Take 6 track or a Journey track or a Lady Gaga track or an Owl City track — even before that lead comes in. When it's done right, there's just no mistaking the sound. Face is making tracks. Track by track there's an abundance of excellence, but as an album things fall just a bit short. For cohesion's sake, nearly half these songs should have been cut from the project.

Example: O Fortuna. It's just been nominated for a CARA award. That's great! But in the classical category. Face is not classical. Face is rock. Maybe even Southern rock. When you hear Looking For a Place to Land, Boondocks, or even Don't Stop Believing, Overkill, or Break It Down Again you feel an authenticity. Face seems at home — and those tracks do show variety. O Fortuna, Feeling Good, Promise, Let It Be and even I'm Yours are more of a struggle. Very well sung? Yes! Crowd-pleasers live in concert? Sure! The right choices for an album with a signature sound? Not so much. That's just too much variety.

Some would argue that in today's world of downloadable singles, album cohesion is irrelevant. I hope that's not so. The art of making albums is separate from that of making songs and every bit as important.

All that said, I'm still a big Face fan! When these guys let it go, it's pure unrestrained triadic-based rock. What's not to love about that?

But if they're taking requests, how about more originality?

Sonos arrangements are so boldly original that when you hear a cover song, you really hear Sonos. Face isn't there yet. When Face does a cover, they generally keep close to the original. It's a crowd-pleasing choice. And all cover bands that aspire to greatness have to face the dilemma of whether they can afford to step "beyond". The question is "Will our fans follow us?"

Face, the answer is a resounding "Yes!" Make that next step. Cut the fat. Keep those songs for concerts, if you must. Go down in history as one of the great a cappella rock groups. Contemporary a cappella needs a group like Face. These singers are worth listening to. This album is a winner, a crowd-pleaser, but we're ready for them to take it to the next level.

Face might be best known now as the first group eliminated from last year's show, The Sing-Off. In case you missed it, Face is a six member all-male group from Colorado. They are a group of music-loving guys who perform a cappella in their time away from their "real jobs", which range from message therapist to biochemist. Unfortunately, they only got one song into the show before the boot, so it was hard to judge their quality based on that brief appearance. But before there was The Sing-Off, there was Momentum, and Momentum testifies that they are indeed a solid vocal band.

Momentum opens with O Fortuna, an interesting choice given the pop/rock/country style of the rest of the album. O Fortuna is that classical piece by Carl Orff that often gets chosen in movies to "set the mood for dramatic or cataclysmic situations" (Wikipedia). You'd recognize it if you heard it. It's typically performed with a large chorus and orchestra, so the performance by a small a cappella group seemed a little odd, but at least it was interesting. The liner notes say it won Best Original Arrangement at the 2007 Harmony Sweeps.

Following closely on O Fortuna's heels is Boondocks, a song that is nicely representative of the group's sound. A little vocal percussion (not studio-ized), a solid bass, solo and duet lines, and a couple of mainly-instrumental higher parts. The soloist (Jayson Throckmorton, in this case) does a fine job, with a country-rock flair to his voice, but goes out of tune a bit on the highest notes. All of the songs were arranged by group members, and most employ a similar arranging style to this. The group's characteristic rock sound with a little edge to the soloist's voice is present on every track; so much that I was really surprised when I looked in the liner notes and found that every group member had soloed on at least one of the songs on the album. Whether by accident or design, they all have very similar voices (except for Forest Kelly, the bass). I wouldn't have thought twice about it if someone had told me that the solos by Throckmorton, Lunstad, Ross, Driver, and Megibow on tracks 2-7 had all been by the same singer.

Throughout the album, they sing with an enthusiasm that is palpable. One of the first times I was listening to the album straight through, my wife came into our study (during Don't Stop Believing), and said, "Hey, who is this group?", the implication being that she wanted to hear more of them. Completely coincidentally, just four minutes later (during I'm Yours), my 13-year-old daughter came in and said, "Hey, who is this group?", with the exact same implication. I think that shows that while these guys may not be quite as amazing as some full-time professional a cappella-ists, their arrangements and singing are catchy and enjoyable.

One disappointment with the album was that the sound is a little hollow. I'm not sure what the issue is — perhaps a lack of reverb, perhaps more than that — but compared to other recent a cappella albums, Momentum seemed a little empty all the way through.

As a final note, I need to express thanks to Face for helping me notice/remember that Overkill is one of the greatest pop songs ever written. Why more a cappella groups haven't covered this Men at Work classic ("Day after day...") is beyond me. I particularly enjoyed how the subdued arrangement allowed me to focus on the words, something that I never particularly did with the original. It got stuck in my head literally for days at a time.

Should you purchase Momentum? Well, even though I wouldn't call it a "must have", if you like rock a cappella (with excursions into country and pop), I'm sure you won't be disappointed if you do.

It would be perfectly understandable if you were never to make it past the second track of the latest Face album: it took me almost a dozen listens to stop hitting "repeat" every time I reached the group's cover of Little Big Town's Boondocks. There's just so much energy and pride resonating from Face's version of this song. These six singers find a way to turn a song about small-town Southern life into their own personal anthem, making Colorado feel like "the boondocks" in a way it probably never has before. We all know the fate of Face on The Sing-Off of course, but after hearing Momentum, I wish they'd been allowed to choose Boondocks as their signature song for that first episode of the show.

Boondocks really is great, but the rest of Momentum is merely good. That's hardly an insult — most groups would kill for "good" — but after hearing this group achieve "great" on the album's second track, "good" is almost a disappointment. Momentum is an enjoyable listen, but there are a couple of things that prevent the album from being flat-out all-around great.

One of those things is the group's choice of syllables. From the percussive "chown-chown" on Promise to the ringing "ching-cha-ding" on Let It Be, Face uses harsh sounds that really stick out in places where I wish that the background would be a bit less obvious. It's a choice that many groups make — to have every note sound really, really important — and I wish that Face had opted for smoother, less noticeable syllables instead.

Secondly, the group's song choice is sometimes disappointing. There are certainly several "Wow!" songs that this group nails — songs that aren't overdone, like Boondocks and Pink Floyd's On the Turning Away. But too often, Face turns to songs that are done frequently (Let It Be, I'm Yours, Feeling Good) and doesn't add anything great to the versions that already exist. (In some cases, their additions don't quite work: their modern flair on Let It Be is jarring, as is the choice to open the song with a bass soloist.) Face is the type of group that can make me want to listen to a song I'm not familiar with, over and over and over again, and so hearing them do tired, overplayed a cappella covers is a bit disappointing. They give us nice versions of these songs, for sure; I just wish they'd upped the wow factor by dropping a few more unexpected numbers in the mix.

Ultimately, though, these criticisms are relatively minor, and an album that is good-but-falls-slightly-short-of-great is still a completely enjoyable listen. There's not a bad performance in the bunch, and there's plenty here to get excited about (besides the previously-mentioned Boondocks and On the Turning Away, both Looking For a Place to Land and Break It Down Again are both really great).

(And an addendum: serious props to Face for the thorough songwriting credits in Momentum's liner notes. Very nice to see and greatly appreciated.)