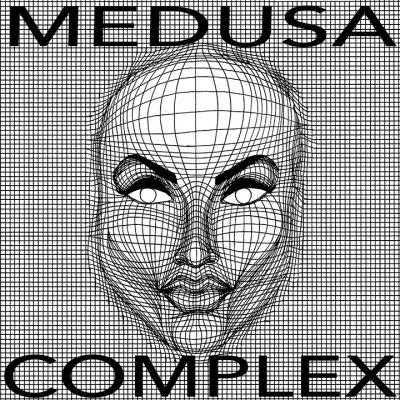 It's been four years since my last Men in Drag album, but unlike Late Nights, Parades, I won't be using the concept of a Medusa Complex as the hook to get into my review from this all-female group based at the University of Chicago. Or maybe I just did precisely that. (Either way, look up "Medusa Complex" and you'll perhaps understand why I decided not to go down that path.)

Far more important than the title, though, is the music. And across the board, this is an extremely solid effort, showcasing improved cohesiveness and consistency from the group's prior work. There are places to be critical for certain (more on that below), but there isn't a dud to be found here and almost without exception, the arrangements are well-constructed, the singing is passionate and forceful, the blend is seamless, and the post-production work is worthy of what one would expect from award winners like Brianne Holland (a former member of the group and also arranger of 2/3rd of the material covered here), Ed Boyer, and Dave Sperandio.

Particular praise is due to the alto soloists featured here, and even among those, the standout is unquestionably Jordan Miller-Surratt on Number One, Coming Undone, and New Americana. Isabella Martin and Mariana Lepecki deserve kudos of their own, but whether it's matching the riffing of John Legend or the wailing of Halsey, Miller-Surratt is the voice you can't take your ear off of and the one you most look forward to hearing again.

In truth, it's hard to pinpoint precisely the missing ingredient that keeps this effort from being truly excellent instead of "merely" very, very good. Unlike many other collegiate albums, it's not simply one skill set — be it arranging, or mixing, or intonation, or blend — that is lagging behind the others and is thus carried through across all of the material. Instead, it's a small collection of what seems like more random miscues that hold this album back from true greatness. As energizing as the opening track is, one wonders why the raw, grittiness of the original sound was essentially ignored in favor of a much slicker, polished sound that gets loud and stays very loud with minimal dynamic variation. Ditto for Off to the Races where the haunting atmospherics of the original have been discarded almost completely. Similarly, the breathy, plaintive alto of Youth is replaced here with a tightly mic'd and very dryly mixed solo for reasons that aren't especially clear. This is an album that elsewhere certainly isn't afraid or reticent to use production to mimic the original and/or enhance the sound, so if a conscious choice was made to eschew such effects in these and other places, it prompts one to ask the question "why?" — and in the meantime, it leaves me a tad underwhelmed.

Where the goal may be a less transcriptive, more re-interpretative cover, there is also some murkiness in the artistic choices that hinder the effort being made. This is most noticeable on Big White Room, which, as offered here, feels like it may have been an attempt to de-emphasize the fear and uncertainty and desperation that can be sensed in the original in favor of a more anthemic, empowering re-imagination. And while I'm all for those kinds of re-workings, this one doesn't seem to go far enough in either direction. Sure, the solo is more defiant (bordering on strident) and the arrangement is a bit busier than one would expect, but it doesn't really push the envelope sufficiently to avoid one harkening back to the original and wondering why this version sounds so incongruous.

Indeed — and I don't know why I feel this, but I just do — pushing the envelope feels like something Men in Drag very much wants to be doing and could in fact do very effectively. They've upped their game with this release and they have all the raw ingredients to build further on their progress and do some meaningfully boundary-breaking work. I look forward to further steps forward from this exciting group — albeit with the hope that their next album title doesn't again have me searching for a good psychoanalyst.

A cappella music can be an acquired taste. You have kitschy syllables layered over complex rhythms and polyphonic harmony — the thought can seem quite gorgonesque. Then there are those of us who relish the beauty that is the human voice creating sounds beyond the capabilities of the limited physical instruments. (Think about it: one vocal percussionist can take on the sounds of a multitude of "actual" drums, but a saxophone is never going to sound like a flute.)

And so there are groups of people who have the talent to take the power of the human voice and make incredibly remarkable music. One such group is Men in Drag from the University of Chicago, which results in the great album, Medusa Complex.

I took me a long time to get around to liking this album. On initial listens most of the tracks sound sparse and vacant or loud and brash with no apparent intent or purpose. It may have had something to do with listening to the album through iTunes® with non-conducive settings on the equalizer. In fact I told a number of that I didn't like the album — I was finding a lot of fault in the arrangements and the overall production of the album. I dunno, because I've listened to literally thousands of tracks this way without this same vacant effect.

But then I had the opportunity to hear the album through a different sound system in a rental car and the whole world exploded. Medusa Complex blossomed into a captivating sensory experience. Nuanced and complex, the album laid bare the emotional charge of the pissed-off female voice. With that realization, it took me a while to catch my breath. And whew...

That's not to say that all of the tracks are super winners. Whereas there are no real clunkers several of the tracks don't live up to the exacting scrutiny. But those that lock and load to their fullest potential elicit an excitement in singing that I haven't heard in a long time.

I'll just mention a few on each end of the spectrum to illuminate the differences. The album starts with a mixed bag of a track. Givin 'Em What They Love was a standout single when it was released in 2015. There wasn't anything like it at the time and set the MID sound as one to be noticed and appreciated — literally setting female collegiate a cappella on it's head. Here, it sounds a bit enemic because that's what we've come to expect from MID — a sort of been there done that pitfall. On the other hand Coming Undone is just as baller and gut-wrenching on this album as it was as a single in 2014. Even though it's the older track, it sounds fresher and more current in sound and execution.

Alumnae Bri Holland's arrangements are in full force here, comprising eight of the twelve tracks on the album. Her work alone makes a killer album, but arrangers Chloe Atchue-Mamlet, Mariana Lepecki and Frances Bernstein seem to have learned a lot by following her example and crafting incredible charts that utlize every tool in MID's arsenal. That being said, there is a sameness that tends to pervade the album. The formula is a sweet, sort of angelic and vulnerable opening, and then a full-throttled change from the bridge to the end where everything is ratcheted up a notch or five. Most formulaic are When the Sun Goes Down and Youth. If you didn't know the lyrics, at times they seem like the same song. If I had a book to write about the tracks as singles, I could go into the intricacies of each arrangement on the album, each by itself being a unicorn of an experience.

Considering the political climate we're facing today, Halsey's New Americana seems almost prescient in its inclusion on the album. As a mix of what could be considered R&B and Rock, the talk of what America stands for today in terms of unity and segregation wraps up the state of our nation and the timbre of this album in a very Medusa Complex way. Art imitating life indeed.

Beware, there is a lot of cursing on the album. All sorts of words not for the faint of heart. Yeah, just putting it out there, because I was shocked the first time I heard some of the words and others I completely ignored the first few times I listened to the tracks. If you have a delicate sensibility, MID probably isn't for you in general.

I like Men in Drag's latest album Medusa Complex as a whole better than I like any individual song on it. That's an unusual realization, but I find myself nitpicking most of these songs when I listen too closely but really enjoy the overall product when I sit back and appreciate the entire package.

There's a lot of strong power in this group, both from the solos and from the backs. I believe every single note of Givin 'Em What They Love; it's a fantastic opener. And the album's closer, New Americana, is an equally perfect ending: it captures the sighing ennui of the millennial stereotype in a big, booming sound.

Men in Drag always chooses an ambitious tracklist with songs that aren't typical for all-female a cappella, and Medusa Complex continues that tradition. I really do appreciate the group's selections: Korn is not a typical a cappella choice, especially with no men in the mix, and Men in Drag does a pretty good job with Coming Undone — for an all-female group. I hate that I have to put that qualifier on the sentence, but there truly is something missing in the verses here. They seem too thin, but the choruses are pretty fantastic and do channel the power and angst of the original. I wish Men in Drag had taken those choruses and mashed them up with another song instead.

There are a few other missteps that I could pin directly on song choice: the robotic tone of Oh No! just doesn't work in an all-vocal sound, and When the Sun Goes Down never gels for me (although the mash-up with The Police's Roxanne is pretty awesome). Climax is performed well but doesn't seem to fit where it falls in the album. But there are just as many other beautiful performances: Youth is the best song here with its swelling dynamics. You could hear a pin drop at the beginning of Big White Room thanks to the palpable emotions and vocal restraint (and a killer solo by Lehka Nair).

Overall, Medusa Complex as a whole is an enjoyable album; there are a few ineffective song choices, but this group chooses interesting pieces and performs them with full commitment from every member of the group. That makes the whole release fun to listen to, even though I could take or leave a few of the individual tracks here.

(As a side note, Men in Drag does a great job of crediting the original performer and the songwriter, but Off to the Races and Number One are in a different order in the liner notes than on the CD and back of the CD case.)