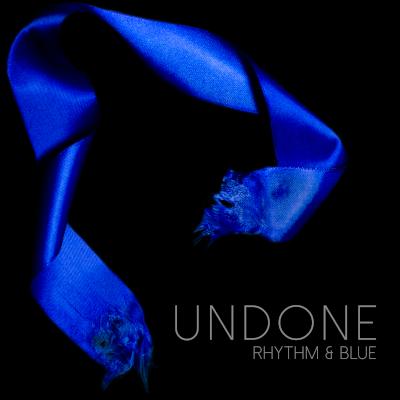 Last year I reviewed Duke Rhythm & Blue's 5-song EP Fresh Poison and noted that while the group had returned to a more naturalistic sound — for which I was grateful — there was not much else to recommend about that release. Now comes a new 5-song EP whose title, Undone, is almost apropos — but for the wrong reasons.

Actually, to be fair, Undone would be an unfair and extreme descriptor. This group of capable singers still brings plenty of energy and intensity to its craft and it is reasonable to believe that given better arrangements, better blend, greater attention to dynamics, better studio production, and a focus on tone and feel — especially among the uber-emotive soloists — they could return to the heights they once scaled circa 2010. At the moment, however, the group seems to be continuing a downward trend that yields less and less commendable work.

If not Undone, then "un-nuanced" or "inattentive" would probably be my two best adjectives to describe my biggest concern with this album. Almost without fail, the material covered here decidedly ignores much of what makes the original source material compelling and enjoyable. (One might even think this is a conscious choice, but given the extremely imitative nature of the arrangements, it's hard to consider that a convincing argument.) And the problems start right at the beginning of each and every song with a heavy-handedness and/or exceedingly loud moment that immediately puts the song at a disadvantage to take the listener on any sort of emotional journey. I Found starts with a plaintive duet against a piano background, but here, the soloist enters strident and proud right from the get-go. The instrumental opening of Weathered is a slow crescendo almost as if one is approaching the open doors of a church service already in progress, but here, we get choral mezzo forte "ooh"s from the outset. Having started as forcefully and insistently as they generally do, each song's dynamics rarely achieve anything resembling a pianissimo, and the various multiples of fortissimo consequently don't pack the requisite punch when they arrive.

When it's not the dynamics, the arrangements here are doing the group few favors as well, generally falling into either big block chord pads and/or harmonies in homophony with the solo and/or word echoes — and some extremely cheesy/awkward word echoes in some places (see "hands over our heart" in Our Own House for just one such example). The basses are also the most frequent victims of being furnished with clunky syllables that might add texture if the syllables were interwoven into an arrangement that combined other percussive syllables and rhythmic lines into more of a tapestry. But when placed against sustained whole notes as they so often are, they draw attention to themselves in ways that only distract and do not enhance.

This then leads to the final note, and it's a surprising one to give since Jill Clark and Nick Lyons are both skilled studio producers whose work I have praised on multiple occasions in the past. I can't know if the recording process here was rushed, or limited in funds, or faced one or more other obstacles, but the end result is an album that sounds like a lot of different people singing a lot of different vocal lines, but without much awareness of or attempts at a cohesive ensemble sound. Some of that is in the arrangements, as noted above, and some is surely in the performances as well. But knowing how much can in fact be helped in the studio and hearing a lot of work that proves what first-rate recording, editing, and mixing can do, I'm a bit baffled by the subpar work showcased here.

Also on the list of things I can't know is whether R&B feels compelled to put out an EP each year in an effort to document its latest work and/or ensure maximum recording opportunities for all of its members. I also can't know how active and involved alumni are in the group — especially those who were part of the group's rise to (recorded) excellence roughly seven years ago — or if the group ever looks outside its own ranks for arrangements. I do believe this group can once again achieve greatness but as it's regressed a bit towards the mien of merely "average" collegiate a cappella groups, R&B might want to take a breath before going back into the studio to focus on better material, deeper attention to detail, and working doubly hard to return to excellence.

Rhythm & Blue offers a short release with Undone that fits pretty snugly into our standard collegiate a cappella catalog: big radio hits and booming sounds. Some arrangements and voices are compelling; some approaches here are less successful. I am (still) hopeful about a return to the brazen R&B era that left such a huge impact on our community, when R&B was setting the trends instead of following them.

Never Forget You is the strongest track on Undone; awesome to kick-off strongly, anticlimactic to reach the peak in the beginning of your journey. I am the most captivated by the perfect pairing of duet partners Haley Dishong and Alex LaDue; the sonic shift when LaDue enters is particularly refreshing.

Slowing down the tempo, I Found features a simple stomp-snap rhythm that enters after a minute and a half of voices only and carries on under a chart that grows increasingly more dense and intense. The arrangement from Sid Gopinath is gorgeous, absolutely stunning. The stretchy legato phrases from the lead set the mood, and the accented and dark backgrounds lift the whole work up a few levels. However, the production choices compromise these intentional efforts, especially the heavy reverb during the voices-only first act that is never permitted to fully decay unlike the human voices it is coating.

Our Own House injects instant excitement again with its jubilant lead from Alex Schwob. This song is all flash and fun.

Then, the EP tips into a more mundane conclusion with Weathered and Chasing Twisters; neither track sounds as eloquent and thoughtful as the works proceeding. I can especially appreciate the gorgeous coloring of talented Rebekah Wellons on Chasing Twisters, but her aggressive delivery can sound unnatural and forced at times. Both tracks also have long stretches of relentless beat-pounding that keep me distanced instead of close.

It's great for the group to keep recording and releasing tunes if capturing each year's work is important to the members, but this release is likely not making any new fans. Perhaps Undone is a placeholder for bigger risks to come.

With Undone, Rhythm & Blue finds a cruising altitude that makes for a smooth, enjoyable ride. Undone is not the kind of album to launch you through the stratosphere, but it also coasts well above the threat of turbulence and the dreaded "fasten seatbelt" sign.

Rhythm & Blue is a co-ed group at Duke University that has been around since 1992. Up until recently, the group released full-length albums every two to three years and had a string of compilation-worthy recordings from 2006-2011. In 2016 the group released its five-track EP Fresh Poison, and Undone continues the shorter format just one year later. By eliminating "filler" songs and releasing recordings more frequently, Rhythm & Blue gives us a truer sense of what resonates with the current group and showcases songs that are relevant now rather than last year. Let's hope these back-to-back EPs are the start of a trend and not an anomaly!

On such a short EP, each song reveals a unique side of what Rhythm & Blue can do. Never Forget You is the angsty missed-opportunity beat; I Found is the mournful ballad; Our Own House is the celebratory anthem; Weathered is the narrative, an emotional revelation; and Chasing Twisters is the determined country western exploit. The variation of moods and rhythms across Undone feels like experiencing the take-off, the soaring, the complimentary beverage, and the landing. Though the flight is 20 minutes in total, each segment is a rush of excitement that pulls listeners from start to finish and back again in no time at all.

At the same time, there is a consistency that ties all five tracks together. Mostly it is a good consistency. The arrangements feel full with appropriate percussion to amplify the mood. The lead vocals are confident and forward. The pieces all fit together the way they should, flying you from point A to point B without ever wondering if you would have rather taken another airline.

A consistency that keeps this album from scoring higher is the sound of heaviness and compression. The heaviness is partly built into the arrangements, which tend toward monotony rather than harness the element of surprise. The one exception is Weathered, which floats elegantly through the clouds and up, up, and away. But much of the heaviness also comes from producers Jill Clark and Nick Lyons at The Vocal Company, who mixed Undone LOUDLY. The space and dynamics, which enable you to focus on different voice parts and timbres, are flattened into a wall o' sound with too much emphasis on low-mids. This is particularly distracting on Never Forget You, where the droning bass almost entirely drowns out the higher voices, and Our Own House, where soloist Alex Schwob spends most of the chorus on the verge of distortion. And yet, while nudging elbows and recycling oxygen with a tin can full of passengers might not be ideal, it's also not necessarily going to make or break the flight.

Undone is a concise EP that packs a lot of good old collegiate energy into five tracks. If you are crossing the Atlantic, you might want something with more dynamics and more WHOA moments. If you are going from Raleigh to JFK, pick yourself up some Rhythm & Blue and prepare for take-off.