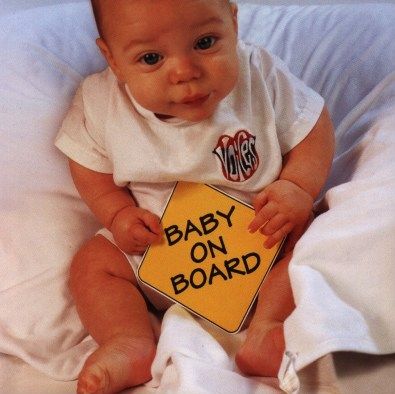 As noted ad nauseum, it seems pretty hard to believe that Voices is a high school ensemble. They're just too good. I have previously noted how lucky collegiate groups will be to get these experienced singers. But I'm starting to worry that the singers will graduate only to be disappointed by the too often stagnant collegiate scene. Hopefully they'll be the ones to take it to the next level.

The leads on Baby on Board are assured and tasteful. The arrangements are full and perfectly sensitive not only to range but to tessitura as well. The only HS giveaway is the bass section. They tend to make up for their developing ranges by pushing out a slightly bowsery sound. Closer micing and a more gentle vocal approach could do a lot to help this problem. But that's the last of my criticisms of the highly capable musical director, Kim Kredich.

The vocal percussion is remarkable both for its musicality and accuracy. Tragically, however, it's uncredited. This is your anonymous shout-out: Whoever you are, mystery drummer, nice work. (Note to the engineer: crank the VP and bass more next time. It's good stuff, but it's consistently way too soft.)

Any fan of Voices will not be disappointed with Baby on Board. It's a solid piece of work. For the a cappella aficionado, even though this is a remarkable achievement for a high school group and a better than average CD, it's not exactly breaking new ground. If your a cappella CD shelf space is scarce, I might pass on this one.

I can't help but be extremely impressed by this album. I swear. I'm trying to not be impressed, but I am. The vocal percussion is on par with, if not surpassing, most collegiate-level VP. I actually have a hard time imagining most college groups being able to record straight to DAT like Voices does. Sure, there are tuning issues. Well, there are a lot of tuning issues. But Voices makes up for their lack of tuning perfection with extremely tight rhythm and a great sense of humor.

Voices employs an admirable variety of complex chords, rhythms, and tempos throughout this album. The solos deliver powerful and believable renditions of pop tunes against a backdrop of voices that are surprisingly non-high-school-y. Does that make sense? Hope so. The backing lines on Baby on Board are more mature than some of the college albums I've reviewed. These guys aren't afraid to kick out a full-on crazy arrangement like Criminal or a sparse and solo-driven tune like I Can't Get Next to You (a song saved only by the fellow who sings the ad-libs at the end, don't know who it is). It's silly, but sometimes a group's ability to communicate emotion and honesty in their recording can make all the difference. The question: does Voices' ability to successfully deliver a song make up for the tuning issues that run rampant throughout this album? (Especially since those glitches could soooo easily have been fixed in the studio! Ah, but for more money and studio time!) More importantly, will my conscience allow me to favorably rate an album that includes Billy Joel's done-to-death And So It Goes? Even if that album also includes a funky, crazy, groovy rendition of James Taylor's Traffic Jam?

Ultimately, the fact remains that I'm too impressed by Baby on Board to give it a merely "average" rating. Reasons why:

Bravo to Voices on continuing to improve their sound, here's to hoping that they continue to sing, to record, and to develop their sound.

As far as high school a cappella albums go, this one is the best I've ever heard. I'd even go as far to say that it's better than some of the collegiate albums that I get. However, I still wouldn't recommend buying this just on a whim.

The best part about this album is the soloists. I was tempted many times to give a song a lower rating for many different reasons, but the soloist sounded so good I had to give the higher rating. This is especially true for tracks two and three. It's exciting to know that these kids will soon be in college making whatever group they join better. Some kids pick schools for the athletic programs; these should look for the schools with good a cappella groups.

One major problem here is tuning, but I attribute this mostly to age. I had the same problem in high school and don't expect anything more from someone in that position. Many students are still finding their voice and pushing it to the limit to see what they can do. This often causes pitch problems, which are made (sometimes) painfully obvious on this album.

The blend was also off at times. I couldn't really nail the reason down, though. It was a factor of both the sound production and the singers. Many times, the soloist was hidden within the background parts, or I couldn't understand what they were saying. Every so often, you can hear an individual voice or part stick out as well. When recording, this can easily be overcome by recording separate tracks instead of everything at once; a little extra money, but worth it.

For the type of group that they are, Voices has put out an excellent album. Unfortunately, it only comes in as average on the grander scale. I can't wait to hear from these kids in college in the next few years.

There's much to like on this album. Once again Jung Kim delivers a top-notch solo effort on Ani DeFranco's Rockabye (Jung kicked ass on Stone and Light on Voices' last album), and Sarah McLachlin's Path of Thorns is one of the best renditions I have heard of this perennial college a cappella favorite (featuring Anna Cerilli in a particularly sensitive interpretation).

Tuning problems are much improved over their last album, and because this album has fewer tracks, it has a more careful and focused sound. Studio production is straightforward to DAT, impressive considering how good the takes are, but somewhat of a letdown. As I said regarding After Hours, Baby on Board would be a "must-buy" CD with the addition of some studio production.

Voices has created another fine album to add to their library (this is their fifth!). I look forward to the next.

Voices haven't changed much since their previous album, 1998's After Hours. That's good news in terms of their energetic spirit, their excellent visual design, and their superiority to the vast majority of high school groups. It's great news in that the group features real live basses, who are rarer than long-term relationships in most high school groups. Boy oh boy, is it bad news for their tuning.

Baby on Board is a definite step up from After Hours when it comes to the consistency of the soloists. Jung Kim, Nathaniel Cook, and most of all Anna Cerilli lead a group with no real duds. This apparent improvement may be partly due to the smart decision to include only 11 tracks, versus the last album's 16. Note to all groups: a CD is only as strong as its weakest track, so be merciless when cutting songs. Unless your album is on the verge of becoming an EP, when in doubt, throw it out.

The 2's I gave most tracks reflect these two attributes: competent solos layered over chaotically tuned backgrounds. I don't know whether the problem is simply the ears of the young personnel, or whether more rehearsal time would help. Either way, I can't recommend Voices recordings except as inspiration to other pre-college groups.

To reiterate the most important theme from my review of After Hours: I can't say that I loved listening to Voices' work, but I am overjoyed that they did it. High school groups like this one will, in the long run, raise the quality of collegiate and pro a cappella nationwide. Grateful college groups are going to go berserk with joy when they find such experienced freshmen in their audition pools. Anyway, meeting some external artistic standard is almost beside the point here. For a few hours each week, these kids get to forget about sines and cosines, put aside the Princeton application, and be the Dave Matthews band. If you have to go to high school (I discovered too late that you don't), this is the only way to go.