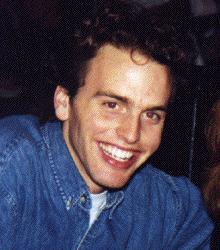 I first encountered a cappella in 1991, as a junior high student in British Columbia, when the Duke's Men of Yale performed at our tiny island boarding school. I vowed that when I got to college, I would sing a cappella, perform wacky skits, and blow that pitch pipe.

Three years later, when I arrived at the University of Southern California as a film school freshman, there was, unfortunately, no a cappella to be found. Soon after I posted audition flyers for the University's first a cappella group, later christened the SoCal VoCals. We were a mixed group that sang mostly contemporary covers, with the odd standard thrown in. After two very successful years of directing, I left the group, but dismayed at the huge numbers of auditionees being turned away, and the continued absence of a second campus group, I founded the Sirens, USC's first and only all-female a cappella group. I proceeded to direct them for five months before passing the group off. Both groups are now firmly established, with regional NCCA wins and appearances on BOCA 2000. A cappella is also permanently entrenched at USC, with no fewer than five groups gracing the campus with song.

Vowing to continue in the great world of a cappella, I began volunteering at a local high school, bringing contemporary a cappella to the high school choral classroom. Completely enamored with teaching, I returned to USC to complete my Masters in Education and get my teaching credential (thesis: "Contemporary A Cappella in the Secondary Choral Classroom", and should be completed in the summer of this year).

While teaching I recorded an a cappella album called Road to Nowhere, recently nominated for a CARA for Best High School Album. My arrangements have appeared in national caliber choir competitions.

Brock owns a real estate brokerage in Los Angeles, CA,and has appeared as a realtor expert on HGTV.