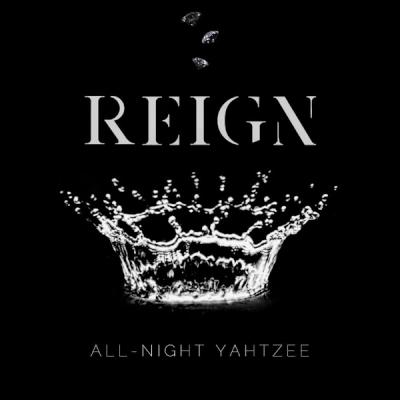 Reign is a fascinating and extremely expressive project, so much so that it feels like performance art, but for the ears. Florida State University's All-Night Yahtzee paints an alluring canvas through music with its latest album, which is full to the brim with unconventional textures, elaborate chords, and ultimately, ends up being incredibly euphonious. This is a vocal experience that you won't want to come off of.

Every inch of Reign feels intentional and embodies true art.

Many of the album's early tracks feel connected, boasting flawless transitions. Even with those that don't, All-Night Yahtzee has found a way to morph mostly pop and alternative tracks into its own distinct vocal style, which comes off more as a complete performance than individual tracks.

What contributes immensely to this collective and unified feel is the group's fearlessness in experimentation, both in terms of arranging and production. Woo is rich with exhilarating vocal textures as the backing group drastically plays with varied rhythms, ambient sounds and effects, and most importantly, dynamics. While the track itself is short, the group establishes a sturdy and fully robust sound, backed by a powerful female-driven lead that leaves you screaming for more.

This trend is carried on in other tracks including Hurts and You Should See Me in a (Crown). The former is one of the most blood-pumping tracks you'll ever stumble across. All-Night Yahtzee does not shy away from big moments as Hurts is filled with one after another while blending pop, gospel, and electronic elements. The song has an undeniable pulse that's constantly driven by well-executed rhythmic concepts and a gradual build of intensity that's felt in each verse and chorus. Nothing is ever forced, and the group has such a knack for making raw energy feel smooth and effortless. Regarding You Should See Me in a (Crown), All-Night Yahtzee pulls out all the tricks to take listeners on a musical journey. The track's well-balanced harmonies truly stand out with the multiple style switches the group employs, elaborately portraying an artsy, soulful vibe that simply rocks, grooves, and captivates till the very end.

Never Gone is one of the album's biggest risks that pays off, as it portrays an astonishing earthy vibe. The beautiful layering and fast-paced vocals are incredible to listen to as the group delivers some of its best and cleanest vocals. More groups need tracks like this one.

Reign is also full of more popular tracks such as She Loves Control / Despacito, New Rules, and Talking Body, which are sure to light a fire within you. In each of these three, All-Night Yahtzee transforms the song either through its skillful singing or the inclusion of highly complex arrangements, adding even more depth to the song.

There are little to no flaws with Reign. Whether you're in search of something completely exceptional for your music collection or want to hear one of the strongest collection of soloists on one album, this release checks all the boxes.

All-Night Yahtzee has been a mainstay in the a cappella community for its dedication to participation at festivals, and it came as no surprise to me that Reign was nominated for a 2020 CARA for Best Mixed Collegiate Album. Quite simply, as per its title, this album rules.

There is a seemingly endless supply of praise from which I may draw, but I am particularly blown away by the interplay between vp and arrangement rhythms. The vast majority of the album features Colette Verner on vp, whose toolkit is as impressive as it is well-executed, deftly facilitating a drop or adding the perfect amount of intensity for the moment. Most of the album's songs were arranged by Gillian Marino, featuring textural shifts, cascade effects, and exceptionally creative syllable choices, a notable feature in Woo and Never Gone, among others.

Not only is the conception of the vocals strong, but the execution is spot-on. The direction to execute /i/ vowels in Woo with glottal strokes might give a classical voice teacher a heart attack in live performance, but the choice on this recording enhances the instrumental interpretation. Not only do the pitches and rhythms tell the story here, but so does the articulation, which is exciting and not nearly common enough in recorded a cappella backgrounds. As for solo standouts, Valeria Rigobon's Talking Body is particularly strong for her effective use of registral shifts and embellishments to further the expressive and impressive conveyance of text.

For my money, Hurts is the standout track on this album. All of Marino's strongest arranging tricks are on display. The pace expertly builds to a strong chorus at the end, utilizing tension and release to take the listener on a journey and then ending with a ritardando, seldom seen and executed well in metronomic, "set it and forget it" recorded a cappella. Cameron Frye's solo is not only compelling from start to finish, but Verner's vp matches the tenor of the piece at every moment.

There are a few moments on Reign that didn't live up to the rest of the album's high bar and felt a bit like fluff, such as She Loves Control / Despacito, but even those are handled with great care in the studio work and execution, making even the weakest links still quite enjoyable.

Thanks to All-Night Yahtzee for its first RARB submission in twelve years. This is a new favorite album of mine, and I can't recommend Reign highly enough for your late summer listening pleasure.

It's been over a decade since the last time RARB had a submission from All-Night Yahtzee, but that doesn't mean the group ever fell off our a cappella radar. This Florida State University-based group is a perennial fountain of a cappella excellence. Reign is another look into how the group has changed over the years, and this album delivers with an explosion of dark and edgy sounds. However, while Yahtzee delivers some phenomenal moments of music, there are some significant disconnects that slightly tarnish what could have been near-perfection.

My biggest complaint with this release is the first three tracks. These works hint heavily at pieces of a competition set, but they don't translate well in studio recordings. Consider the track Should Have Seen This Through. This number is thirty seconds long, with only about 25 seconds of sound. The lyrics all hint at the next track but stylistically match the previous song, serving little to no purpose as an introduction. This track could have been entirely removed from the album and none of the impact would have changed. Slip (Intro) and Woo are slightly different in that they are both more substantial ideas, but each track is approximately two minutes in length. There isn't enough time on either track to explore the song fully, leaving me dissatisfied as a listener. These cuts would be helpful to allow for more ideas in a limited timeframe, but if there's no time limit on a studio album, these short tracks become a bit of a wasted opportunity to showcase the group.

However, once we get into the middle of Reign and the tracks that really define All-Night Yahtzee, there is some amazing material. End is a terrific ballad. Joseph Hennessy's voice is pure and smooth through the entire track and Gillian Marino penned an arrangement that lets him shine for every second. Where most of the album is dark and edgy, this piece is soft and smooth and lets the soloist and the group be truly vulnerable. It's the exact opposite from tracks such as You Should See Me in a (Crown), which refuses to relent for even a second. It stands to show the duality of this group. Many groups will strive to have one very specific style that they perfect, but Yahtzee manages to have an array of styles that it can present well.

When it comes to an overall album score for Reign, I'm torn. Which version of All-Night Yahtzee is the reality? Is it the group trying to cram many ideas into a smaller amount of time, or the group that is fully exploring each idea and giving a stunning performance that is engaging to the audience? I'm inclined to believe that if the group can pull in the listener with shortened clips and finish strong with some amazing numbers, perhaps I'm being overcritical. Take a listen to the full album and see if you agree.