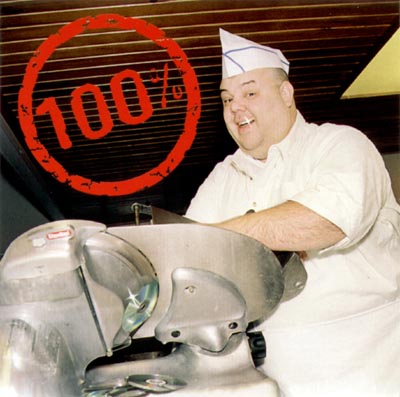 The last time I reviewed Fourth Avenue, I lamented that their second album Why2K? was entirely live and therefore didn't offer me the best opportunity to assess what the group could or couldn't do. Nevertheless, I enjoyed their work and encouraged people to keep an eye out for a studio album from these guys.

Well, here it is, and it's a mixed bag. Right off the bat, it's very short. Only four songs, all originals, and all somewhat up-tempo (or at least, no ballads). Was it worth the wait?

The answer is yes and no. All that was good about the live recording is even better here, with even better vocal percussion supplied by Maurice Harris, who has the benefits of studio wizardry to help enhance his already ample talents. Bass Jim Brown similarly benefits from a studio environment, and he sounds simply fantastic. The sound quality and engineering, an issue for me on the live album, is first rate and shows the group off to great advantage.

So what was good before is great now, and what was lacking before, due to the nature of the recording style, is no longer a problem. However, some problems do remain.

The biggest challenge this album faces in winning over listeners — besides the number of tracks — is the original material contained therein. The best two tracks on the album, Brother and Getting' My Groove On, were a part of the last album, and while these studio-engineered versions kick ass compared to the live recording, only the most die-hard of fans need another recording of these songs. Then again, only the most die-hard fans need any recording that only features four songs, but that's a personal choice. Still, except for a less-soulful-than-I'd-prefer solo by composer/arranger Scott Dawson on GMGO (I liked the live album solo better), these songs join the handful in my a cappella collection to which I can truly rock out (Brother feels a bit like early Scott Leonard). Lotsa fun.

Would that the two remaining tracks compared favorably with the above two. At least then there would be some new and exciting material to make this a must-buy. Unfortunately, they do not. The same qualities that make Brother and Getting' My Groove On enjoyable contribute to my lack of interest in All I Wanna Say and Forget About You. The guys of Fourth Avenue would do well to learn from the good to improve the not so good. Particularly, in a small, ensemble group, a wall of sound is not necessary. When the background vocals sing in harmony with the lead against the bass and percussion, or when the background sings quick, concise, rhythmic patterns to support the bass and percussion, the group is eminently more successful at creating a "groove". The long, sustained chords and/or the repetitive "na na na, now now now" of All I Wanna Say are flat out boring. Also, the background's singing of the song title sounds waaaay too trained and glee-clubby for a song that's trying to land squarely in the rock/pop category. All of this coupled with a relatively uninteresting melody line, rather passively performed by composer and arranger Matt Cunningham, makes for Dullsville...which is especially unfortunate given that it's the opening track.

Forget About You has less quantifiable problems. For me, the issues started right from the top, as the song bears a striking structural and chordal resemblance to the over-performed Change in My Life (I think I might have preferred hearing these guys cover that tune). Additionally, the arrangement plays with some complex chords, and while the guys do manage to stay in tune, for the most part, there is a hesitancy to the intonation and blend which (thankfully) isn't typical of the group. Add to that the lyrics, which feel a bit wordy, and an attempted scat bridge section which is neither sophisticated nor virtuosic, and you have another song which fails to reach its potential.

Wow, I've said a lot for a four-song album. Here's the thing. I liked Fourth Avenue before and I still like 'em. I even like half their album this time around. When they decide to put out the main course, and not just the appetizer, that's the album I'll buy.

"Take a pass on this particular effort and wait for the studio album" was my departing comment on Why2K?, Fourth Avenue's most recent, live album.

And here it is...sort of. 100% is just an EP, a mere four tracks long, but it shows promise. All the tracks are original, and production duties are nicely divided, with each member appearing as at least once as writer, arranger, or producer (except Maurice Harris, the percussionist, mysteriously absent in virtually any other capacity).

But despite the do-it-yourself nature of the album, Fourth Avenue knew when to bring in the pros: a cappella producing god (and ex-RARBer) Gabriel Mann appears as mixer, and his trademark deep thump and full mix give Fourth Avenue a professional feel and balance.

The songs themselves are catchy and harmless, a sort of light adult pop. Of particular note is Matt Cunningham's Forget About You, a skillful blend of classic a cappella sounds with more contemporary pop hooks. The best of Rockapella comes to mind.

If you liked Fourth Avenue's live album, you might as well pick this one up to tide you over. The rest of us will keep waiting for the full-length deal.

Fourth Avenue's 100% comes in at about 85%. Tuning, check. Blend, check. Production, check. They have the fundamentals down; they just aren't terribly special. Excellent vocal percussion by Maurice Harris is the only "wow" you'll find on this disc.

All four originals are reasonably catchy, but not memorable. The themes are pretty cheesy and familiar (love lost, worldwide brotherhood, etc.) and work best in a cheesy, familiar setting. So my favorite track turned out to be the straightforward Forget About You, a simple doo-wop arrangement that stands in contrast to the multitracked, percussion-heavy pop of the other tracks.

The upside is that there aren't many flaws I can point to. There's some weird block vibrato on All I Wanna Say that I would have smoothed out. And while it's always tempting to grab the solo on your own composition, Scott Dawson does Gettin' My Groove On no favor by taking the lead himself. Luckily, Matt Cunningham and Ryan Holway have a smoother and more natural presentation on the other three songs.

100% shows promise. Ultimately, it's not that different from what a lot of other pro groups are offering. Before buying, I'd wait to see if Fourth Avenue can find a more distinctive voice.

Available from Mainely A Cappella and through the Fourth Avenue web site.