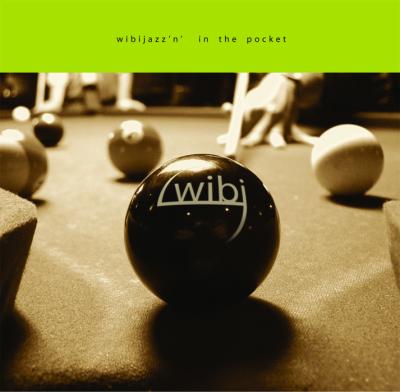 Wibijazz'n'. I heard the name and sighed. It conjured up the nightmarish imagery of 12-16 pairs of glitter-gloved jazz hands and matching red, white, and blue vests. I began to imagine dense chords, syncopated rhythms and breathy delivery masquerading as actual jazz. Minkoff, stop judging books by their covers and groups by their names. The name Wibijazz'n' is camouflage. Beneath it lurks one of the most inventive, well-produced, energetic, genre-defying, mixed collegiate groups in the Western Hemisphere.

Wibi does some nice jazz, the McFerrin-esque Beyond the Limit being the most enjoyable. They do an outstanding job with pop as well (What a Girl Wants). But they just may be unmatched in their mastery of the '80s. We Belong, Rosanna, and In Your Eyes are all excellent. And Automatic … wow. That's worth the price all by itself. My thumb hurts from pressing repeat so many times.

Arranging, song choice and production are fantastic. Not surprisingly, the soloists range from ok to great. But these are comparisons with the best of a cappella. For a collegiate group, Wibi is that rarest of creatures: strikingly musical and undeniably fun.

Wibijazz'n''s In the Pocket is an unexpected gift from the North. Ignore the wrapping and warm up to this group of self-titled solemn groove proliferators.

Oh, the joy that is Wibijazz'n'. In the Pocket is a CD both for the uninitiated and the well-versed, with a distinctive style giving jaded listeners something new to grab hold of.

Wibijazz'n' brings a unique angle to their repertoire. On the one hand, you get a wide range of pop choices from Christina Aguilera to Toto, updated with jazz-inflected chords and arrangements. On the other, the group litters the disc with minute-long jazz pieces that dazzle the listener with intricate arrangements and chords, weaving parts and soloist in and out. The best results of this approach are breathtaking: their powerful rendition of Rosanna; the jazzy breakdown in the final choruses of Change the World; Kevin Fox's bass clarinet solo (it needs to be heard to be believed). Some choices do fall short, including the overdone Sesame Street theme and the overly long medley that closes the disc, but the group generally picks songs that benefit well from their treatment.

The block singers of Wibijazz'n' create some of the best backgrounds I've heard on a collegiate disc, both impressing and engaging the listener with a bright and energetic sound. Beyond their technical proficiency, the singers really communicate the fun they're having, giving their sound an accessibility many overproduced college groups now lack. If Off the Beat represents the cool kids of a cappella's 90210, Wibijazz'n are the goofy, fun ones from Saved by the Bell.

Breaking the mold of typical mixed collegiate groups, the men of Wibijazz'n' turn in largely compelling solos, with Cory Knight's rich take on Eric Clapton and Mike Peñafiel's smooth delivery on Automatic as particular standouts. Some tough song choices are a disservice to the women; Pat Benatar's power and Aguilera's vocal wizardry are not easily duplicated at the collegiate level. But some singers did manage to make the songs their own, with particular success in delivering earnest pathos on their ballads.

The production is simply phenomenal. The group has an uncanny ability to capture the original sound of their covers, from the spare acoustics of Shawn Colvin to the moody, pulsing chorus of Sting's Fortress Around Your Heart. Purists might harp on the effects that touch nearly every voice on some songs like Automatic or Rosanna, but with results this good, I'm not complaining.

Everybody's got to have a gimmick, and I really like this one. Check this album out. I doubt you'll be disappointed.

Blame Canada for dominating the CARA mixed collegiate categories, for another rocking hit on BOCA 2003, for vocal jazz unlike any you've heard from college groups before, for simply raising the bar on arrangements and production. There's no other way to put it than to say these guys and gals have blend, intonation, arranging, solos, and originality down solid.

I'll get the bad stuff out of the way first, because there's very little of it. A few of the cuts on this album are almost as overdone as The Lion Sleeps Tonight (namely, We Belong and In Your Eyes), which is not to say they're bad. In fact, they're quite impressive, but I would much rather have heard some of the pieces from WIBI FM (take 2) as full numbers rather than integrated into the clever radio-flipping-in-the-car medley that ends the album. More on that later. I would have also liked to see the original artists of the songs credited in the liner notes rather than their composers. It doesn't take a genius to hear Fortress Around Your Heart and figure out that Gordon Sumner is actually Sting, but providing the artists' names would make for easier downloading of the originals off Kazaa later when you are so impressed with the a cappella versions that you want to hear the real thing to compare.

My biggest qualm is WIBI FM (take 2) and its piecemeal offering of some of the best songs on the album. I would pay good money to the group for the masters of these songs. The purity and simplicity of Anne Colangelo on the Sarah McLaughlan favorite Ice Cream is unfortunately cut short. Group alumna Hisani Clarke's performance is a bit longer, but still not enough for me to take in the entirety of her soulful, expressive solo on On and On.

On to the highlights, which is a difficult task because so much of this album is amazing. Solos are top notch. Standout performances include CARA-nominated, BOCA-appearing Steve Luscher on Rosanna, Cory Knight on Change the World and Lost in You, and Hannah Purkiss on Come Back to Me. Kevin Fox's performance in his own arrangement of Beyond the Limit is an instrumental solo reminiscent of Bobby McFerrin. I could go on to name more than half the group. The arrangements are lush, complex masterpieces that highlight the production quality, talent, and versatility of the group. Fox, responsible for many of the stand-outs on this album, demonstrates a flexibility between genres and styles completely absent from most college arrangers. Perhaps most impressive is the group's incredible vocal jazz talent. Between Beyond the Limit, A Night in Tunisia, Change the World, and Pinball Number Count, you will be utterly impressed. Move over, Manhattan Transfer and Swingle Singers. Wibijazz'n' really is jazzin'.

I don't need to go into how the syllables, dynamics, and blend all contribute to the CD's exceptional quality. The skillful engineering, mixing, and mastering only enhance the raw energy and talent of the group's members. There are few, if any, weak links in the Wibijazz'n' chain. With this level of professionalism in all areas, the group is sure to have more than just a good review In the Pocket.

Ordering information found at www.wibijazzn.com or e-mail Erin at wibijazzn@rogers.com.