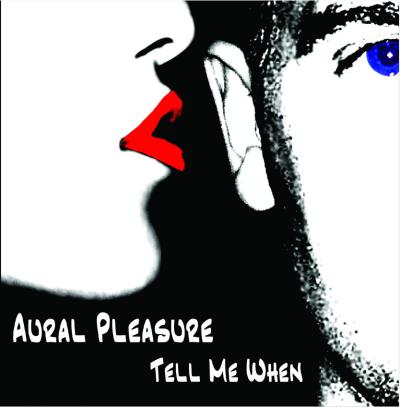 I saw Aural Pleasure perform at one of SoJam's afternoon concerts and was impressed. They had great energy and were very entertaining — I would have liked to see them in the evening show. So I was looking forward to getting their latest album in the mail and thereby receiving ... ahem ... aural pleasure. It's been a while. Excuse me a moment. I'm going to listen to Gravity from Awaken's newest album, and Nothing Compares 2 U from The Bubs's Code Red.

All right, I'm back.

Unfortunately, Tell Me When is a disappointment. It opens with a bouncy Jack and Diane, but pitch issues in the solo brought things down. This song foreshadows the rest of the album. Head Over Feet was the most egregious (Island in the Sun comes in second), with some really flat female sections. But most of the songs at one point or another have pitch issues in either the soloist or the background.

The group has the talent to put out a great album, but they need to pay more attention in the initial recording phase. If a part sounds bad, it's time for a retake!

The group has a good sense of feeling and good energy, but lacks follow-through. The openings of most of the tracks are great, but things falter as the song progresses. There is a nice build at the beginning of Two-Step and some nice oohs from the soloist, but the mood is killed when the altos come in with incessant, pounding beat a lotta beat a lotta beat a lottas.

Some of the production choices were ill-conceived. Katie Sloop contributes a nice solo on Special clouded a bit by the effect on her voice. The overly busy (and painfully pitchy) background distracts. Sunday Morning was another song with an obvious effect on a good solo that didn't improve the song. The delay on Dave Mann's voice in Don't You Forget About Me is heavy-handed. The arrangement is also a bit jarring in its choice of vowel sounds, specifically in the choruses and bridges.

Many of the arrangements are done by people not in or no longer in the group, including a fun original from one Jonathan Hansen (Nooney's Theme) with a hook a mile wide: "At least I got laid last night.".

The track that shows the most promise is Winter. Nicole Setzen is great on the solo, and the group captures the sweet melancholy of the song. The production is subtle and effective.

If aural pleasure is what you seek, Tell Me When can't really deliver. But go see Aural Pleasure live and hold out for their next album. And ask Tom for his lyrics. They are pretty funny.

With the help of ‘Dio, a rising star in the world of collegiate producers, the sound of Tell Me When is a lot cleaner than Aural Pleasure's last outing. The listener gets a balanced, warm blend that works well on songs full of harmony, like Winter or Don't You Forget About Me. Unfortunately, a cleaner mix still doesn't hide some sloppy singing (typically rhythmic errors on unison parts) and a lack of oomph that would make Aural Pleasure stand out from the legions of mixed groups out there.

Having worked with Gabe Rutman last time around, Aural Pleasure keeps the Off the Beat alum theme going and enlists Rob Redei on this disc. His four arrangements are typical Off the Beat-style — busy, strange syllables, slightly cacophonic at times. The problem lies in the fact that OTB arrangements require a superhuman dosage of edge and energy in order to pull them off. What we are left with instead is a mellow, listless shadow of what the arranger intended, with counterrhythms and dissonances lost in the shuffle. As on Lend an Ear, Aural Pleasure's own arrangements here are solid though sometimes simplistic; I'd rather see them better develop in-house talent than try to pull off the work of hired hands.

Solo performances also remain a weak point for the group. While the blocks were largely solid, most of the solos failed to distinguish themselves from the rest of the pack. I did like Amber Norris's spunky delivery of a No Doubt cover, which I found more interesting than the pleasant but somewhat unremarkable CARA-nominated solo on Winter. But to each his own!

The album picks up a bit of momentum in the latter half, with tracks 9-12 all solidly engaging. Aural Pleasure seems to fare best with happy, fun pop fare (e.g., Jack and Diane, Island in the Sun) or heartfelt ballads (e.g., Fast Car, Winter). Anything outside those genres falls flat on its face, with the horrendously tuned Head Over Feet or the laughably upbeat version of Special springing to mind. The disc concludes with a somewhat odd original by Mr. Jonathan Hansen, with the chorus: "At least I got laid last night, life can't be that bad…". Ummm. Right. I have to give points that they have the guts to end an album like that. But I can't promise I'll listen to said album again.

Tell Me When, is an average, but promising, recording from Emory University's Aural Pleasure. Quality-wise, the disc is a heterogenous mixture; forays into greatness are juxtaposed with dips into weakness, thus cancelling each other out and forcing the disc squarely into an overall score of 3. Though the album may not have scored higher, Tell Me When certainly qualifies as an above-average collegiate album, thanks mostly to some charismatic solo performances, energetic backing voices, and solid production. We can expect great things in the future from these Emory University singers.

Most collegiate groups neglect to strive for, let alone achieve, a high (and potentially costly) production level. Uncharacteristically, Aural Pleasure takes a bold step. From the first note, it is clear to the listener that the group holds itself to a higher standard. Few collegiate debuts hit your ears with a rich, shimmering, well-recorded "Bah" like the one heard in AP's opener, Jack and Diane. And yet, despite a surging start out of the gate, the track goes on ploddingly, revealing a numbingly repetitive arrangement and an overly-enunciated solo performance. Aural Pleasure does not yet execute at the level of their ambition.

The group succeeds at a high level when they combine a brilliant performance with the stellar production of engineer Dave Sperandio (AKA "Dio" of Diovoce fame). A former UNC Clefhanger turned a cappella pro, 'Dio is responsible for having first brought Aural Pleasure to my attention by including Winter on the Diovoce Sing compilation — a disc which, incidentally, comes highly recommended from this reviewer. Winter is a highlight on Sing, and, accordingly, the primary highlight on Tell Me More, as well. The track features a lush, thick group recording, near-perfect intonation, vibrant dynamics, and a soloist, Nicole Setzen, deserving of her recent CARA nomination. The track does a lot more for me than the cover heard on BOCA 2004 (which I choose to point out herein more in the spirit of praising Aural Pleasure than as criticism of the USCB Naked Voices' version).

Though not as completely engrossing or dynamic as the incomparable Winter, the album boasts a few other winners: Special, As Cool As I Am, and Sunday Morning are lively, well-tuned, in-the-pocket cuts. Further kudos are deserved for another soloist, Ryan Wilensky, who brings a bite and edge to a challenging lead on Sympathy for the Devil. I wish there were more soloists in collegiate a cappella like this guy.

Of the notable scores I handed out, the 2 for Innovation/Creativity was due to the dearth of original arrangements. The glaring exception is the hilarious meta-cappella original, Nooney's Theme, by Jonathan Hansen, a former member of the University of Albany Earth Tones. The track boasts a few surprises and some clever aca-community references. A must-listen for anyone on the RARB Forum.

Most of the lowest individual song scores can be traced to a lack of musicality basics — energy, dynamics, groove, tuning — either on the part of the soloist or the group. The percussion overall seems to have been neglected, and strikes this reviewer as an afterthought. Percussion is the main area where production could have been improved.

Overall, I would recommend against purchasing this album. However, be sure to keep an eye (or ear, rather) out for Aural Pleasure's next release.

Albums can be ordered through the group's website or by emailing info@auralpleasure.org.