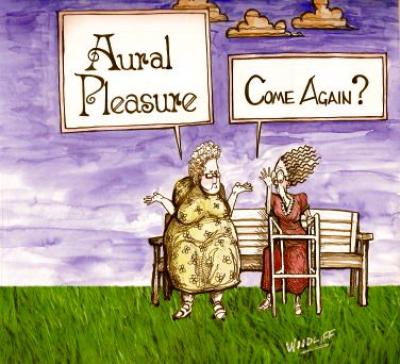 Come Again is fun, actually fun, which makes the singing and pretty much everything else better. There are some great performances (They), some amazing solos (Tye Tavaras) and some terribly written songs (How to Save a Life, My Happy Ending). Also some heavily audible auto-tune mixed alongside incongruously natural singing, some basic-but-groovy percussion and a sprinkling of some amusing "wiki-wiki-wiki" bits. That's a lot of something, and the sum of all those somes adds up to something more.

I love that these up-tunes actually get up and go. Sin Wagon moves, even carrying the load of its costume-shop twang and that "doo"-filled, quota of a cappella 101 arrangement. Elsewhere in the lineup, It's All Been Done for once doesn't sound tired and My Happy Ending forgets it's a crappy song. Even the bland songs sound okay, like the innocuous Say It Right and yet another Wonderwall, here equipped with a better-than-average solo on the chorus.

And now the superlatives: They is straight up sugar. Soloist Leila Elamine totally out sings droopy original artist Jem, while the rest of the group bops and cavorts with what sounds a lot like glee. Glee is good. Especially if you can catch it on tape. Also good is Midnight Train to Georgia, with Tye Tavaras providing one of the flat-out best interpretations you will hear anywhere. What a voice. The rest of the track is just lucky it stays out of the way and doesn't hit an iceberg.

I also give this group strong props for arranging their own Soul To Squeeze, instead of pilfering the fantastic and, ahem, classic version set out by

Befitting its name, Aural Pleasure seems to know how to have a good time. Not only that, they've managed to bottle and sell it.

Come Again? is a very good contemporary album by Emory University's Aural Pleasure. It's full of excellent soloists, good backup singers, good arrangements, and a fairly enjoyable set of song choices. What's not to like?

Well, two things not to like are the double entendres involved with their album and group names; they seem somewhat juvenile to me. And another thing not to like was the very crude bonus track, Dick in a Box. Again: it seems a bit juvenile.

Aside from those items, though, I quite liked this album.

As mentioned, there were some excellent soloists. One especially worth noting is Tye Tavaras. She sings the solo for both Midnight Train to Georgia and Sin Wagon, and has a smooth, buttery sound on both, a little reminiscent of Gladys Knight. I also especially like Trey Mullins on How to Save a Life: he has a nice-sounding voice which reminds me a lot of Howie Day. This doesn’t really count as a solo, but I also like whoever did the strange cat-like sections of They: "chiao chiao cha-nn-chiao, chiao-chiao chiao chiao". (Sorry, don't know how else to describe that.) They were interesting.

One of the album's weaknesses is that some of the songs (They, Midnight Train to Georgia. Say It Right, and In The Meantime) get a bit plodding and repetitive and fail to keep my interest. Another weakness is that the group wasn't terribly original with their song choices. Four out of their ten (non-bonus) songs were ones I have on other a cappella albums.

Something I found interesting: after I rated Soul To Squeeze, I listened to U. Penn. Off the Beat's version. Aural Pleasure’s version was noticeably better — more in tune, better soloist, cleaner sound. This was just a reminder to me of how far collegiate a cappella has come in the past 13 years — I rated Aural Pleasure's version a "3", and it was clearly better than a version that had made it onto the original BOCA album.

As a final note, let me issue a profanity advisory on My Happy Ending: it contains the "s" word.

In summary, I heartily recommend this album to all except those who will dislike the profanity in one track and the crudeness of the final track.

In the world of a cappella pop covers, songs can fall into one of three main categories: current Top 40 hits, classic retro throwbacks, and the songs that were popular four or five years ago that everyone is now sick of. The latter of these categories is unfortunate because the songs are not new enough to make someone say, "Hey! I know this song because it's on the radio, and they're taking it in a whole new direction!" but not old enough to say, "Hey! I remember this song. It's so cool that they're covering it and making it new again." No, instead these songs will likely make people utter, "Ugh. This song again? Why won't it die?"

I'll bet you know where I'm going with this.

Aural Pleasure's Come Again? features an abundance of material that would have made a great a cappella album in 2006. But songs like They, My Happy Ending, How to Save a Life, and Say It Right have since become so ubiquitous in American pop culture that we really don't need to hear them anymore (unless the arrangers take tremendous creative risks, which they did not). And as the icing on the cake, the group decided to end its album with that Justin Timberlake song from SNL a few years back. This is not funny anymore. And probably would have never been funny as performed by a bunch of college students.

But the song selections aren't the only troubles with Come Again?. There is a tangible lack of energy among the group, and at many points it sounds like the singers would rather be anywhere but in the recording studio. The exception to this rule is Tye Tavaras, who carries the group on her shoulders in her two numbers, which are by far the most fun and engaging tracks on the album. Especially evident on Sin Wagon, Tavaras has a combination of natural charisma and raw vocal power that elevates any song she fronts. If the rest of the group followed suit and showed more enthusiasm, this album would surely have a different score.

Arrangements are another problem on this record. Most of the charts are bare bones to the extreme, making the block sound thin and almost unfinished at times. This renders songs like Wonderwall, which has a simple four-chord progression, total snoozers. One can only take so much "jen jen jen jenna jenna". Also: What happened to the chord progression in the chorus of How to Save a Life? It's definitely not as it's written in the Fray's version, and it sounds very odd. Did they do that on purpose?

Is there anything redeeming to be found on this record? Well, everything's sufficiently in tune and the block is appropriately balanced. Production is perfectly functional and generally unobtrusive, although occasionally the solos peak out and overpower the block. A few soloists do carry their weight (and only a few), specifically Tavaras and Becky Herring on My Happy Ending. And the album art is pretty pleasing.

Overall, however, this is one to pass up. There's nothing on here you haven't already heard and too much that you've heard over and over. The set list might have been saved by more energy and better arrangements, but as it stands, Come Again? is an album for Mom and Dad and that's about it.