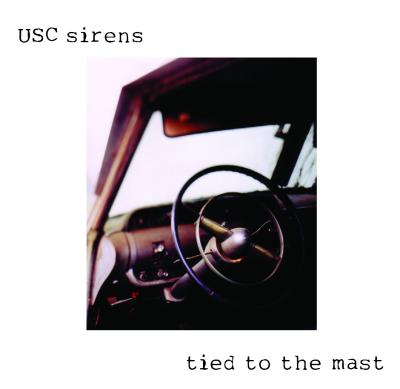 Every year The Sirens seem to do a better job of cleaning the mistakes out of their music. This disc features only a few missteps (the awkward spoken-word intro to the somewhat repetitive They Say Vision; a sub-par arrangement of Strong Enough; a top-heavy block chorus on Shame on You). They're easily ignored, even by a nit-picker like me. Honestly, you could put the leading ladies in front of a Moog track, and the result would be worth listening to. Some sociologist needs to figure out why some groups at some schools are bursting with soloists who put your typical major-label artist to shame, when the equally respected school down the road can't seem to scrape up a single one with an equal combination of maturity, intelligence, range, and power.

I defy listeners to pick out which tracks feature producer/engineer/superMann Gabe as VP guest star. Four different Sirens pound the crap out of the VP on the majority, and it's just some of the best female beats you're likely to hear anywhere.

I've said it before and I'll say it again. Treble pop/rock groups, this is what you're trying to do. Buy it and learn.

The seductive power of the female voice is a phenomenon that has been well documented for thousands of years. Many ultra-Orthodox Jews believe to this day that men are forbidden to hear it. Myths from all sorts of cultures depict men led to utter ruin by its sound. The Sirens, of course, take both their group name and the name of their latest album from one such myth, and on Tied to the Mast, they harness all the power in their voices to create an absolute knockout disc.

The Sirens' soloists are seductive in all sorts of ways, and the repertoire is perfectly chosen to play up each one's strengths. Lauren Labinger (Destiny), Kali Smith (In the Waiting Line), and Mona Elyousef (Glory Box) go for the mysterious, compelling girl-with-a-past sound, all with much success. Angela Lee (Strong Enough) captures the beauty in desperation and vulnerability. Tiffany Nalani Shinn (Cry) and Alissa Lieppman (Come Away With Me) appeal to the hopeless romantics among us. Jenny Bronstein (After the Music Fades) makes religious redemption sexy by taking what was once a pedestrian CCM song sung by a guy and simply singing it really, really low. (And what a low range she has. DAMN.) Rachel Roellke (Shame on You) will appeal to those who like their women assertive, well-read, and politically conscious (who doesn't?). And I must specially praise the group for finding the perfect showcase for the unusual voice of Hildie Murray. A bright, cutting soprano, hers is not the voice most pop songs are written for, and she would probably sound shrill on less-well-chosen material. Instead, arranger Cathryn Masuda resurrected an old Leo Sayer disco gem (You Make Me Feel Like Dancing), and Murray sounds fun and innocent and flirtatious in the best sort of way.

Of course, it also helps that these bravura solo performances are backed by impeccable musicianship. The arrangements, like those on The Bubs' latest, prove that simplicity is often the best policy. The work of Masuda, Shinn, and Katie Sippel is uniformly superb. Alissa Lieppman transcribes Norah Jones's piano improvisations a bit too literally on Come Away with Me, but her excellent, trippy chart for Glory Box more than makes up for the former. (And check out Masuda's VP!) Lee's arrangement of Strong Enough is a wonder to hear. Abandoning literal imitation, it strips the song down to its most basic musical elements and then rebuilds it from the ground up in a way wholly idiomatic to women's voices. John King's two arrangements aren't quite as strong as the rest (not being a woman himself, he can hardly be blamed for not knowing how to do all that can be done with the female voice). Lovin' You doesn't build, and Shame on You's overabundance of quickly moving parts drives the group out of tune. They're still good charts, but The Sirens should not in any way feel the need to solicit arrangements from non-members.

One man who does understand the female voice is, of course, album producer Gabe Rutman. He rocks. Nothing more to say there.

I loved the group's song choices, many of which I was unfamiliar with. I was especially captivated by the Zero 7 medley Destiny/In the Waiting Line. It sounds like a cross between trip-hop and mid-'70s Joni Mitchell. Good stuff.

This is a superb album. The Sirens continue to shatter the limitations of recorded women's a cappella. Don't tie me to the mast, fellow sailors. I'd gladly be hurled overboard to hear these ladies sing.

The devastatingly lovely and talented USC Sirens have done it again. It's clear they take their recording work more seriously than the vast majority of other collegiate a cappella groups, especially those of the female persuasion. But contrary to the belief of some, it's not just their choice of Gabriel "The Man" Mann as a producer and recording guru that puts them over the top.

This is not your typical collegiate, cutesy, kitsch album. There's no comedy, cheese, or frivolity. Tied to the Mast oozes attitude, strength, and depth. The Sirens choose songs that have real impact, lyrically and musically.

The arrangements are driving, luxurious, layered, and rich whether they employ more (Glory Box) or fewer (Cry) dramatic studio effects. Despite the fact that they choose a wide variety of styles to cover — pop, country, rock, folk — the multiple arrangers and performances always bring it back to that distinctive Sirens sound. They excel equally on the biting Shame on You, the lilting Come Away With Me, the syrupy Cry, the dark Glory Box (my favorite), and the playful You Make Me Feel Like Dancing.

Once again, and this is a rarity in collegiate a cappella, every soloist on this album is strong. Rachel Roellke rocks as both a percussionist and soloist (Shame on You). On Come Away With Me Alissa Lieppman's solo leaves me salivating for more. And Jenny Bronstein's sultry alto (After the Music Fades) makes me feel the same way Tom Lehrer does about smut: "Give me more, more, I'm still not satisfied!".

If you want to hear a trite, hackneyed album of feel-good pseudo-entertainment a cappella, buy any one of dozens of other collegiate releases. But if you want to listen to the best collegiate a cappella has to offer, music that will suck you in, compel you to listen, arrest your senses, and seize your brain and body alike, Tied to the Mast is a must.