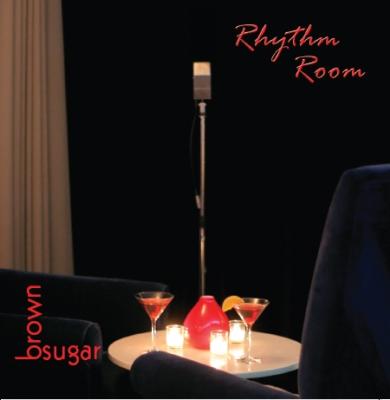 Some of my friends accuse me of being unfairly averse to fusion cuisine. "You like Vietnamese food, you like French food, you like Chinese food, you like Peruvian food — shouldn't a combination of any or all of them be just as good or even better?" In fact, I'm not categorically opposed to genre mashups in food, or music, for that matter. But I do require a clear and well-executed vision to be satisfied, and I find that many lack the discipline and skill to make said vision a multi-faceted one.

And so explains my tepid reaction to every entry I've heard thus far in the Indian collegiate genre, which typically combines Indian music and western pop covers in less than compelling fashion. Whether it's AR Rahman or Alicia Keys, you need to sing the hell out of it and convince the listener why it's worth listening to your version instead of or at least alongside the original. Just throwing two formerly unacquainted ingredients together in a pot doesn't get you points for the effort alone, particularly when the cooks don't prepare the dish very well.

Northwestern's Brown Sugar is the first entry I've heard by a mixed group in this niche. The women seem to be the weak link in this ensemble. The sopranos here generally range from shrieky to whiny, the altos plod along, and the backing vocals suffer accordingly. Madonna's sultry Secret feels tame. An originally sizzling Karma plinks along instead. And all of it is generally out of tune, exacerbated by simplistic and sparse arrangements and production that leave most of these issues right out on the table.

Similar to Penn Masala and Stanford Raagapella, soloists do alright on the Indian fare while tending to stumble on western pop covers. The overlay of As I Lay Me Down on Aao Naa substitutes shrillness for Sophie B. Hawkins' warmth, and we get the same male drones regardless of whether it calls for Sting's dexterity (Desert Rose) or Billy Joe Armstrong's attitude (Boulevard of Broken Dreams). A more charismatic take on Twisted was promptly derailed by background tuning. It's all consistent, but consistently 'meh'.

I get down to kickin' bhangra remixes and play Suphala's genre-bending tabla work at dinner parties, so it's got to be only a matter of time before some group gets it right. But for now, I'd skip the brown sugar and opt for a more traditional but appetizing entree.

The tragedy of engaging source material is not singing it engagingly. Brown Sugar's Rhythm Room is pop songs from the cinema of the Indian subcontinent, sung in the style of American contemporary a cappella. These songs are fantastically exotic, yet lack intrigue. Rhythm Room unveils a group tied to the rigidities of the studio yet not entwined in the passionate arms of its music.

The vocal tones and linguistic textures of Rhythm Room are wonderfully colorful and delightfully alien to the Western ear. Ignorant as I am of the languages of South Asia, I can report only that Brown Sugar wields pure vowel sounds and minute inflections with captivating dexterity. The cadences of innately musical languages pour into musical phrases with a natural ease. The impossibly quick trills and turns of this musical tradition are mesmerizing, and the group's expertise lends the album a feel of foreign authenticity.

Despite the group's commitment to this unique material, Brown Sugar plays the album too safe. Rhythm Room relies heavily on the rarity of its content and the gleam of a polished studio production.

Missing are moving solo performances that keep listeners engaged. Brown Sugar's soloists have voices that are richly mellow but almost indifferent. They sing placidly, without insistence or urgency. Technically difficult solos such as these must have been exhausting to track, with intonation on extended runs of turns that would be only meticulously, tediously correctable. But even the easier solo lines lack intensity. Brown Sugar's soloists simply don't attack lines assertively. Instead, their performances mimic the colorations of their voices: mellow, soothing, full of tone, but restrained and reserved. The studio balance worsens the problem, with soloists mixed back and center and a brightly voiced soprano line that too often crests out of the blend and into the soloist's audio space.

Many of Rhythm Room's arrangements also fail to build excitement. In a charming attempt at cultural exchange, five arrangements blend Asian songs with American pop, but most feel forced. Multiple soloists share these and other songs on the album, and the switch tends to interrupt the energy flow rather than generating an exciting synergy.

Several songs feature sustained blocks of pleasing and interesting chord stacks, but the horizontal motion that builds momentum through the bridge is entirely resting on the vocal percussion. The drum kit mixing is squeaky clean and masterfully crafted to match the feel of these songs, but the driving beats are balanced a bit loud, with prominent snares and mouthy crash cymbals distracting the ear. The result is backing vocals that would stand alone limply, without enough horizontal force to drive the songs.

The material featured on Rhythm Room is compelling enough to support the album, but the romantic drama we Westerners associate with such exotic music just isn't there. Brown Sugar must focus on what makes the South Asian style of music so engaging and teach its soloists to sing with the urgency of this style.

Brown Sugar's Rhythm Room is a nice blend of South Asian and Western music, but I had difficulty becoming personally invested in the album.

The big stumbling block for me was that at most of the album isn't in English.

"Now wait a minute! You can't hold that against them!"

Well, you're right, I can't. However, when no English translation is provided in the liner notes of an album intended for a primarily English-speaking audience, and nine of thirteen tracks are medleys of American pop songs and soundtracks from Indian movies, then I can't help but feel excluded.

If there wasn't enough money to print translations in the album, a note saying that translations are available on website would not only feel more welcoming to us unfortunate monolinguists, but would also potentially increase traffic to Brown Sugar's gig page, bios, alumni association, etc.

Sorry about that tangent. RARB is lucky enough to be receiving more multicultural and foreign albums lately, but this seems to be a point of difficulty for most of us reviewers. "Repeat Listenability" is the only category to reflect this issue. Everything else is scored to the best of my ability based on the music alone. Speaking of which ...

Brown Sugar is often very pleasing to listen to. There are very few moments when soloists or backgrounds detract from the song. Unfortunately, there are very few highlights to speak of either. I don't think this is due to a lack of creative vision but a lack of creative focus. It's as if Brown Sugar put some fruit into a glass and called it a smoothie.

What I meant was that the original ingredients of these medleys, Indian movie soundtracks and American pop songs, are still very distinguishable since very little blending has happened to create something new and unique to this group.

Don't get me wrong, there are nice things to listen to. Manjari Rananathan's solo in Kaisi Paheli Zindagani is playful with a light tone and just enough ornamentation and dynamic variation to retain interest without being effusive. The "Mmmm" in My Dil Goes Mmmm/Karma is the closest I came to singing along with this album with its flowing melody and complimentary counter melody in the background. The whistling in Dilbara is well-executed and is a rare occurrence in a cappella. It's just that when the album is over I have a hard time remembering how any of it sounded.

A few reasons for the music being unforgettable pop into my head besides the disinvestment previously mentioned. Aao Naa's energy never gets out of first gear and sets the tone for the rest of the album. The percussion supports the groove adequately but bare boned one-measure phrases dull its impact. The occasional tabla and other various auxiliary percussion in Jiya Jale and Dilbara really help to revitalize the groove. While there are interesting ostinatos scattered around the album, they are more often than not drowned by a sea of whole note "oo"s or "oh"s. Dynamic variation from phrase to phrase is minimal. While none of these factors are crimes in and of themselves, when they occur simultaneously verses, choruses and entire songs began to run together.

"Why don't you wrap this up with some pointers for next time so you don't sound cranky and critical?"

Brown Sugar, not everyone has to sing all the time. If, however, you really like the choral "oo"s and "oh"s as a foundation for your arrangements, then next time I recommend making them a bit quieter so that those seemingly inconsequential ostinatos can make a bigger contribution to the texture of the piece. If you plan on making a multitude of medleys for your next album, work to create large differences between songs so that they don't lean towards being formulaic. And to sum up my earlier rant; include translations if your intended audience speaks a different language than the majority of the album.

I hope Brown Sugar makes another album and I hope that I'm able to review it because I've got a hunch that with some refinement their musical smoothie will be delicious.

To order this album, visit the group's website or contact the group. The album will be available soon on acaTunes.