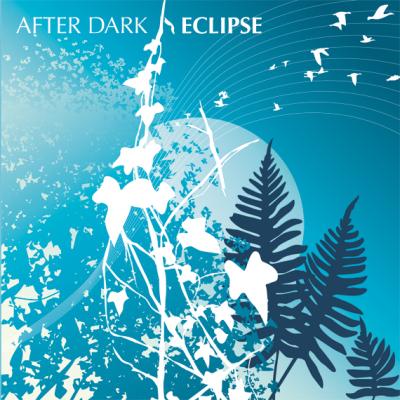 The kids are alright after all. After Dark, founded in 2001 and the third mixed group at Washington University in St. Louis, show themselves to be quick learners with their solid and engaging album, Eclipse.

Eclipse starts with a bang — a high-energy, hilarious take on the theme song of recent B-movie "Snakes On a Plane". From the skillful arrangement to the stacked harmonies on the choruses to the hisssssssssing that periodically creeps into the mix, this is one of the best tracks of the year. Mama's Room is a great follow-up, with a smoother, electronica take than the bouncy original (though I wish the soloist hadn't chosen to sing the harmony line so often). I was also moved by the fabulously dramatic Ready for Love, filled with individual melodic lines emerging from and fading back into the woodwork. Though this India.Arie song is fast becoming an overcovered staple of mixed collegiate groups, After Dark's fluid performance of Lindsay Miller's stellar arrangement separates them from the pack.

Arranging is becoming a lost art in collegiate circles due to over-reliance on studio magic, which makes the above average work on Eclipse that much more compelling. Besides the aforementioned "Snakes On a Plane" and Ready for Love, Jazzy Danziger's work on Mama's Room and Worn Me Down stands out. [Danziger is currently a RARB reviewer.] I thought Tat Tong's mix could have better articulated the pieces of the textured, layered approach favored by After Dark, and also was a bit treble-heavy at times. But overall, Eclipse has a slick, radio-friendly sound that will please casual and rabid listeners alike.

To be sure, Eclipse has some missteps as well. The humor from hearing the Hiro's Song refrain "I don't want to grow old" followed directly by When I'm 64 is snuffed out by weak execution on both songs. Who's Lovin' You, an all-female number, doesn't showcase the After Dark women at their best with a shrill, soprano-focused arrangement and a trio of straining soloists. Actually, most of the solos failed to live up to the group's background singing, though I liked the smooth, warm bari-tenor work by Zach Griffin, Miller (! — what a range), and Ryan Lahey on the Boyz II Men and Barenaked Ladies ballads that close the album.

But no matter — these issues are more than forgivable in light of the fun I had listening to Eclipse. After Dark may be relatively young, but their Wash U peers should take note that they've clearly grown up fast.

Eclipse is the second studio album by Wash U's co-ed After Dark, yet shows execution beyond a typical sophomore effort. While Eclipse is not perfect, this group almost ready for the big time.

Eclipse blends a unique and diverse repertoire with a strong sense of musicality. The first three songs are particular standouts. Snakes on a Plane, Mama's Room and Worn Me Down are creative song choices with high-quality arranging and tons of energy. Especially with Snakes on a Plane, I found it nearly impossible to listen without singing along.

Even beyond the initial tracks, I was impressed with the musicianship of After Dark. The members clearly have some vocal chops and typically have above-average intonation, blend, energy and dynamics. Most blocks felt unified, whereas collegiate albums often suffer from sounding like a bunch of parts that have nothing to do with each other. Eclipse shows competence in a variety of genres, from tender tracks such as When I Fall to the energy-laden opener to the tongue-in-cheek Hiro's Song (with a chorus about wanting to explode in a "karaoke supernova" that I found more than apropos for an a cappella group to sing). Soloists were adequate, but generally did not blow me away. The one exception is Jazzy Danziger, who offers the performance of a lifetime on Ready for Love. [Danziger is currently a RARB reviewer.]

While most tracks are generally above average, there are a few duds. When I'm 64 sticks out both as a non-sequitur and as being musically weaker than other tracks, especially in regards to blend and intonation. While having a treble-only track can sometimes work, Who's Loving You (which is performed exclusively by the women of After Dark) does not have the depth to stand up against other tracks. Finally, some people might enjoy After Dark's gentler treatment of the iconic Don't Stop Believin', but not me.

Perhaps the weakest aspect of Eclipse is production that I felt held back rather than accentuated the group's strengths. The block consistently sounds a little staid and washed-out. Harmonies are compressed rather than transcending. Emotion feels muted. Take, for example, It's So Hard to Say Goodbye (to Yesterday). I've heard this track so many times it's hard to get excited about another listen, but After Dark builds the harmonies compellingly and reaches a decent climax near the end. While the singing was in-tune, well-blended and musically solid, it didn't feel compelling; a climax that could have been transcendent was merely enjoyable. I blame this on over-production. I would recommend After Dark try more conservative engineering in the future that allows for more human element in their sound. The group sounds like they have the chops to make penetrating cadences and I would love to hear some more raw singing next time around.

Eclipse offers more magic than mediocre. Despite needing a few minor improvements, After Dark is worth a listen.

Why have I never heard of After Dark before? Their new album, Eclipse, boasts some excellent arranging, singing, and mixing.

After Dark's superior decision-making really helps sell this album. It all starts with excellent song choices and some very strong arrangements, especially evident on the opening two tracks. James Cannon's recording prowess is apparent throughout the album — some inspired studio execution puts several tracks head and shoulders above the general body of collegiate vocal music. Finally, Tat Tong's production work really accentuates the sound design of After Dark's arrangements, and the album is not so compressed that we can't appreciate it all.

Eclipse is heavily front-loaded, and listeners will immediately pat themselves on the back for their new purchase. Snakes on a Plane is campy and fun, a perfect opener, featuring a great rap by Colleen Davis.

The strongest track on the album, Mama's Room, follows. The sexy and stylish voice of Julie Kling drifts through the microphone, the speakers, seducing her helpless listeners with little effort. The effect compounds when Jessie Hu and Jazzy Danziger materialize mistily on backup vocals. Ms. Danziger's arrangement is sublime, ably utilizing both instrumental and vocal background parts. [Danziger is currently a RARB reviewer.] The sound design of the track is also excellent, thanks to the arrangement and the mix.

The album coasts on the momentum built by these first two tracks, with very few moments packing the same artistic punch. The tuning on Who's Lovin' You is much too harsh and metallic for this style of song, and the solos sound faked. The studio execution on Beautiful falls under par for the album, and though the mix rescues the song, the banal and artificial distortion on the hook could have been avoided with more effort from the singers. Having a female lead on Don't Stop Believin' — a rare poor decision by After Dark — cripples the song, and the incorrect chords in the verses don't help. The build up on the closing track, When I Fall, takes much too long, and the energy of the original is squandered.

The bridge of Hiro's Song is fun and very Ben Folds-ian, and When I'm 64 is bouncy and charming. It's So Hard to Say Goodbye showcases some very strong soloists, though the knock-out solo is clearly Jazzy Danziger on Ready for Love. (I've been trying to think of a way to smoothly drop my phone number to Ms. Danziger somewhere in this review.)

Eclipse has a few technical flaws. Tat Tong's production is fantastic throughout, but the indiscriminate cranking of the high end produces some ear-splitting sibilants in some of the leads, notably Mama's Room, Worn Me Down, and It's So Hard. That frequency range is really nice on voices, but the equalization needs to be executed with a little more care. The lip smacking, especially in the bass on Ready for Love is just gross and distracting, though luckily not enough to overshadow the lead.

Overall, Eclipse showcases solid fundamentals — arranging, singing, and production — and wise song choices. Buy it. Several of the tracks are sure to crack your playlists.