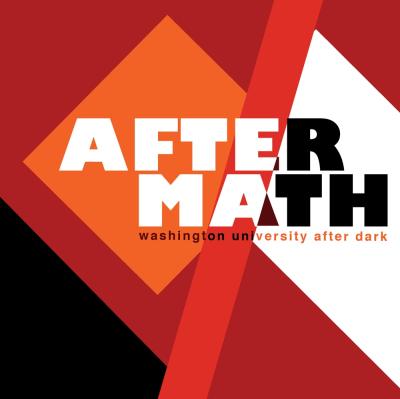 The time for milquetoast-level a cappella recordings should be coming to a halt soon, especially from a group that has given us a lot of the more emotional tracks in the past. After Dark from Washington University seems to be taking a step backwards with their new CD Aftermath. It's a shame, as the group was poised to become one of the Next Big Things.

The album is simply way too safe. It falls so deeply into the velveteen pocket that it's almost to the point of being boring and snooze-worthy. The group has decided not to deride the notion that a cappella is the epitome of elevator Musak, but rather revel in it and exalt the derision.

That's not to say that the album isn't pretty. Oftentimes the music is so sublime that it borders on euphoric. This is most notable when the group is performing expansive ballads. Not Ready to Make Nice — which I actually wish was a bit more aggressive — works here in an ironic away. It's actually very nice. On Put Your Records On, splitting the solo between a guy and a girl is really effective. It creates a nice story arc, which is incredible in every sense of the word. Thank you for doing that. I'm sure it's not the first version to attempt it, but it's the first that I've heard, so After Dark get bonus props from me. And Across the Universe is a near-perfect song; you simply have to sing an adequate arrangement with some conviction and you are set. They are set. When the soprano duet overlays the top, right after the bridge, the group achieves magic.

And I have to give a nod to the group for venturing out and performing the original song Recant by composer Stephen Harrison and lyricist Colleen Davis. Recant has a nice gothic feel to the beginning. It then meanders into some pedestrian pop music, which is funny because the opening syllables are a bit plebeian, but Davis' solo is captivating with its ethereal quality during the verses. It's on par with Boomerang from Voices in Your Head.

But man, the rest of it is just a drag.

This recording is definitely the Aftermath of not utilizing the solid foundation that a group's alumni have established and exploring the creative opportunities ahead of them. Get it if you are a fan.

After Dark's newest album is an okay release. There are some high points and some low points, but for the most part it sits in the middle of recent releases. Also similar to its chronological peers is the group's manner of singing, one which I'm seeing (too) often on albums these days.

I want to leave this album alone for a moment and just discuss a general trend I've been noticing. There are obvious exceptions to the rule I'm about to make, but I have to say it: most of the recorded a cappella out there is sung with little to no intent. It's not bad by any stretch of the imagination; what's out there is well mixed, in tune, and in time. I've said it before, but this is only 10% of the battle. When you're on a stage, performing in front of an audience, there are tons of things going on other than the sound coming out of your mouths. There is the space you're performing in, the audience in front of you, the audience's visual of a group on stage, your movement during the performance, and much more. On an album, you have the space between your ears and nothing else. You have only your voice to set the mood, convey emotion, and tell your story. As soon as you forget this, you do a disservice to the people recording, editing, mixing, and mastering your music. You force their hands toward doing more than they would need to had you simply put that extra effort into your singing.

So where does that leave Aftermath? There are a few times when things all gel and really good, moving music comes out. Rachel Tepper's lead on Grace Kelly and Emily Reisman's arrangement of Across the Universe are two of them; the former is notable for Ms. Tepper's use of nuance, while the latter comes together in a lush, choral landscape reminiscent of Rufus Wainwright's rendition of Agnus Dei. Also fun is alumnus Jazzy Danziger's arrangement of Shake It, as treated by (I must assume, because the liner notes are woefully inadequate) Tat Tong. Club beats are his forte, and he makes the group shine on the only really bumpin' number on the disc.

The rest of the album is nothing to write home about. It doesn't make me feel anything in particular, which may be because of some distractingly poor choices in repertoire and arranging. Through the Fire and Flames is made listenable only because of Ed Boyer's work on the percussion; instead of being led forward by a soaring countertenor, Stephen Harrison's baritone solo holds the song back. Put Your Records On suffers because of its oversimplified bass line; without some of the movement and embellishment, chords read as inversions instead of actual movement. I'm Yours eschews some of the more interesting harmonic moments for simple tonic-dominant movement that turns the catchy Mraz tune into a vapid and uninteresting piece of music.

So here's the thing, After Dark. Next time you're about to sing something, stop. Don't sing. Speak your lyrics (or syllables), yell them, whisper them, scream them, anything but sing. Do they carry emotional weight? Are you conveying a feeling, an atmosphere, using nothing but inflection and vocal character? If someone can't tell what you're saying when you're not singing, there's a pretty good chance they won't be able to when you are either. Emote first, and emote so strongly you think you've gone too far, then worry about everything else. You'll blow everyone else out of the water.

Aftermath could be better, could be worse. That was the prevailing thought I had while listening to the new release from Washington University's mixed a cappella group After Dark. The album is completely indicative of current trends in contemporary a cappella at large, though most specifically in the collegiate world: pop-influenced song selection (Regina Spektor, Metro Station, and Jason Mraz), heavy use of auto-tune in the production, some '90s nostalgia (Semi-Charmed Life), and a Beatles cover (Across the Universe). The album, for better or worse, is solidly average.

Aftermath, as I mentioned before, features heavily processed vocals. I realize that the gears of the a cappella world now cannot turn without a little auto-tune grease, but Aftermath doesn't use the tools as effectively as others. The processing effects aren't simply used to create a specific effect or a cohesive whole. Rather, they mask pitch problems in soloists and give the backgrounds a uniform and robotic sound. Some people may find this aesthetically pleasing, but I do not. Bass and vocal percussion sounds are unremarkable but inoffensive. The guitar sounds on Through the Fire and Flames are endearingly dorky but also sound very good.

Soloists are also a bit of a mixed bag, with performances often lacking consistency within a song (for example, the soloist sounds beautiful on the chorus of Please Don't Leave Me but fumbles on the difficult verses). And with the recent influx of Regina Spektor a cappella covers, I've discovered just how difficult her songs are. Fidelity doesn't crash and burn, but the soloist struggles when executing the chorus, and the result seems sharp and off-putting.

But, as I said earlier, the album isn't bad. It has a professional sheen to it, with the pitch being mostly settled in and arrangements coming across as being above-average. The backgrounds blend fairly well, though I could do with them being a little less mechanical. Across the Universe is one of the better a cappella versions of the tune I've heard; it's a bit of a reinvention that is true to the spirit of the original.

After Dark's friends, families, and fans will doubtless be pleased with their efforts on Aftermath. The a cappella world, which has now been exposed to many albums that sound almost exactly like this, may want to look elsewhere to get its kicks.

Order this album on iTunes, or visit www.wuafterdark.com