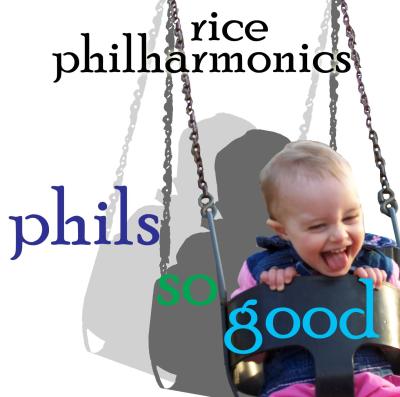 Whaddya know, Phils So Good actually does! Despite its hokey title and of-the-moment song list, this album has got a good beat and you can dance to it. Strong singing, shiny production and a whole lot of good vibes help too. It's a top tier album, one of the ones to watch this year.

Energy is the big success of this disk. Most of the songs hang together wonderfully, and the uptunes have enough groove to get you moving instinctively. That cohesion is the album's biggest success, trumping pretty much everything else. It makes the good songs great and the weaker songs tolerable, and it overrides any questions a listener might be having about the production choices.

The studio is very much an extra personality on this recording. Many of the songs are extremely autotuned, like Cher in Believe or that T-Pain guy. It works well on the album-opening Toxic, joining forces with a strong arrangement and overall charisma. Later on, particularly with weaker material like One Year, Six Months, it's less effective and more gimmicky. I also didn't buy it on Hero, but then again I don't think Frou Frou had that much more to say than Bonnie Tyler did in the original, and I think anyone who covers it should split the difference rather than taking it further into electronicaland.

Solos on this disc are strong, particularly the women and also Payton Odom on Accidentally in Love. The arrangements are kind of hit and miss. I liked Toxic and the energetic spirit of The Sign. Block chord-heavy Fireflies was less successful, and Don't Speak didn't really go anywhere despite an engaging percussion line and a couple of new ideas. Like a Prayer's active bassline was probably fun to sing, but it didn't really elevate the song.

In general, the better arrangements got the better performances, with the glaring exception of Mrs. Robinson, which is woefully out of tune despite a fun interpretation and pretty good setup. The production gets audibly less effective from Galileo on out, which goes to show that studio folks can only work with what they've got.

Overall, Phils So Good feels just fine. I like the women-centric sound of most of the arrangements, which are bright without sounding thin. I like the Philharmonics' attitude. Most of all, I like that they made an album to dance to. It deserves a place among this year's best.

Texas ain't exactly a cappella Mecca; I live there, so I should know. So you can forgive my lack of enthusiasm when assigned Phils So Good, the latest from the mixed-voice Rice Philharmonics. While their previous release, Bridges & Breakdowns, presented solid material, it was ultimately forgettable. Thus, I was pleasantly surprised by the quality of Phils So Good.

Much care has been put into this album. Song choices, particularly in the first half, keep the energy up and make the album interesting. Arrangements work well, highlighting the Phils' ability to juggle multiple rhythmic patterns and to articulate fiercely. Soloists aren't afraid to sing songs like themselves instead of original artists. Production is also stellar, slick without being overly so and adding gloss to well-sung parts.

The first three tracks of Phils So Good grip the listener. Toxic is one of the best versions I have heard, tricked out with well-placed studio effects and compellingly poppy. Accidentally in Love was surprisingly good, mostly due to an excellent solo from Payton Odom. Who knew a little gravel in the lead would make Counting Crows palatable? Then comes Hide and Seek, a gutsy choice knowing the vocal precision needed. This gamble pulls off, and while blend and sync aren't 100%, this track still excels.

But Phils So Good is long for an a cappella album, nearly fifty minutes, and drags at the end with less stellar singing, lower energy, and weaker song choices. Mrs. Robinson stands out for its fun unconventionality, but it's mostly downhill from there. Does Matchbox 20 really rate its own medley (and some of the weakest solos on the album)?

Overall Phils So Good is a step in the right direction for the Philharmonics. By marrying more cutting-edge studio techniques to strong singing, the group's found a winning recipe. Who knows, I might even make the drive to Houston.

A lot of the songs on Phils So Good seem very well done when taken individually, but unfortunately the album as a whole did not seem too memorable to me. For example, when I sat down to write this review a few weeks after I had given tracks their numerical grades, I found myself asking "How did that song go?" even when looking at songs I had given high marks to.

When I listened again to all the tracks, the single most noticeable item on the album was sound production — much more so than on a typical a cappella album. Noticeable production isn't necessarily a bad thing, depending on the specific context. And how it affects the listener is likely a matter of personal taste. But in my opinion both good and bad production choices are evident here. For example, The Sign has quite a bit of reverb at places, and an odd possibly reverb-related effect on the "you" of "happy living without you". Hero also had a lot of reverb. In these cases, the reverb detracted considerably. In Hide and Seek, however, the reverb, which was also quite prominent, helped rather than hindered the overall effect of the song. Also, at times voices seemed rather computerized — Toxic in one example, and Apologize in another. I didn't care for the production effects in either of those. But in One Year, Six Months, the backup voices have a very interesting bell-like quality which I assume also comes from a production effect. And in Don't Speak, the change in vocal timbre from the introductory section to the main song is a welcome addition.

One reason the album was a bit forgettable is that none of the soloists really stand out. There were a few soloists I didn't like (on Accidentally in Love, Like a Prayer, and Matchbox Medley), but there weren't any soloists that I especially did like. A possible exception to that is the top soprano part to Hide and Seek which does a great job on the high parts, but I can't tell whether that was a solo or a section effort.

The arrangements fare better than the production. I liked the way Hide and Seek started out all women, then had the men join in halfway through. I liked the arrangement for Like a Prayer — it had kind of a bouncy bass line, and being a bass myself I'm a sucker for things like that. And although I'm not a big medley fan, I enjoyed the arrangement of Matchbox Medley more than I expected; just about all of the transitions between songs are well done. This version of Galileo is the third arrangement I've heard, and it was my favorite of the three; I especially liked its fast background syllables. Mrs. Robinson also seemed like it may have had a particularly interesting background texture, but sadly the background vocals were sung loud and in your face, so it just left me wondering what might have been.

In all, a lot of the songs were enjoyable, but there were not too many standouts. It speaks volumes about the album, though, when I remember the production engineer more than I remember the soloists.